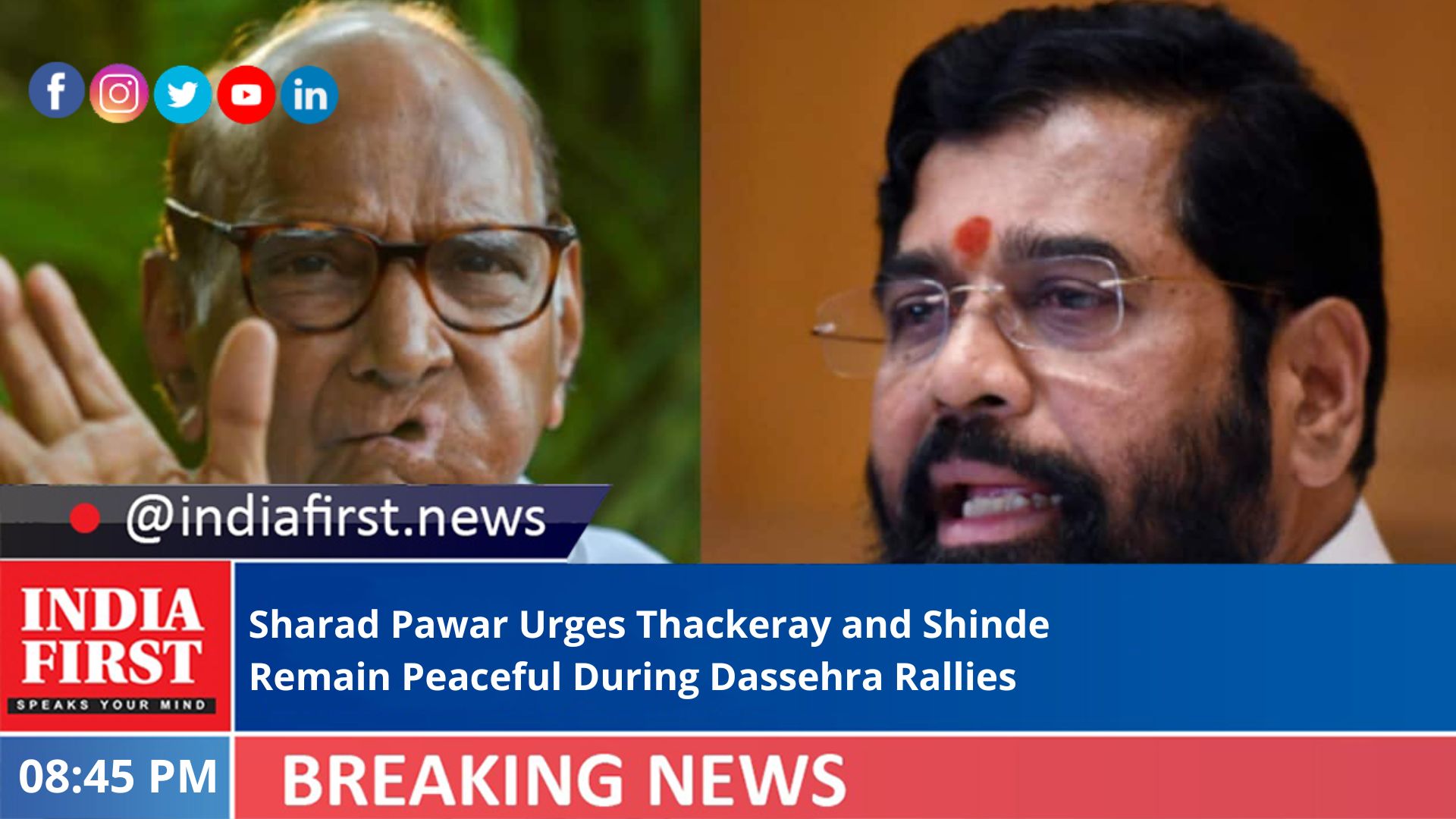 Both factions of the Sena led by Thackeray and Shinde will hold their Vijaya Dashami rallies at Shivaji Park and Bandra Kurla Complex grounds, respectively, under the common party name and an embittered ambience after the Maha Vikas Aghadi government was toppled in June.

Referring to this, Pawar, 82, said that political conflicts are nothing new, but they should be within limits, otherwise it will not be good for the state.

Urging senior and responsible leaders to come forward to enhance the political atmosphere in the state, he said the prime responsibility for this was vested with the Chief Minister of the state.

“He (Shinde) is also the leader of the 14 crore people of Maharashtra and thus has more responsibilities. We can only hope that both sides (Shinde and Thackeray) will conduct themselves in such a manner that bitterness does not further increase,” Pawar told media persons here.

He said if both the (Sena) factions ensure that they will not cross the limits to provoke acrimony, it will improve the state political situation.

To a query whether the Nationalist Congress Party is supporting the Thackeray rally, Pawar said it is the Sena’s event while another separate is being organised by the Shinde Group.

Earlier today, NCP chief spokesperson Mahesh Tapase declared that the Thackeray-led faction is the “real Shiv Sena” though the decision is pending with the Election Commission.

He said that the “real Shiv Sena” carried forward the ideals of its founder the late Balasaheb Thackeray, through Uddhav Thackeray, though two separate rallies are being organised this year in Mumbai.

“One is of the traditions, self-respect, loyalty and philosophy of Balasaheb, that is the Sena led by Uddhav Thackeray, though the EC decision is pending,” said Tapase.

Meanwhile, in the run-up to the rallies, both the Thackeray and Shinde factions have launched an all-out war to woo the Shiv Sainiks, releasing ‘teasers’, distributing invites and full-fledged preparations to lure the maximum numbers.

Both groups are hoping to outshine each other on their individual turf as a statement of the popularity levels and the credibility they enjoy among the masses on the auspicious Vijaya Dashami Day.