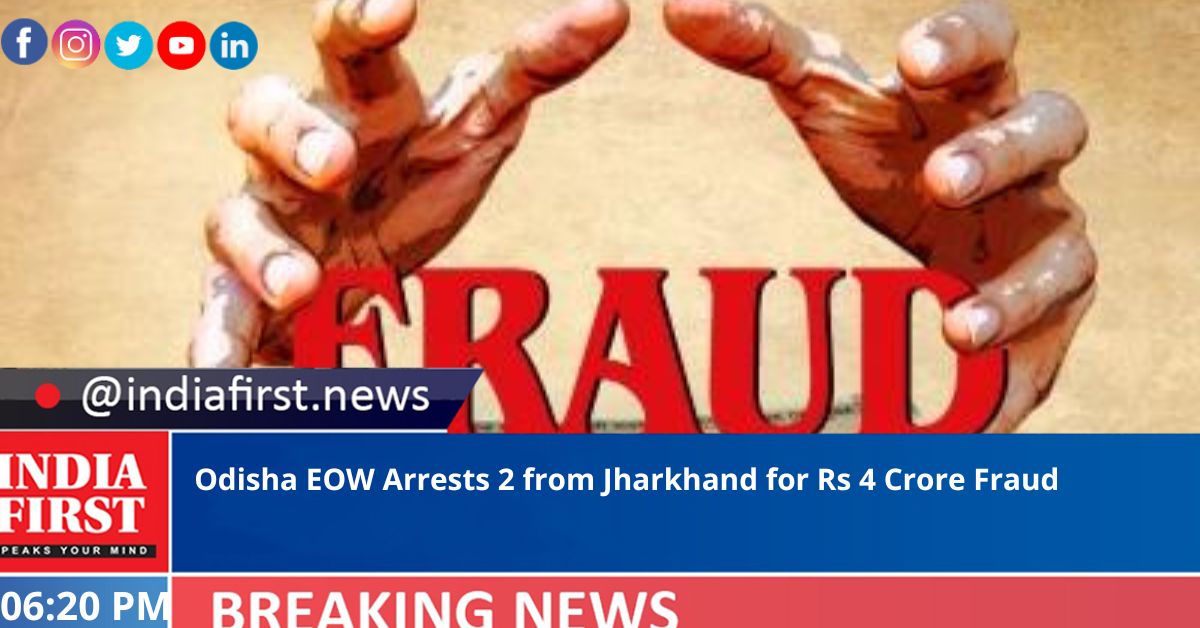 The Economic Offence Wing (EOW) of Odisha police has arrested two persons from Jharkhand for their alleged involvement in a cheating case to the tune of Rs 4 crore.

The accused — Tanweer Nazri and Md. Abdul Hasnain — the president and secretary of Vastav India Trust, respectively have been arrested for duping people on pretext of selling/supplying LED bulbs in their solar awareness programme and giving pre-matric scholarship to the students in their ‘Chuuloo Aasman’ programme, said superintendent of police, EOW, Dilip Tripathy.

The arrested accused persons Tanweer and Abdul, in connivance with others launched two programmes on ‘solar awareness’ and ‘pre-matric scholarship’ namely ‘Chuuloo Aasman’.

Under the solar awareness programme, they used to collect Rs 1650 in cash from each applicant as member fee with assurance to supply them with LED bulbs, he said.

In their pre-matric scholarship programme, the trust was offering the scholarship of Rs 1,000 per month up to 24 months on their one-time deposit of Rs 3,000 as membership charge, said Tripathy.

The accused have collected about Rs 4 crore from more than 3,500 persons. Subsequently, the accused disappeared after closing down their offices.

The trust was inducing the gullible parents and general public in the name of social welfare programme and awareness.

It is totally a money circulation case, the SP said, adding, the trust has also cheated people of other states like Jharkhand, Delhi and Bihar.

“We will alert the concerned authorities of these states,” he informed.