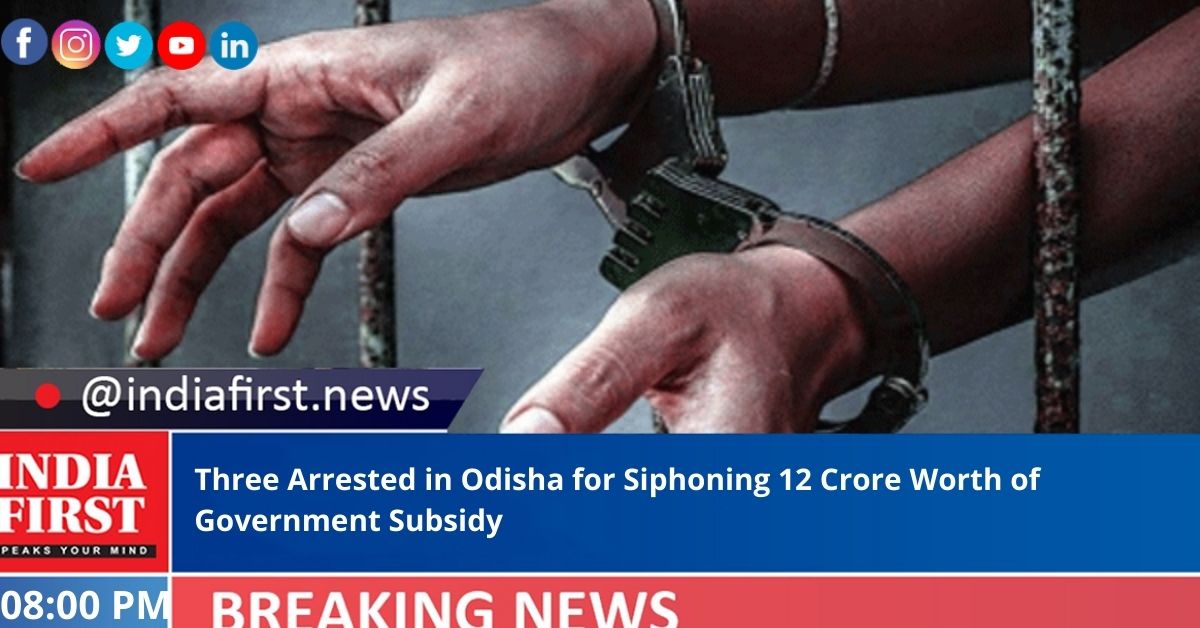 The Economic Offences Wing (EOW) of Odisha crime branch has arrested three persons for allegedly misappropriating government subsidy to the tune of over Rs 12 crore meant for supply of agricultural equipment to farmers, a police official said on Saturday.

They were arrested from Bhubaneswar, Daspalla in Nayagarh district and Berhampur and were presented at a local court in Bhubaneswar on Saturday, an EOW official said.

During investigation, it was revealed that Pradeep Acharya’s firm is registered under direct benefit transfer (DBT) scheme for supplying post-harvest machines, power-driven equipment and rotavator etc.

Acharya in conspiracy with the two other accused allegedly uploaded a series of fake documents in respect of supply/sale of 381 agro equipment to equal number of farmers between 2016-17 and 2019-20, and grabbed the subsidy amount meant for the beneficiaries.

The accused persons fraudulently showed to have supplied more agro equipment than they actually did. In many cases, no equipment was supplied yet they managed to avail the subsidy amount using fake documents, the EWO official informed.

They reportedly took away major subsidy amounts from the beneficiaries using these devious means by paying some meagre amount to the farmers.