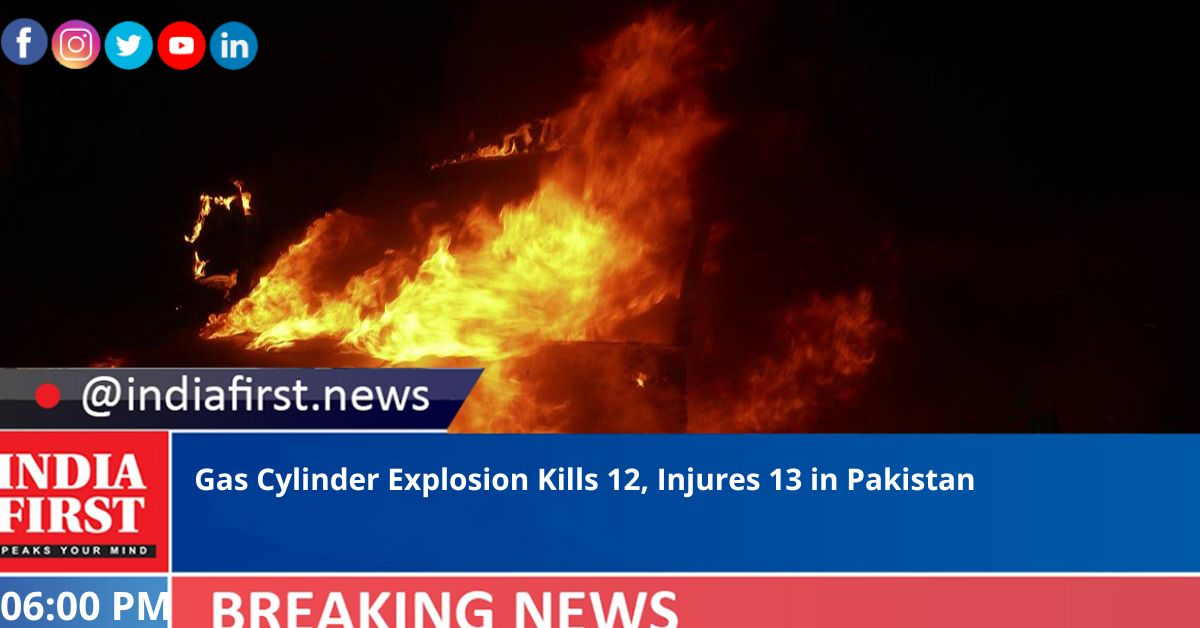 At least 12 people were killed and 13 others injured due to a massive gas cylinder blast at a market in Pakistan’s Balochistan province, a local official said on Tuesday.

Deputy Commissioner of Lasbela Murad Khan Kasi told the media that the incident took place at a shop during its gas refilling process, causing a huge explosion and spreading fire to the adjacent shops in the Bela area of Lasbela, reports Xinhua news agency.

The official said 25 people received burn injuries who were shifted to the Civil Hospital in Karachi, adding that 12 of the wounded succumbed to their injuries during their treatment overnight.

The official feared that the death toll might increase because most of the injured were in critical condition.

The explosion-triggered fire also engulfed other cylinders stored in the shop, leading to more blasts that have destroyed four neighbouring shops and around 12 vehicles parked nearby.