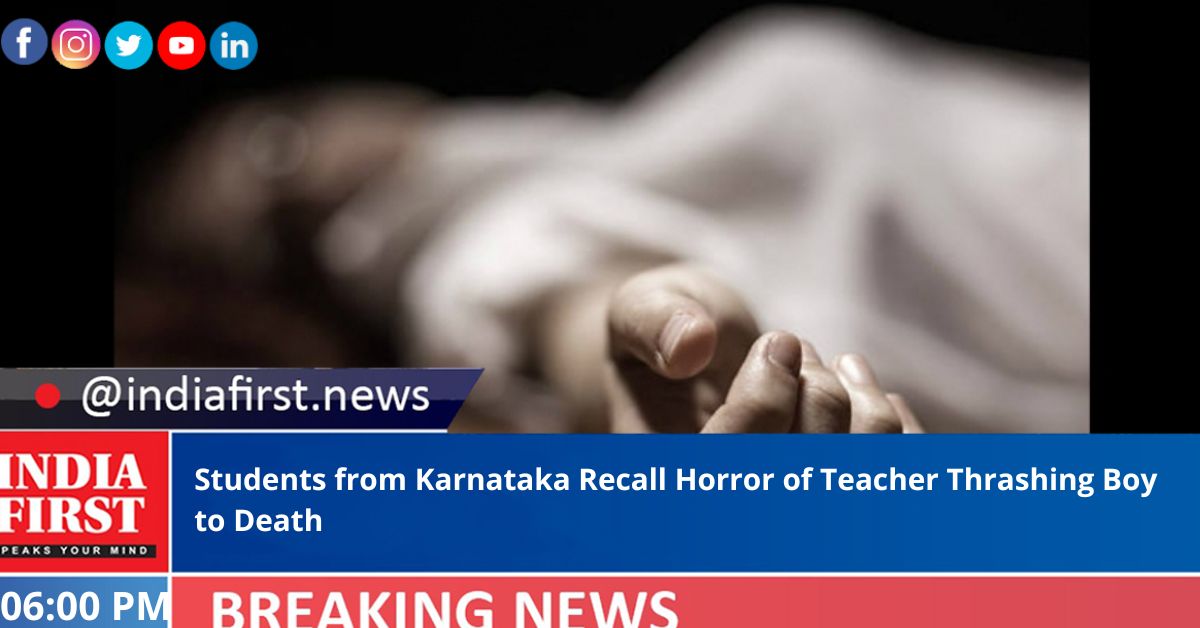 Class 4 students studying in the Government Model Primary School in the Hadli village of Karnataka’s Gadag district on Tuesday recalled the horrific incident of their classmate being beaten to death by a teacher.

The shocking incident took place on Saturday (December 17) and the nine-year-old boy, Bharat Barakeri succumbed to his injuries on Monday. His mother, a teacher in the same school, was also attacked and was admitted to the hospital. Her condition was said to be critical.

Accused teacher Muttappa Yallappa Hadagali is on the run and the police have formed a special team to nab him.

The classmates, while describing the scene, said, “Muttu Sir (accused teacher) had come inside the classroom when we were learning divisions. He asked Bharat to come out of the class with him. Then Muttu Sir told us that Bharat does comedy well. He took him out of the room.

“After Bharat stepped out of the class, Muttu Sir bolted the classroom door from outside. We could hear screams of Bharat and the teacher,” a student stated.

“After some time, the door was opened and we all rushed out to see what had happened. We could see the blood all over the place. Geetha teacher was lying in a pool of blood, unconscious… Later, we were sent home.”

The police have stated that after attacking the boy with a shovel, the accused teacher  threw him off the first floor.

The accused also assaulted the mother of the boy, Geetha Barakeri, for questioning him. When the accused started attacking Bharat, the boy ran to his mother Geetha, who is also a teacher in the school.

The boy was shifted to the KIMS hospital of Hubballi where he succumbed to his injuries.

Naragunda police have registered a case and launched a hunt for the accused teacher. The police sources explained that at this stage of preliminary investigation they are suspecting that the accused teacher and mother of the boy were in an illegal relationship.

The accused and Geetha had fought during a recent school tour before the students. Geetha was maintaining a distance from him since then. The accused teacher, angered by this, resorted to the crime, police sources stated.