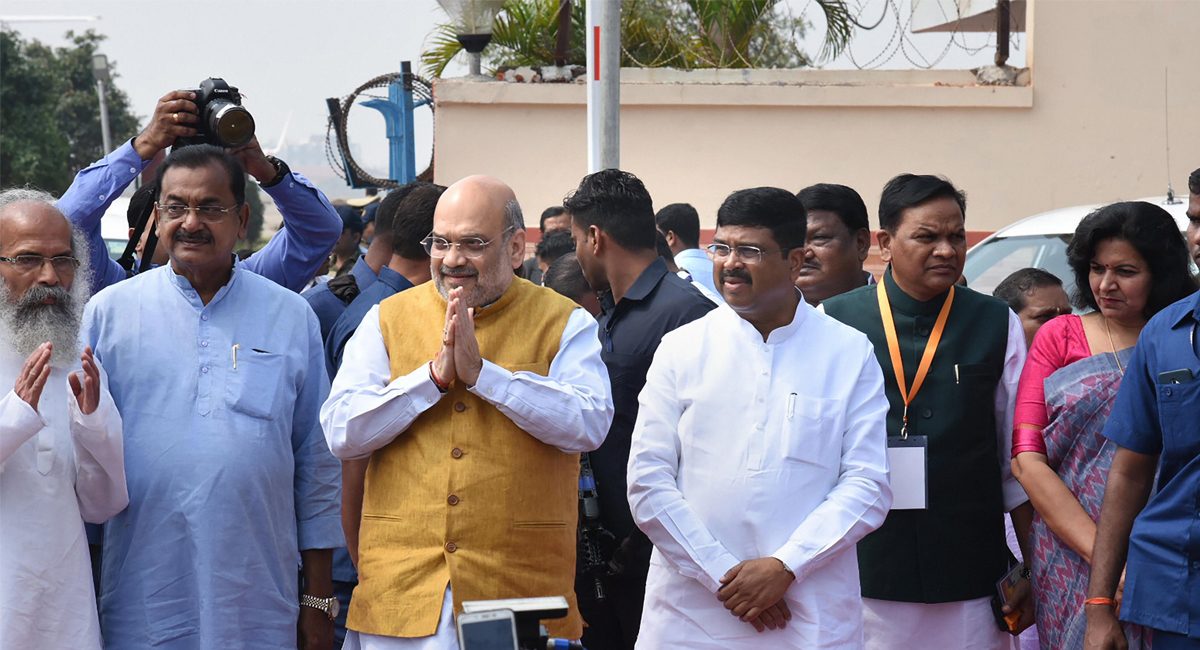 Some high-profile events live up to the hype, some do not, while others lie somewhere in between. Where can the 24th meeting of the Eastern Zonal Council be placed in the spectrum?

The EZC was instituted to improve cooperation and coordination among states, and its latest edition – hosted by Odisha Chief Minister Naveen Patnaik in Bhubaneswar– was scheduled to deliberate on nearly 50 important issues on this side of the country, such as inter-state water matters, power transmission lines, coals mining operationalisation and royalty, land and forest clearance for rail projects, probe of serious offences, cattle smuggling across the nation’s borders, telecom and banking infrastructure problems in remote areas, petroleum projects and sharing structure of centrally collected revenues.

With Union Home Minister Amit Shah as the chairman of the meeting and West Bengal chief minister Mamata Banerjee attending it, too, the anticipation of fireworks at Lok Seva Bhavan on February 28 was huge.

After all, the Trinamool Congress chief has been the fiercest critic of the Narendra Modi government’s Citizenship Amendment Act and National Register of Citizens over the past years, not to mention the fact that she and Shah had a particularly confrontational history over these issues.

In view of the violence that has gripped north-eastern Delhi over the past few days, many political watchers had predicted an intense round of verbal sparring between these two leaders in the state capital as this would be the first time that Shah would come face to face with Didi since the enactment of CAA and after becoming the Home Minister.

Their prediction seemed poised to hit bulls eye when Banerjee – who was already in Bhubaneswar a couple of days prior to the meeting on a four-day visit to Odisha – reacted to the latest round of CAA-related violence in the national capital, saying: “We don’t want bloodshed, we want peace.”

However, on the D-Day, that prediction fell flat on its face.

Make no mistake, Dididid raise the Delhi violence issue at the EZC meeting in the presence of Shah at the state secretariat where the meeting was organised.

“At the beginning of the meeting, I said that I feel sad for what happened in Delhi. There is an urgent need to restore normalcy in Delhi and help the victims and affected families,” Banerjee told the press in Bhubaneswarafter the meeting.

But there was absolutely no discussion on NRC, CAA or National Population Register (NPR), she confirmed.

“They were not even on the agenda. They never raised the issues, so we didn’t either. There was no discussion on law and order,” Banerjee explained.

She only raised the demands of her state at the EZC meeting – just like Naveen, who solely focused on conveying his state’s urgent requirements and expectations before the Centre, whether it be on declaring Odisha a ‘Special Focus State’ due to its vulnerability to natural disasters or seeking special economic package to speed up infrastructural development, or increasing coal royalty.

“If a nationwide analysis is done for teledensity, banking density, rail and road density, East Zone would be at the bottom in all these subjects that are in Union List. There is a need to double the allotments made to this region so that they catch up to the national benchmarks,” the Odisha Chief Minister stated.

Pointing out that his region contributes maximum to the mineral wealth of India and consequently to its manufacturing and energy security, Naveen said the dividends of that contribution should be used to boost economic growth of the region and its people.

What drew the most eyeballs, though, was an entirely different story.

It was photographs of the Shah and Didi sitting face-to-face across the dining table, in the company of Bihar Chief Minister Nitish Kumar and Union Steel and PNG Minister Dharmendra Pradhan, while enjoying the lunch personally hosted by the famously five-time Chief Minister at Naveen Niwas.

The admirable maturity displayed by the two leaders who had traditionally been at loggerheads over their starkly disparate – and opposing – ideologies was not lost on political watchers and the media. Many noted that those photos gave a very important message to every citizen of this nation: despite our differences, we must come together when the time demands.

No wonder, then, that 40 out of 48 issues discussed at the EZC in Bhubaneswar were resolved. Whether the event lived up to the hype is immaterial, but it certainly was a first-class success.