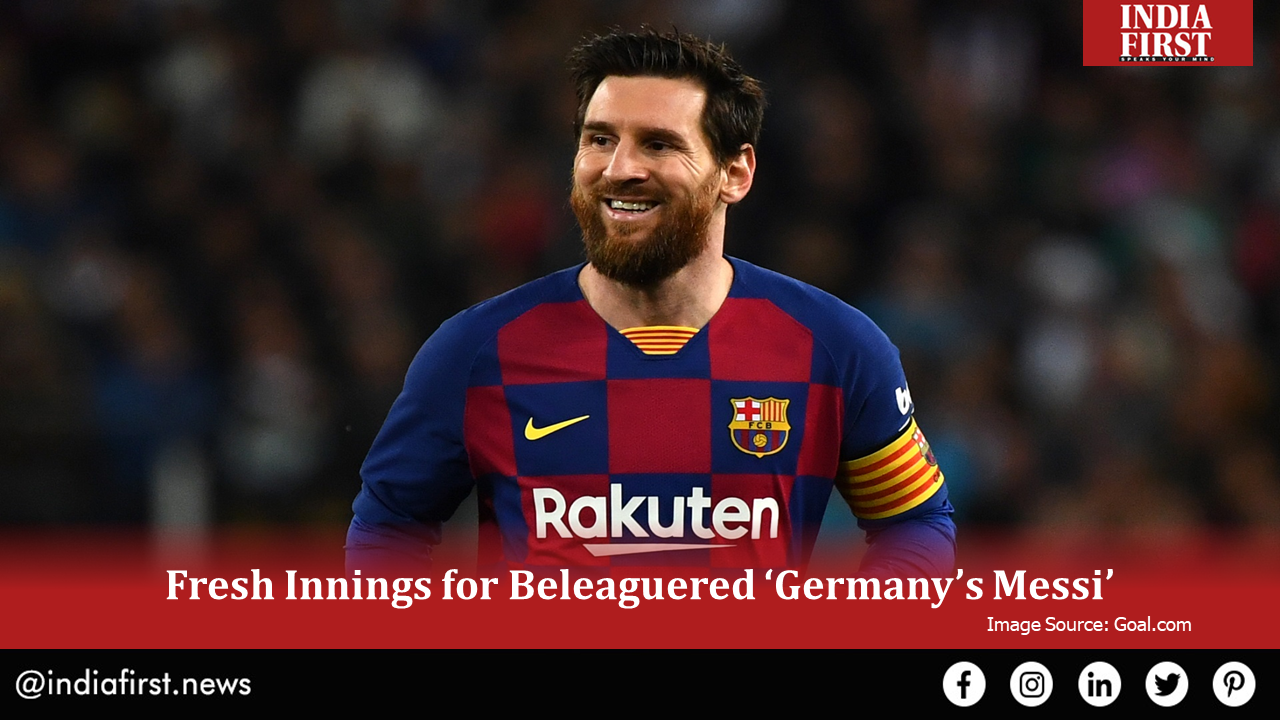 It is a tragedy when the world witnesses a rare streak of genius that is short-lived and fails to unlock all of its potential for a glorious future. In the world of sport, there have been many promising athletes whose careers have failed to live up to expectations and slipped into mediocrity instead.

When Mario Götze scored the winning goal for Germany against Argentina in the 2014 World Cup, the young player was touted as the next Lionel Messi. Germany coach Joachim Lowe believed that he could even be better than Messi and asked Götze to prove himself on the field during the fateful World Cup final.

Götze wove magic through his feet, taking the trophy home while the entire world wanted to witness more of the German powerhouse. However, just like many talented and promising athletes, expectations went through the roof and Götze could not consistently live up to them.

A Borussia Dortmund product, Götze started early with the club, entering its football academy at the tender age of eight. He made his Bundesliga debut for the club in 2009 and was a crucial part of its tournament-winning teams in his early career.

His performance was exceptional, and he was hailed as one of the greatest football talents Germany had ever produced. His extraordinary talent and perseverance were on display on various occasions, especially when he was diagnosed with a hip injury in 2012 but still went on to be a part of the record-breaking Bundesliga winning team that year with Borussia Dortmund winning the competition after scoring seven goals.

He was also instrumental in Dortmund reaching the Champions’ League quarterfinals for the first time in 15 years in 2013. During 2013-14, Götze had established himself as a leading footballer in Europe. His transfer from his home club Dortmund to rival Bayern Munich was controversial and the most expensive in Germany at that time. He left his long-time club just hours before a crucial match between Dortmund and Real Madrid in Champion’s League.

Although Götze started his career at Bayern under his idol Pep Guardiola and made a match-winning debut, the player’s career started declining after its peak in 2014.  His streak of brilliance was on display every now and then, but Bayern Munich could never be Götze’s home, and he returned home to Borussia Dortmund in 2016.

His second run at Borussia Dortmund, however, was tainted with injury and ill health. The sorry state of his career was underlined by the fact that the once hustling Götze who scored seven goals in one tournament only managed to score 14 goals in a span of four years at the club.

Now that Dortmund has let go of its genius find, Götze has moved on by signing a contract with PSV Eindhoven. No major Bundesliga clubs signed Götze amid questions raised over his fitness, and PSV Eindhoven has offered Götze what other could not offer – a relaxed environment to rediscover his love for football.

For Götze, it is important that his new club allows him time to rediscover himself and renew his formidable talent for the team. PSV Eindhoven can be that lesser-known club which will help Götze let go of his past and rebuild his career from scratch.