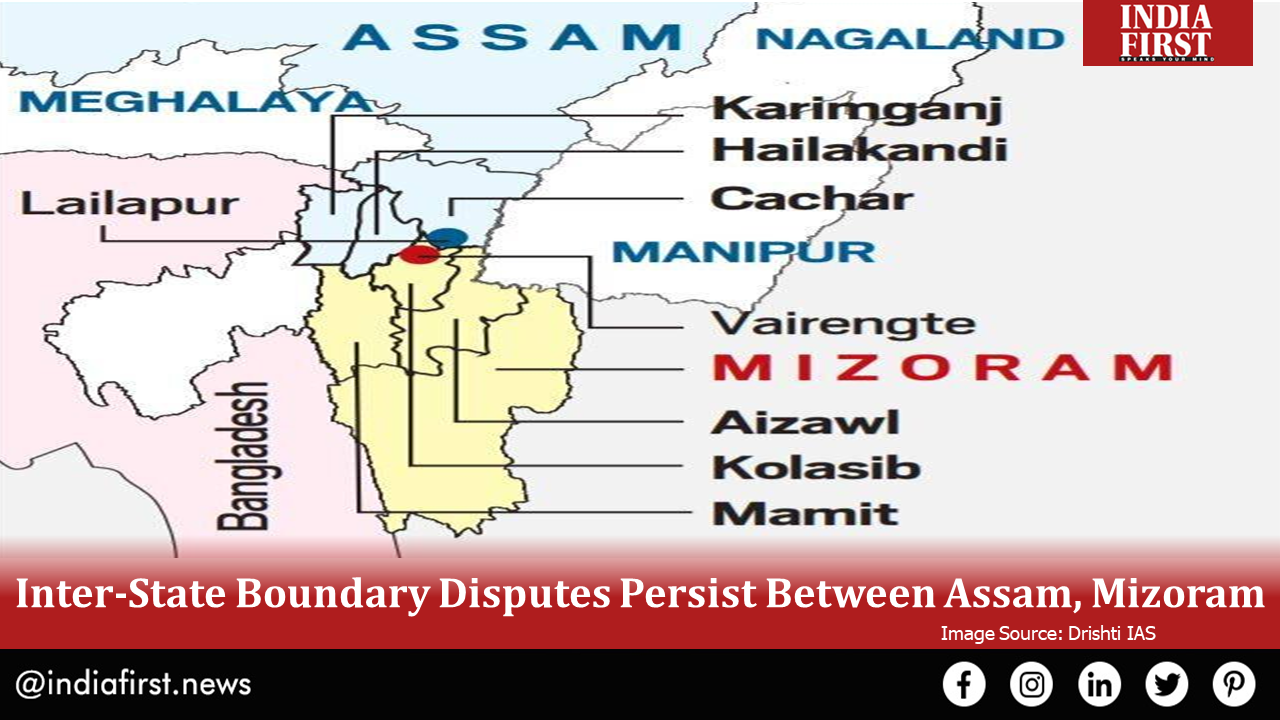 Even as India struggles to settle territorial disputes along its international borders, many states in the country have been unable to resolve their own decades-old boundary disputes. As an ancient country that witnessed the rise and fall of many dynasties and kingdoms, India’s state borders were always in a state of flux. The country saw a transition from princely states to federal states after Independence but even after that, state borders have been redrawn many a time for the current map of India to take shape.

The border dispute between the northeast states of Assam and Mizoram has been a long-standing conflict since the colonial era. Assam was declared a constituent state in the 1950s and lost some of its territory in the next decade. The state of Mizoram was a part of Assam till 1986 and was declared a constituent state of India in 1987. Mizoram insists that the 164.6-kilometre-long border between the two states should be determined as per the 1875 notification while the Assam government contends that the border should have been according to the 1933 demarcation. However, the 1933 demarcation was passed without consulting the Mizo people and the people of the state do not attach much importance to it.

Although the borders are disputed, there have been very few violent clashes between the two states, with the last such row reported in February 2018. Peace was ensured by the governments of the two states when they decided to have no activity in the no man’s land in the border areas.

However, this status quo was broken recently by Assam’s Lailapur residents who built huts in the no man’s land. Mizoram retaliated with fire and set the huts ablaze. According to government officials, the disputed land belongs to Assam’s territory on paper, but the Mizo farmers have cultivated it for many years. Since the two states had decided to maintain the status quo a few years ago, Mizo farmers continued to cultivate the fields.

Tensions between the residents flared after some youths from Mizoram came to Lailapur and attacked a few truck drivers and burnt temporary huts and shops when a COVID-19 testing facility set up by Mizoram on the Assamese side faced opposition as it was done without the permission of the Assam government.

In two separate incidents, there have been two violent clashes between the citizen of the states. Many people have sustained injuries in the clashes and there has been great loss of property on the disputed border. The recent clashes have grabbed the attention of the Central government and the Prime Minister’s office had earlier asked for a brief from Assam Chief Minister Sarbananda Sonowal. There was a meeting between the two states chaired by the Union Home Secretary recently and the Centre and states are working together to diffuse tensions and establish peace once again.