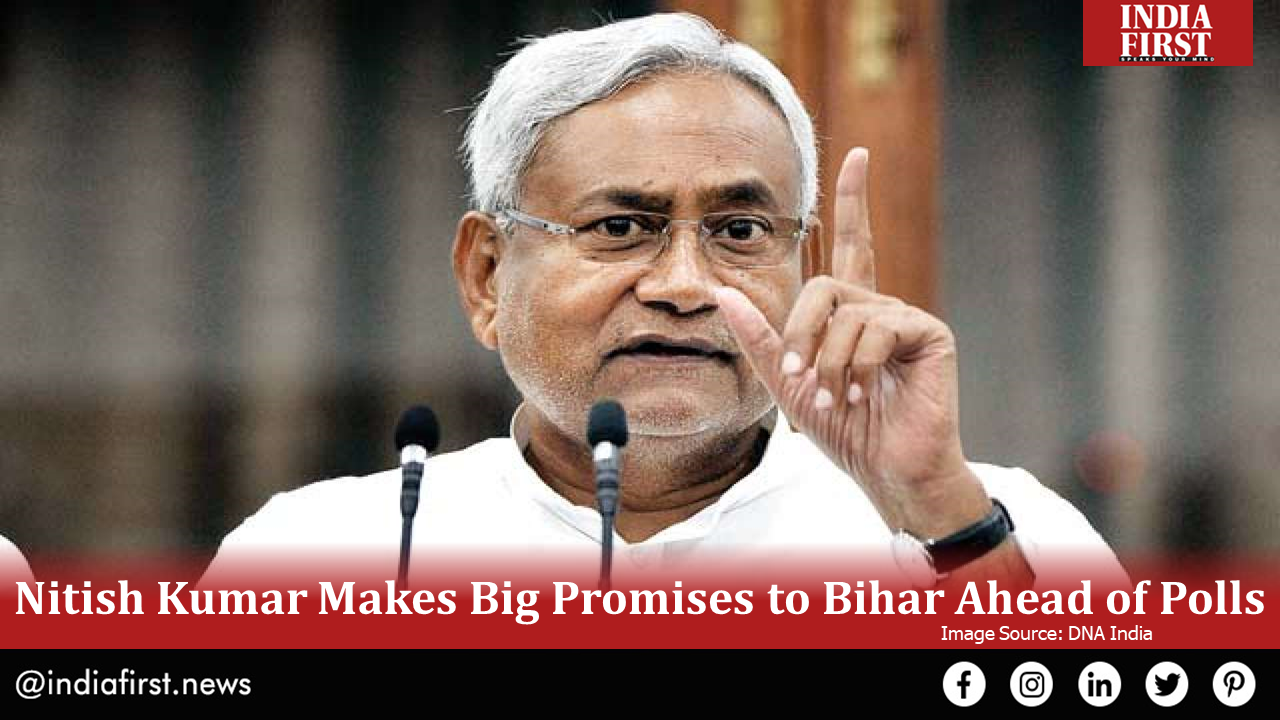 With elections around the corner, parties in Bihar have stepped up their respective campaigns. In keeping with that, the ruling Janata Dal (United) party, under the leadership of chief minister Nitish Kumar, has released its 7-point plan involving promises to the people of the state that the party will fulfil if it is re-elected to power and its boss runs the chief minister’s office for a record sixth term.

The plan, titled “7 Nischay part-2”, is comprised of developmental missions and programmes that the JD(U) government will implement if allowed another term.

Nitish Kumar has said that this is the second part of the plan that was announced under the NDA rule in the state and aims at making Bihar self-reliant, with attention paid to all spheres of the society.

According to the plan, the youths of Bihar will be given opportunities to pursue technical education. The government will also promote entrepreneurship with initiatives in the state.

New ITI and technical institutions will be set up where the youth of the state will be trained in various technical and industrial skills. In addition to this, the government will also set up mega skill development centres that will impart job-oriented training to the people and make the youth more employable by tapping into their potential to be self-reliant and independent.

Tool rooms and training centres will also be set up to give youngsters hands-on skills needed in the industry so that they can be placed as technicians and technical assistants in manufacturing units.

A skill development and entrepreneurship department will also be introduced in the Bihar cabinet, aimed at creating an industry-ready workforce. These steps are supposed to bridge the skill gap for the youngsters and create employment opportunities for them inside the state. Bihar, which has been lagging behind in the industrial sector, will make much progress with such steps.

The government will also support new businesses with grants up to a maximum limit of Rs 3 Lakhs and loans of up to 7 lakhs. To promote women’s empowerment and girls’ education, the Nitish Kumar government will give Rs 25,000 after they pass class XII and Rs 50,000 after their graduation. The chief minister has also promised that there will be greater participation of women in administration, police, and public offices.

In addition, farmers will have ample supply of water and every village in Bihar has been  promised a makeover with solar light installations, liquid waste management systems and tap water. While announcing the plan, the chief minister thanked the people of Bihar profusely for allowing him to serve them for so many years. He also expressed confidence that the JD(U) will again form the government and bring 7 Nischay part-2 to fruition.