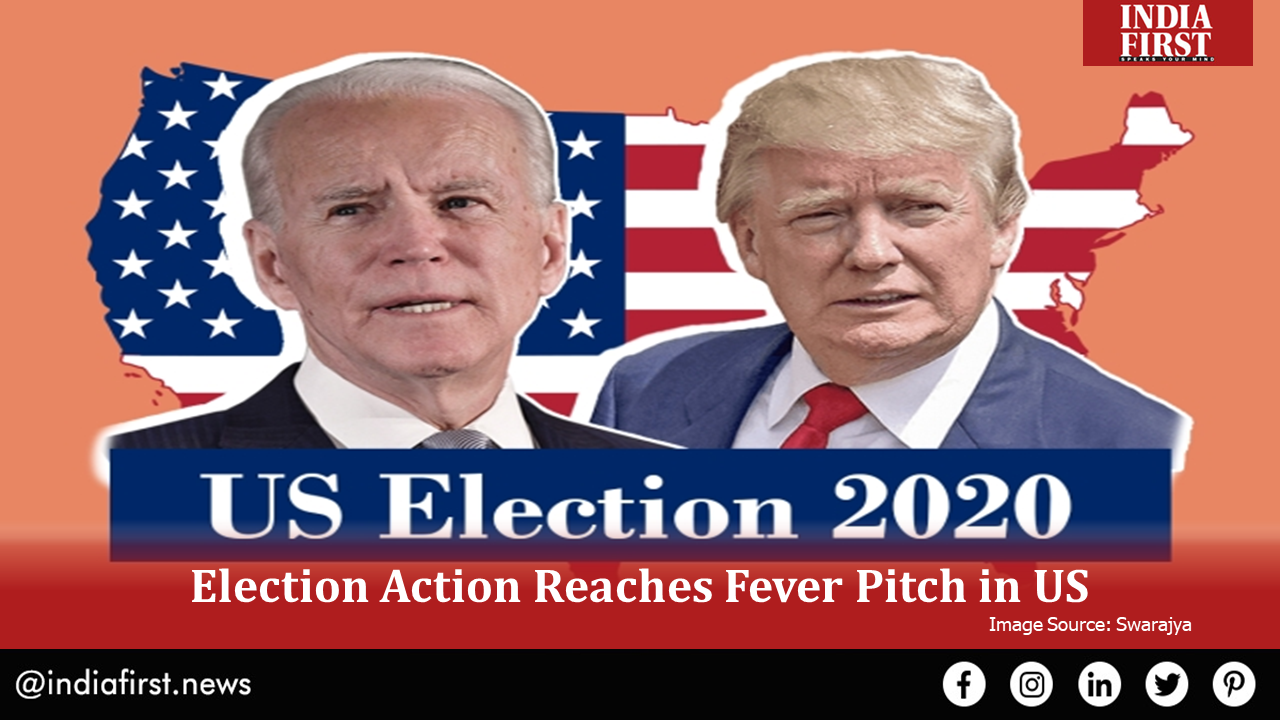 As the US presidential elections drew closer, the rival candidates upped the ante against each other. Ahead of the big event, the candidates engaged in numerous public debates, brutally criticising each other.

Turning up the heat on President Donald Trump, Democratic presidential candidate Joe Biden continued to decry the mismanagement of the COVID-19 pandemic. Addressing a rally at his home state of Delaware, Biden called out his opponent on making false claims about the US Administration’s ability to fight the COVID-19 pandemic which has caused more than 220,000 deaths in the country.

Accusing President Trump of misinforming the Americans, Biden said he deliberately downplayed the threat of COVID 19 as Americans were not learning to live with the pandemic, but were learning to die with it. Biden’s comment has brought the American voters’ attention back to the loss of lives in the US which accounts for a fifth of the total COVID-19 deaths recorded in the world till date. Biden went for the kill by stating that nearly 210,000 of the deaths could have been avoided if the public health infrastructure was prepared to deal with the magnitude of COVID-19 infections.

Backing his criticism strongly with facts, Biden highlighted the 4.8 million cases that America has witnessed since the start of the pandemic in the country.  He further noted that the President’s nonchalance and refusal to be accountable for the mismanagement of the pandemic and the resultant deaths was evident when he declared that he would not approach the pandemic any differently if he were , he would not change things and rectify his mistakes the second time around either.

By citing the pandemic as an example, Biden has said Trump will get more and more reckless with his time in office and America will regret it if they choose Trump as the President again. Asking all Americans to choose a different path, Biden assured all that if he were to become the next President of the US, he would launch a new national health strategy that will give America that necessary boost to beat COVID- 19 and ensure that no more lives are lost to the virus. Biden also said that he would make sure the COVID-19 vaccine will be free and widely available to everyone.

Little wonder  Biden faced a backlash from his opponent, President Trump. In a bid to nullify the allegations put on him by Biden, Trump said that Biden’s habit of mentioning the deaths caused by the pandemic was only a tactic to secure votes by instilling a fear of the pandemic. He denied all the allegations Biden put on him, telling his supporters that the pandemic will see its end in the US soon.

The COVID-19 pandemic and its management has been a crucial point of debate in this year’s US presidential elections and it is most likely going to be the deciding factor for the voters as well.