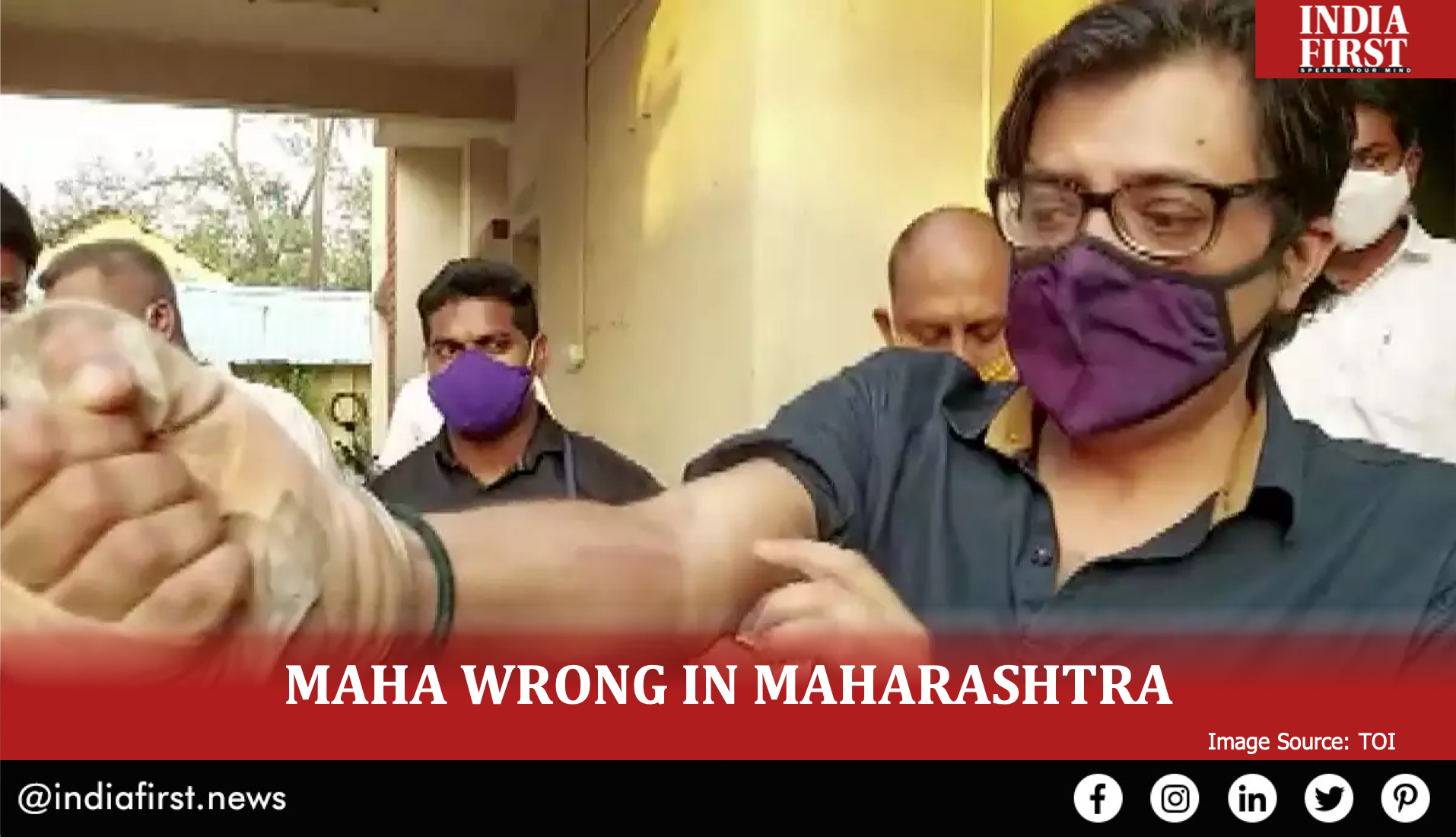 One may or may not agree with Republic TV editor-in-chief Arnab Goswami’s brand of journalism, but his arrest by the Maharashtra police does not augur well for the Indian media. Not only is the timing of the action suspect, coming as it does in the midst of an ongoing war between him and the Maharashtra government, even the manner in which he was whisked away by the cops smacks of political vendetta.

As an anchor, Goswami might have been aggressive or abrasive. The coverage of actor Sushant Singh Rajput death case by his TV may not have been liked by some who reckoned it crossed the limits of journalism and entered the domain of activism. Some media houses criticized him for the manner in which his TV hounded Rajput’s girlfriend and actress, Rhea Chakraborty, and subjected her to a media trial of sorts.

But none of this justifies the manner of his arrest which, according to Maharashtra police, has been made on the charges of abetting the suicide of an interior designer in 2018. Goswami was picked up by a team of Alibaug police from his Lower Parel house in Mumbai amidst protests by family members.

There is no denying Maharashtra police’s prerogative to investigate a case against the editor but the question that begs an answer is this: What made the cops suddenly hyperactive in a case that is two years old. Why such action now? Critics of Goswami have called it divine justice, but the arrest has evoked widespread condemnation not only from political parties such as Bhartiya Janata Party but also media bodies such as the News Broadcasters Association (NBA) which expressed dismay at the manner in which he was picked up by the police. The Association in a statement said that although it did not agree with Arnab’s brand of journalism, it denounced retaliatory action by the authorities against a well-known and senior journalist. Media is not above law but due process must be followed, it added, as it appealed to Maharashtra chief minister Uddhav Thackeray to ensure that Goswami was treated fairly and state power was not misused for vendetta.

The Editors Guild of India also denounced the arrest and called upon Maharashtra chief minister to see to it that the journalist was treated fairly and state power was not used to suppress critical reporting. It is this aspect which is the most disturbing because the behaviour of the police appears to confirm the fears that official power is indeed being misused to silence criticism.

The critics of Goswami have raised the issue of media ethics, pointing to his coverage of Sushant Singh Rajput and Rhea Chakraborty cases. They have accused him of targeting the Maharashtra police and government unfairly for personal reasons. Even if all this were correct (which is unlikely fairly evidently) it does not justify vindictive action against Goswami because that is tantamount to an attack on the free press. If a newspaper or channel behaves inappropriately, there are forums for the aggrieved parties to seek redressal. Unleashing the power of the state to settle scores with a channel is neither fair nor a healthy sign for any democracy.