Is IPL ready for an expansion? | India First e Newspaper Skip to navigation Skip to content 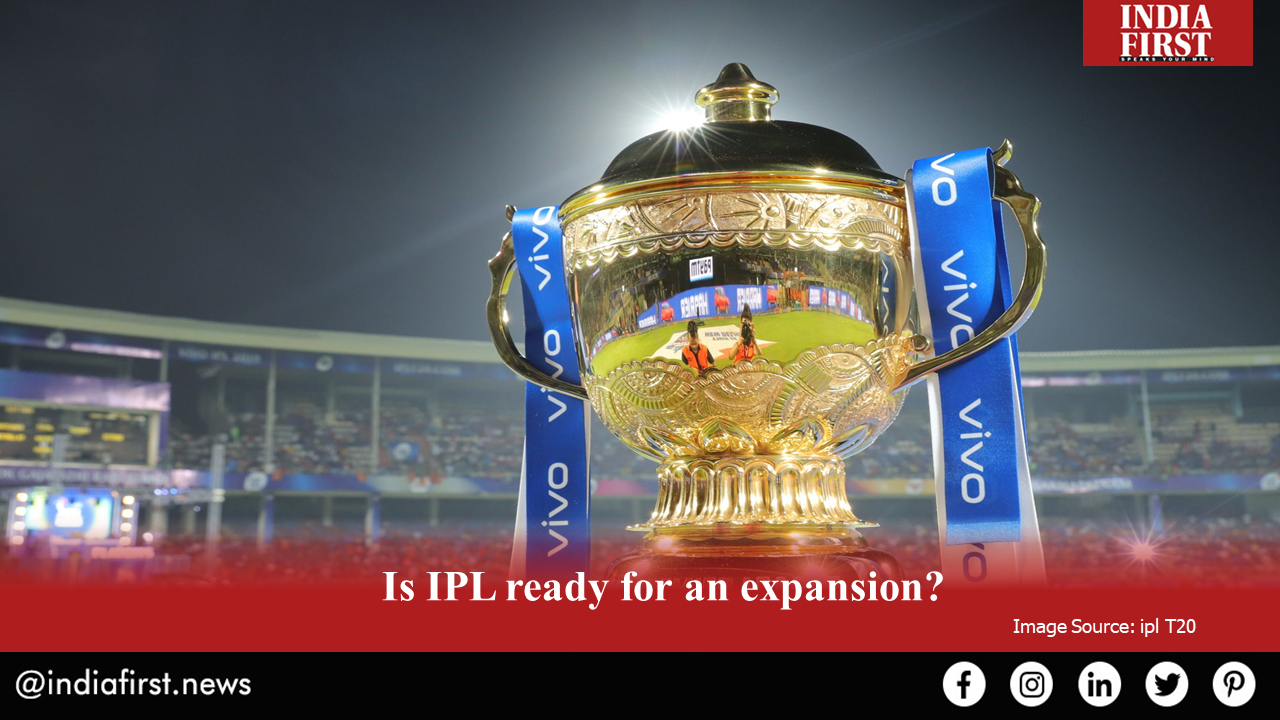 Following the successful completion of IPL 2020 despite the ever-present threat of the Covid-19 pandemic, there are talks that the Indian Premier League is ready to expand its format and include more teams in its playing roster so that more and more domestic and young talents get the opportunity to participate in the biggest carnival of cricket.

IPL is a tournament that not only acts as a platform for domestic and international cricketers to showcase their talent, but also provides an opportunity for cricketers around the world to interact and play together, keeping regional and cultural differences aside. The tournament is crucial for young budding cricketers as it gives them the chance to play with national and international stalwarts of cricket and gain the exposure they need to belong in the big league. The IPL is not an informal tournament anymore; it is one of the most pivotal stages for emerging talents of the country. The event’s participants are closely observed by national selectors and international cricket critics every year.

The IPL has the power to propel relatively unknown but high-potential domestic talents to the forefront and give them a stepping stone to play for India professionally. Whether it be India’s bowling legend R Ashwin or all-rounders Hardik Pandya or Ravindra Jadeja, today’s famous players were once the best IPL finds for the Indian cricket team. While previously cricketers got their lucky break through the domestic circuit and first-class cricket, now every budding Indian cricketer’s dream is to participate in the IPL and get noticed by the national selectors for a berth in the national team.

Given the continued success of IPL through the years, former cricketer and India team captain Rahul Dravid has said at a recent event that the IPL is ready to expand by including more teams under its playing roster. The idea of expanding the number of teams is not new to IPL organizers, what with the 2012 and 2013 editions of IPL including nine teams and 2011 edition including 10 teams in its fold. However, earlier there were concerns that the talent on field may get diluted which might affect the quality of the game. Now, the statement from National Cricket Academy head Rahul Dravid has given hope to both young players and sports enthusiasts. Dravid is confident that the depth of cricketing talent Indian players have today can help the tournament expand and provide more opportunities to deserving players. This is good news for IPL fans and viewers who will be able to witness new talent and fresh faces on the IPL field if the event’s management team decides to share Dravid’s vison and go ahead with expansion of the number of participant teams.

The topic of expansion is not a new one and it is only a matter of time before the BCCI decides to expand from the existing number of teams to at least 10 teams in a new format.