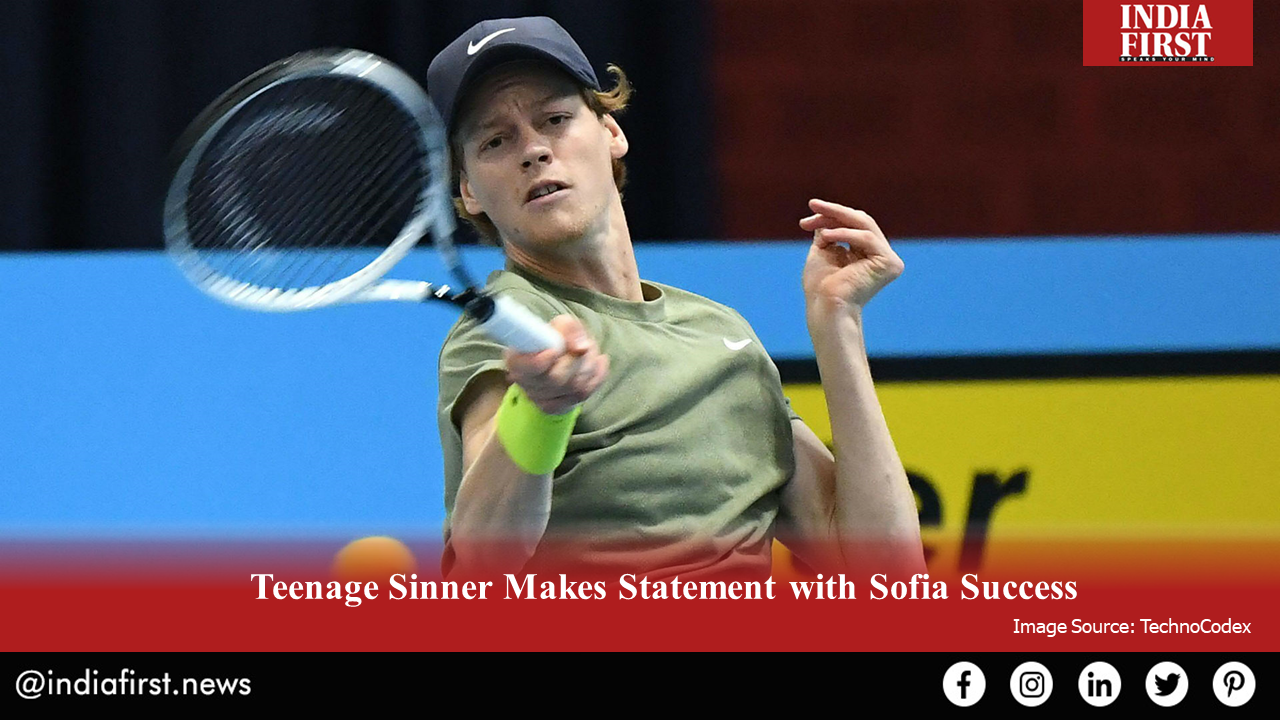 In the field of sports, nothing is impossible as sportspeople have unfathomable levels of dedication and willpower to help them achieve the greatest of feats. Many prodigious talents enter the world of sports with a lot of hopes, dreams, promises and possibilities. Most of the greatest sportspersons start out young.

In 2008, Kei Nishikori became the youngest first-time ATP title winner at Delray Beach, underlining the importance of the infusion of fresh talent into the field of tennis. Twelve years later, history repeated itself as Italian teenager Jannik Sinner became the youngest first-time ATP champion by winning the Sofia Open. In the finals of the Sofia Open, Sinner defeated Canadian Vasik Pospisil to claim his maiden ATP title.

With this win, Sinner became the 12th teenager to hold an ATP title since 2005. It was a tight match between Vasek and Sinner, but it was the latter who impressed more with his decisive playing tactics.

The opening game saw the young teenager hold at a 1-1 tie with a forehand winner, but soon he forced Vasek’s error in game three to earn an early advantage and then dominate the game. Sinner further extended his lead by hitting a service winner in the next game and scoring another point to gain a 3-1 lead over Pospisil. He took a 4-3 lead by scoring a forehand winner in game six. In the final set of the match, Pospisil committed an error at 30-15 while Sinner played on with concentration to take the Sofia Open title home.

Talking about his first ATP title win, Sinner said that Pospisil was a worthy opponent and the match was a tough one. For the teenager, the first ATP title will always be special and so will be Sofia. Despite Vasek being a tough player, the teenager stayed positive and persevered in a match that went on for more than two hours. The 19-year-old Italian said that winning a match with a tough tie-breaker was more satisfactory than an easy win. After reaching a career-best ATP rank of 37, Sinner is more motivated than ever to win bigger titles in the future.