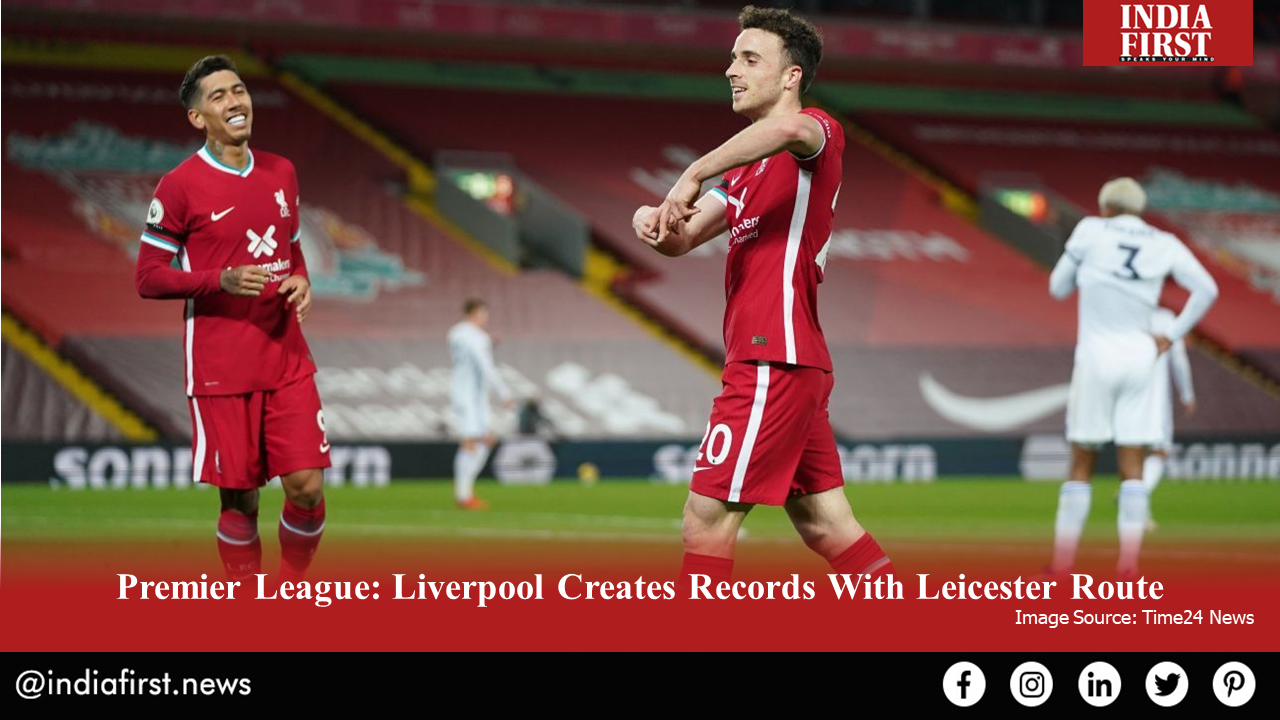 On November 22, Liverpool FC defeated Leicester City in the English Premier League by a 3-0 margin. The club created some records of it own in the process and became the first to win 64 top-flight home matches with an unbeaten record. Apart from the team record, Liverpool player Diogo Jota became the first player to score in the first four of his home appearances, adding to Jonny Evans’ self-goal, and taking Liverpool’s total to 2-0. The third goal for Jurgen Klopp’s side was made by Roberto Firmino in the 87th minute to seal the game for Liverpool FC. The current Liverpool FC team broke its own records that were created during its golden period of 1970s and 1980s until Liecester City ended its  undefeated run at Anfield in 1981.

Liverpool put injury worries aside with Fabinho’s return from the injury. The defender returned to his home side and defended the plays of Liverpool with self-assurance and ease so that the forwards could freely score goals to gain a dominant 3-0 lead. Even though Liverpool was missing key players such as Virgil van Dijk, Mohammed Salah and Jordan Henderson, Leicester was unable to establish a strong hold on the opposition from the start.

Leicester’s Jamie Vardy was unable to score for the team despite many attempts and failed to invade the foolproof defence of Liverpool FC. Jota however, went on to crush Leicester’s defence and score to give Liverpool a comfortable lead. In the absence of Salah, the forward riveted in the spotlight and did not disappoint Liverpool fans with his spectacular goal-scoring abilities. Jota was a thorn in the Leicester side and scored his seventh goal in his last six club matches giving Jurgen Klopp’s side the necessary confidence to shape their campaign for the win.

Along with Jota, veteran James Milner also played a major role in Liverpool’s win. He tightened its defences and silenced Leicester’s strikers while also assisting goals with his playmaking abilities. Milner made up for the absence of some crucial players from Liverpool’s line-up with his versatility.

Leicester committed a few errors that cost them the match. The side failed to take advantage of Liverpool’s weak links and relatively less experienced players, such as the teenaged Neco Williams, as they were left stranded in the defence net created by Liverpool’s central defenders.

Liverpool was persistent with its attack, resting on the shoulders of Jota and Firmino.

Because of their impeccable teamwork and commitment to a winning streak, Liverpool has not only won its matches but has also made history on  several occasions now. Klopp’s men have given the loyal fans of Liverpool a glimpse of their all-conquering champion side of yesteryears with their record-breaking performances.