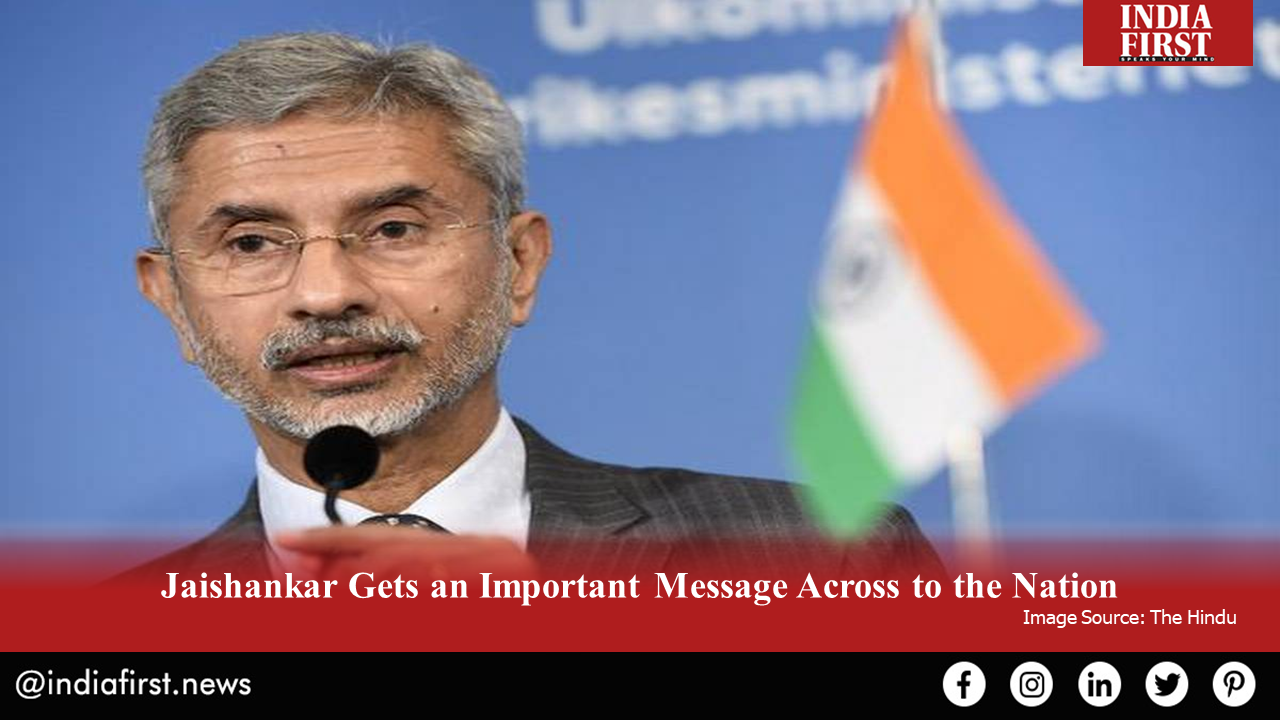 External Affairs Minister S Jaishankar recently shed light on the challenges that a rising India faces in an ever-changing world.

While delivering the second Manohar Parrikar memorial lecture on December 13, Jaishankar said India faced many challenges in previous years and its future development will also be affected by problems that have persisted for many years.

He noted that India has as many supporters as rivals in the global landscape, and its rise to become a global leader will bring about different kinds of responses and reactions from other members of the international community.

The minister said that even as India increases its global influence and reach, it is now more important than ever to focus on utilising the country’s economic and military strength to establish it as an upcoming global power.

While the minister expressed confidence about India’s rise as a globally recognised power, he also stayed realistic about the national security threats that the nation has faced time and again.

Jaishankar pointed to the long-standing problems between India and Pakistan, which have resulted in India becoming a target for cross-border terrorism. While talking on the subject, he mentioned the 2001 Parliament Attack that was carried out by Pakistan-sponsored terrorist outfits. The minister emphasized on the need to closely monitor and neutralise various terrorist groups for the sake of country’s security and progress.

Jaishankar cautioned that many external forces might try to undermine India’s global influence and work against its interests. Such threats, he continued, will come from many sides – military, economic as well as diplomatic.

The minister placed much emphasis on the importance of integrating the nation’s foreign and military policies so that the two are in sync with each other in the interests of the country.

According to the minister, this will help India tackle the multiple border disputes it faces against its neighbours with a firm hand. Noting that India has a long coastline and large stretches of international borders, Jaishankar stressed on the importance of further strengthening the country’s border and naval security.

Heralding a new era for India, the minister said the nation’s relationship with the world continues to evolve with its international standing. As India improves its ranking in the global development index, the country’s stature and its corresponding stakes in the international community will also rise.

By the time he concluded his address, Jaishanker made one thing clear: The world’s expectations from India have risen and India needs to broaden its horizons to accommodate the expectations put on it as a global leader.