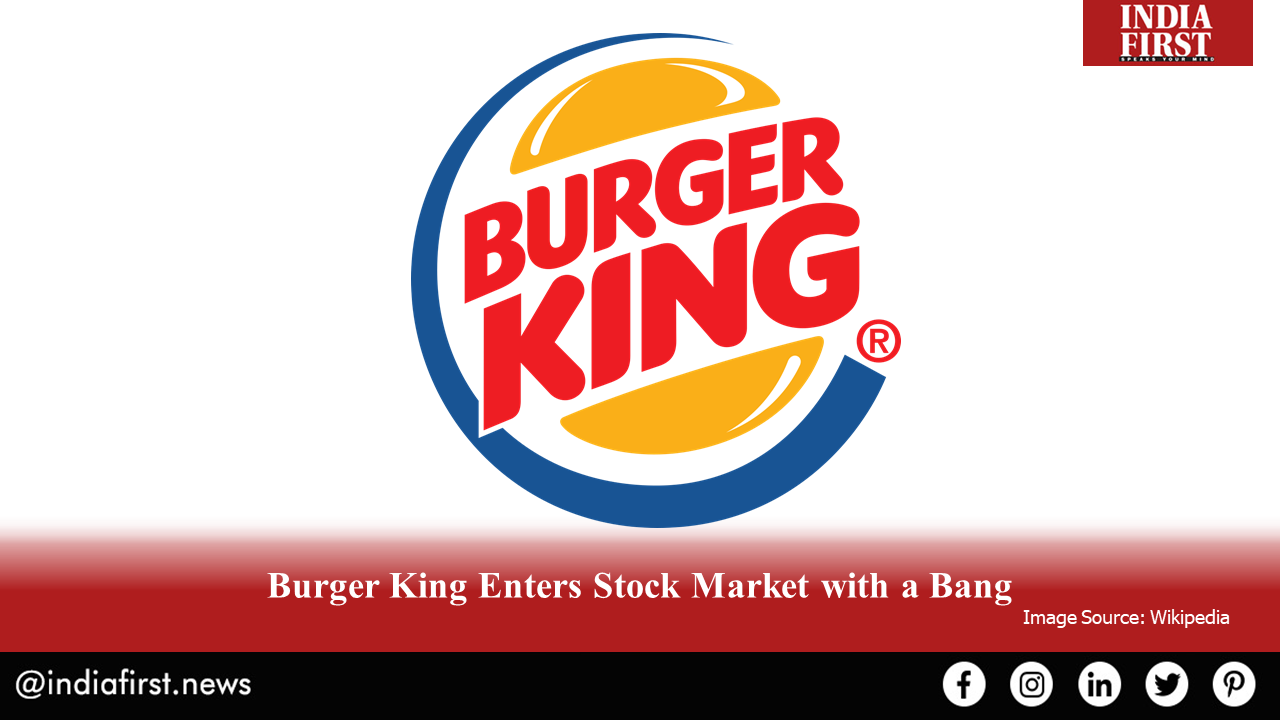 Two days after Burger King India made its debut on the NSE and BSE with an issuance price of Rs 60 per share, its share price more than doubled to reach Rs 138.40. The fast-food giant had earlier enjoyed a successful IPO on December 2, getting subscribed 156 times within a few hours of opening.

Burger King India launched an IPO of Rs 450 crore after managing to raise Rs 364.5 crore from some of its anchor investors.

Upon its debut on the listings, the company saw its shares rise by 131%, making it one of the top three listing-day gainers of the decade. The 131% gain has put the fast-food chain in the league of Salasar Techno Engineering and Astron Paper and Board Mills Limited, both of which gained way more than 100% on their listing day in 2017. The Burger King shares opened in BSE at Rs 115.35, a whopping 92% higher than their issuance price.

Burger King India is the fourth company to register more than double its issuance price on its trading debut and now represents a stock market trend of increased interest in newly listed stocks.

Its spectacular debut on BSE and NSE stole the show amidst the first-day highs registered by IRCTC, Happiest Minds Technologies, and Avenue Supermarts, among others.

The international food chain has exclusive national master franchise rights in India till December 2039 and has a target of expanding its business to 700 restaurants by 2026. With 268 outlets across the country at present, Burger King is one of the fastest-growing fast-food chains in India. The growth potential shown by the company is what lured investors to its IPO.

According to stock market insiders, Burger King is seeing a growth in its valuation which points to its strong brand positioning and presence in the Indian market. Therefore, its extensive store expansion plans seem feasible and profitable for its investors who are betting on its robust growth potential to make their personal gains in the stock market. Given that after the pandemic, the fast-food restaurant sector, which depends majorly on takeaways, is projected to see a period of massive growth, investors taking a keen interest in Burger King shares is not surprising.

The company did see a decline in business during the pandemic, with its revenue falling by 68%, as the restaurant and fast-food industry faced never-seen-before losses thanks to the COVID-19 outbreak. The impact of the pandemic might have set Burger King India back a few steps, but the business chain is recovering slowly as hopes of a COVID-19 vaccine resuscitate the food consumption market.

Despite its present weak financials in comparison to some of its lead competitors, stock market experts advise long-term investors to stay invested in Burger King shares as the brand’s total valuation is only going to grow once the plans of store expansion are put in motion.