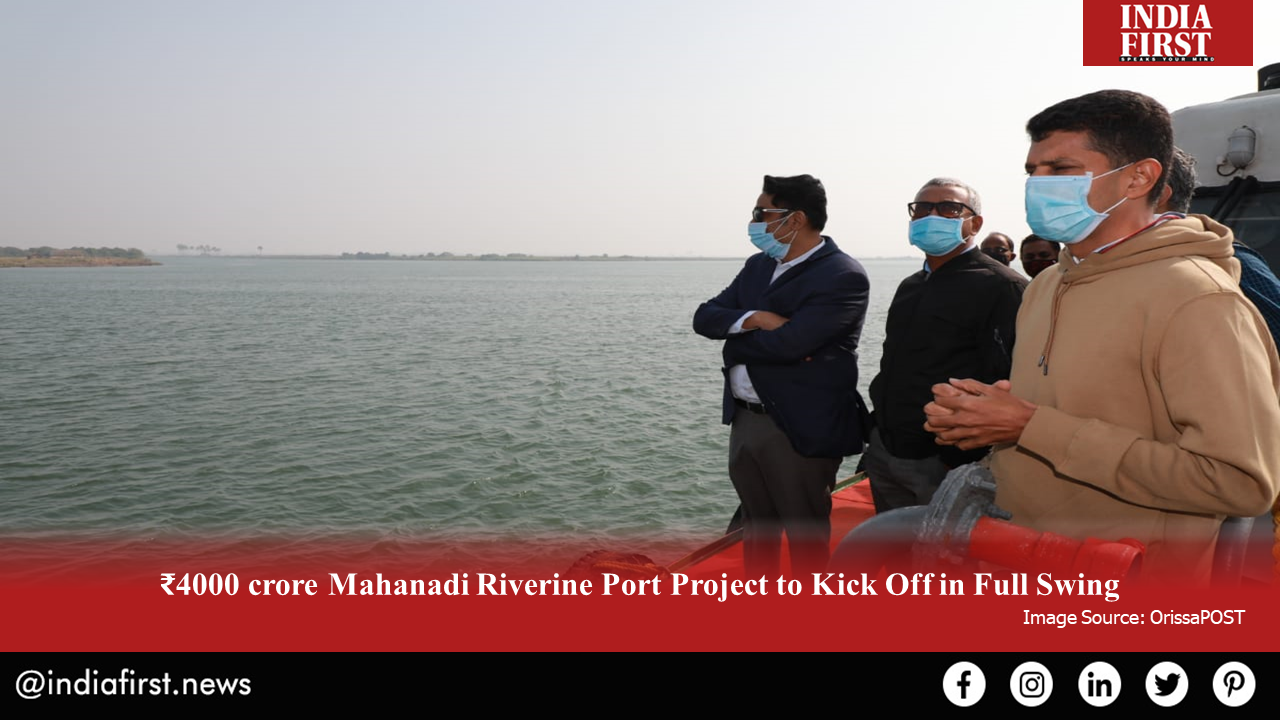 Two years ago, the Odisha government had approved a proposal of establishing a riverine port on Mahanadi river in Kendrapara district of Odisha. Back then the big-ticket proposal, aimed at boosting trade and employment in the district as well as the state, was cleared by a High-Level Clearance Authority under the leadership of Chief Minister Naveen Patnaik. The Akhadasali village of Mahakalapada block in Kendrapara was decided as the location of choice for the upcoming project.

Now, the state government has decided to fast-track the establishment and development of the project. The Odisha government is reportedly planning to sign a memorandum of understanding (MoU) with the Centre soon for that purpose. Once the MoU is signed, the state government will start the construction of the new riverine port with an investment of Rs 4,000 crores.

Ahead of the signing of the crucial MoU, the state government has sent a team of high-level officials, led by Chief Secretary Asit Tripathy, Special Secretary, Commerce and Transport Department, Manoj Mishra, along with 5T secretary VK Pandian.

The team visited the proposed site for the new riverine port project to inspect the surroundings. The three bureaucrats were accompanied by Paradip Port Trust chairperson Rinkesh Roy and other PPT officials. Among other visitors was Mahakalapada MLA Atanu Sabyasachi Nayak, who held a brief discussion with the high-level team regarding the details of the project.

Kendrapara collector and Jagatsinghpur collector were also present during the discussion held between the different representatives and stakeholders of the upcoming riverine port.

Paradip is the most important port on the long coastline of Odisha and the two other ports are Gopalpur and Dhamra, which meant that Odisha had only three functional ports. However, with various riverine basins and a 480-kilometre-long coastline, there are many more locations around the state that can be converted to functional ports. The Mahanadi Riverine Port project is one such project which will transform the Mahakalapada block into a major revenue source. Once set up, it will be an all-weather and multiuser port.

The port will be established under a Public-Private Partnership and will have a capacity of 54 MTPA. The project will initially be based over an area of 300 hectares and the PPT will take up the responsibility of developing rail and road connectivity to the port once the initial infrastructure is laid out. The riverine port is 13 kilometres away from the river’s mouth in Paradip and will act as a secondary port to Odisha’s biggest port.