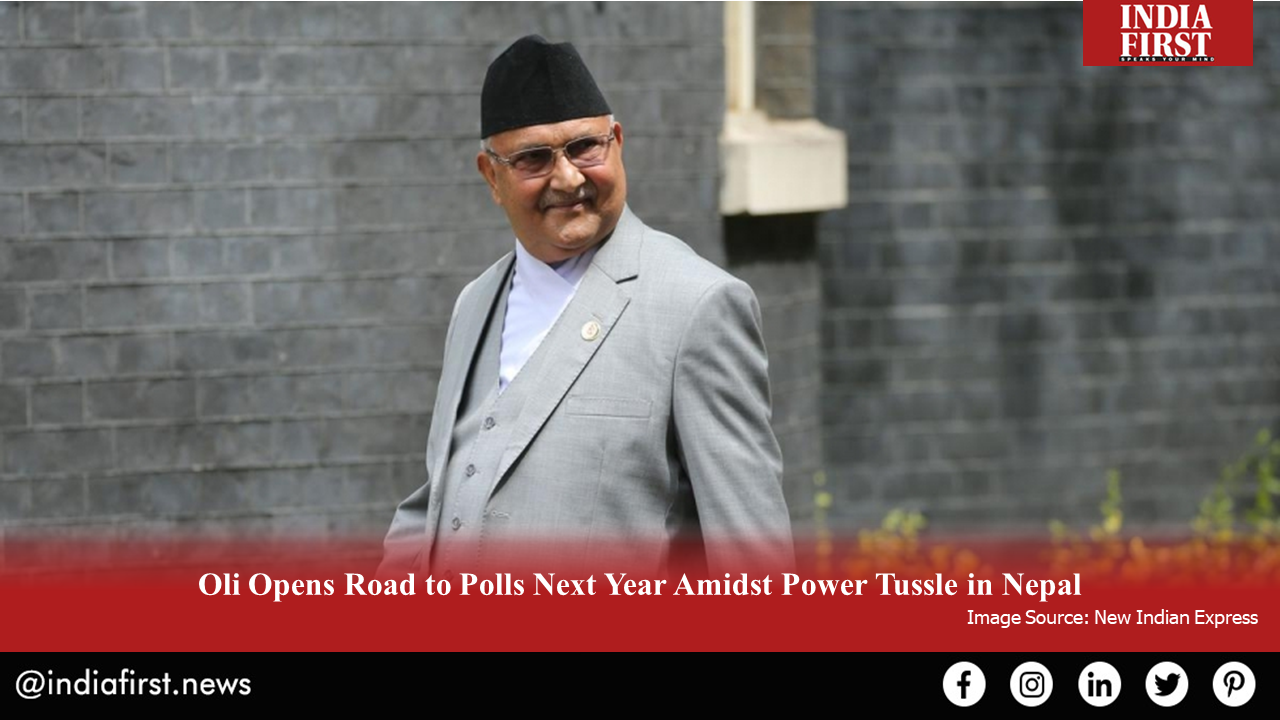 In a surprising move, the Nepal cabinet recently recommended the dissolution of its 275-member House of Representatives.

The recommendation came a little less than three years after the 2017 elections in which the opposition party suffered a landslide defeat and the currently ruling Nepal Communist Party (NCP) emerged victorious.

The decision was taken to deal with Nepali Prime Minister Khadga Prasad Oli’s rivals within the party. While Oli took this decision to stem the infighting, many of his own men protested the sudden dissolution of the Nepal’s parliament by pointing out that it was an unconstitutional decision which did not adhere to the rules laid down by the nation’s constitution.

According to insiders of the party, the prime minister has lost the majority support inside his party, including the central committee and the secretariat of the NCP. Instead of compromising with his rivals or coming out on the losing side, Prime Minister Oli played the tactical move of dissolving the Nepalese government and the parliament to open up the road to fresh elections and escape from the currently troubled situation unscathed.

Nepal President Bidya Devi Bhandari accepted the Cabinet’s recommendation and allowed the elections to be held in two phases next year, on April 30 and May 10. According to insider sources, Prime Minister Oli’s move will keep him in power and allow him to run the government while planning to split the NCP into previous factions of Communist Party of Nepal (Unified Marxist–Leninist) and Communist Party of Nepal (Maoist-centre).

The infighting and rivalry inside the currently merged party stems from these rival factions. The NCP has seen many internal revolts within its ranks, with Oli’s rival Prachanda trying to wrest power away from him and have a greater share of command over the Nepalese government.

Oli’s rivals accuse him of overlooking his own party’s interests in the government’s decisions and say that he has lost his own party’s confidence rendering himself unfit to rule. Oli – who seized power in the small Himalayan nation on the basis of a nationalist agenda to transform a country which was previously a monarchy – is not ready to surrender his supremacy.

He has even made it clear on many occasions that under the continuous attack of the rival faction, he will not back away from splitting the NCP to secure his power over the Nepalese government. This seems very possible what with the widening cracks within the ruling party and elections just around the corner.

China has been trying to influence Nepalese politics for quite some time and the Chinese Communist Party wants to keep the Nepal Communist Party united even if it that entails Oli losing power. But Oli, who has risen to power after years of revolt against a defunct monarchy, is not ready to surrender his power. Instead of being taken down by his rivals, Oli would rather be tested on the touchstone of democracy and honour the people’s mandate.