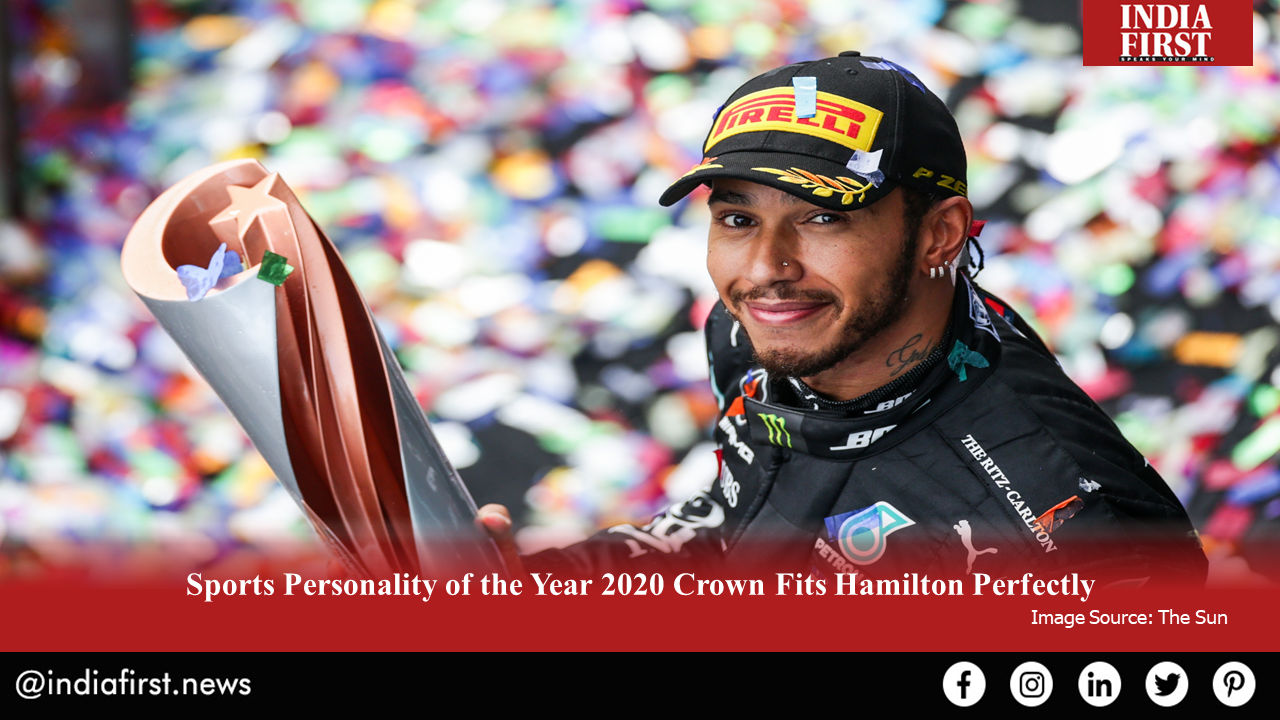 The year 2020 has been a tremendous one for Formula One racing circuit’s greatest driver of this generation, Lewis Hamilton. The British driver, who races for Mercedes, has equalled German racing great Michael Schumacher’s record of seven world championship titles after surpassing his record of 91 Grand Prix wins this year.

Therefore, it came as no surprise that the Briton who has become one of F1’s greatest racer ever, is BBC’s Sports Personality of the Year for 2020. Hamilton was adjudged the winner in a public vote held decide the winner among  achievers from various sports such as cricketer Stuart Broad, jockey Hollie Doyle and footballer Jordan Henderson.

Jordan finished second while Doyle finished third. This is the second time that Hamilton has been crowned the Sports Personality of the Year. He won it the previous time in 2014. It is a testament of the racer’s sportsmanship and accomplishments that he has been runner-up four times, including last year. Whether Hamilton is the greatest driver of F1 racing circuit might be still debatable, but he is definitely the most successful F1 driver the tracks have seen till date. The numbers back him.

Out of the 17 races that were held in this F1 season, Hamilton participated in 16 and won 11. If Hamilton had not contracted COVID-19 towards the end of this season, he would have competed in all the races and extended his dominant winning streak. His skill and excellence were on display during the Turkish Grand Prix where the odds were against him but he still went on to win the title for Mercedes. Whether the tracks were wet or dry mattered very little in front of the smooth driving skills of Hamilton.

Hamilton’s career has been filled with extraordinary achievements. It only seemed apt that he won the prestigious Sports Personality of The Year title in the year that he surpassed people’s expectations and made Schumacher’s prophecy about him equalling his record come true.

This win has not only been of a sportsman par excellence but also a champion of humanity. Hamilton not only stood in support of the global Black Lives Matter movement but also created the Hamilton Commission to reduce racial discrimination and enhance diversity in motorsports.

In the speech that he gave while accepting the prestigious title, the racing ace thanked the British public, who have made him a national idol and stood by him throughout his rise to the international hall of fame in sports. Talking about a remarkable year, the racer called 2020 as a year of growth and a year which helped him find the right direction, both in sports and life. However, Hamilton added, he still had a lot of work to do in his sport and for humanitarian causes before hanging up his racing gloves.