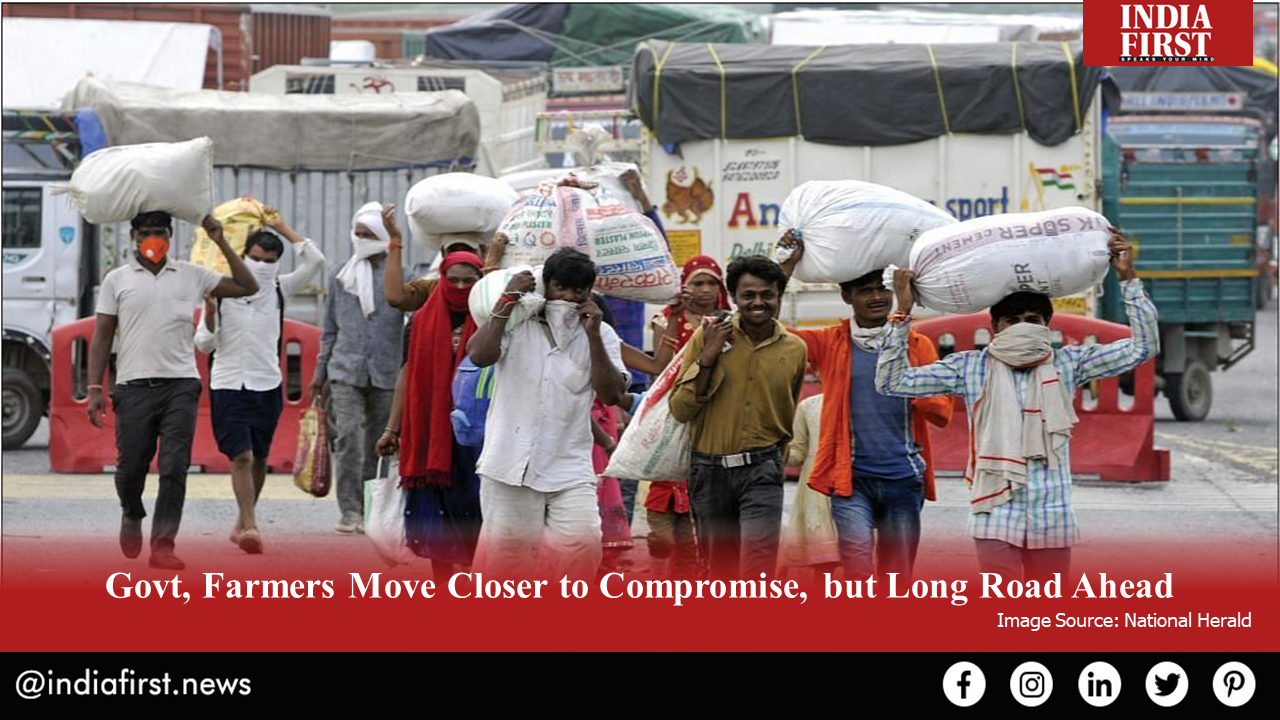 The latest round of talks between the Narendra Modi government and the protesting farmers has given hope of an end to the impasse between them over the new farm laws. Both sides had earlier stuck to their unwavering stance over the controversial issue, with farmers demanding a repeal of the laws and the government declaring its decision irreversible.

During earlier phases of the talks, it looked as if the government and the farmers would never reach a resolution. However, with the protests persisting and a state of political unrest brewing around the national capital, it was getting crucial for the government to address the issues raised by the farmers sooner than later. The instances of farmer deaths, some of them suicides, some of them due to the harsh cold of Delhi, were increasing the pressure on the government in the past few days.

In such circumstances, the possibility of a mutual consensus came across as a relief for the government as well as the protesters. However, the fight for peace and order is only half won with an agreement reached on only two issues out of the four demands raised by the farmers originally. The remaining two concerns remain unresolved and both parties have decided to meet on January 4 for another round of talks to move closer to a resolution.

Another decision that the government has reached with a consensus is the dropping of provisions in the Electricity Amendment Bill 2020, which would have changed the mode of subsidy payment to consumers.

Earlier, in a move to break the ice between the government and the farmers, Union ministers Piyush Goyal and Narendra Singh Tomar joined the farmers at lunch and shared the langar cooked food brought by them to the Vigyan Bhawan.