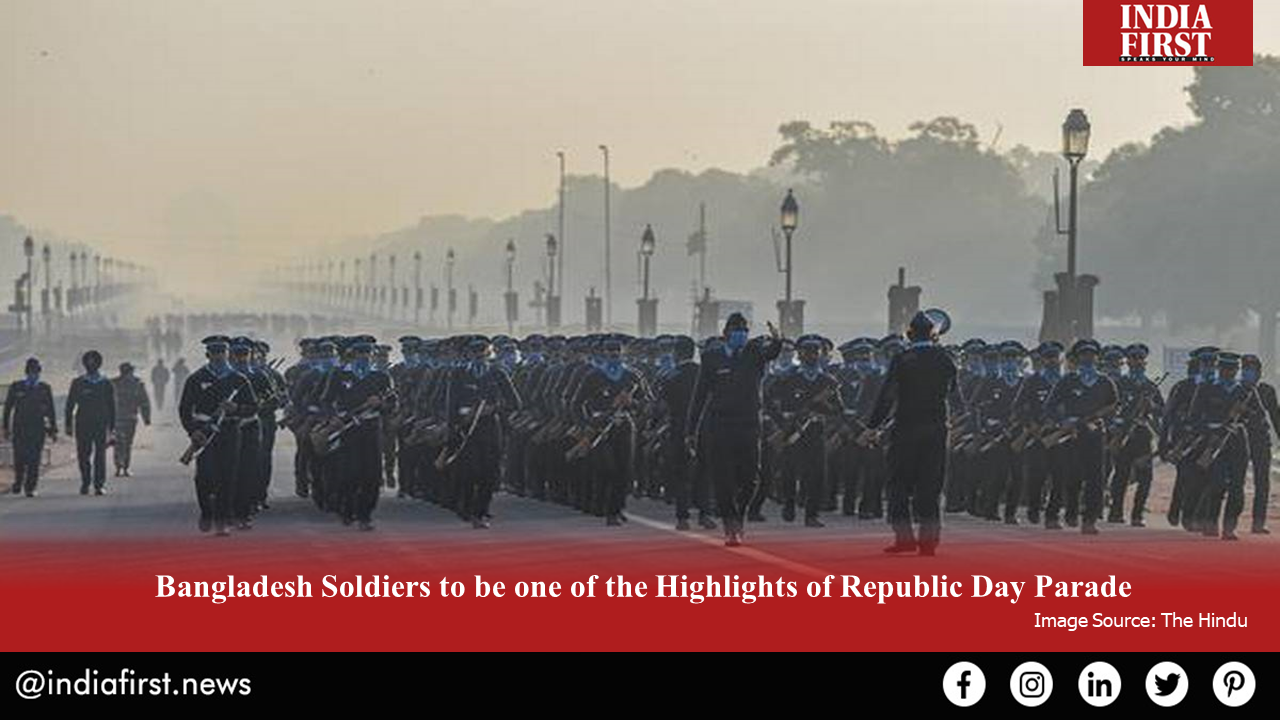 Just as India is preparing to overcome the Covid-19 pandemic with its soon-to-start mass vaccination drive, it is also getting ready to celebrate its 72nd Republic Day. Although celebrations will be scaled down to control the potential spread of the deadly virus, the country is also getting ready to host soldiers of neighboring Bangladesh on the big day.

A marching contingent of the Bangladesh army will be taking part in the ceremonial parade on January 26, marking the golden jubilee year of Bangladesh’s independence. This will be the second time when foreign soldiers will be marching along with the Indian army down the Rajpath.

The marching contingent from Bangladesh will include 96 soldiers from the Bangladeshi army, who will be carrying BD-08 rifles, a license-produced variant of the Chinese Type 817.62mm assault rifle. The rifles are produced by the Bangladesh Ordnance Factories, which produces more than 10,000 rifles every year.

The first instance of a foreign contingent participating in the Republic Day Parade was seen in 2016 when 130 French soldiers took part in the parade. The erstwhile French President François Hollande was the chief guest of the event that year.

According to officials privy to the preparations for this year’s Republic Day celebrations, the country will indeed witness a watered-down version of previous years’ grand celebrations amidst the continuing Covid-19 scare. This year’s event will host only a quarter of the usual number of visitors who gather every year to see one of the biggest events celebrating the sovereignty of India.

The route of the parade has also been shortened with the point of ending changed to the National Stadium instead of the Red Fort, which was the landmark that marked the end of previous years’ parades.

The Republic Day Parade is one of the most awaited national celebrations in India every year and nearly 1 lakh spectators usually attend the ceremony at the Rajpath.