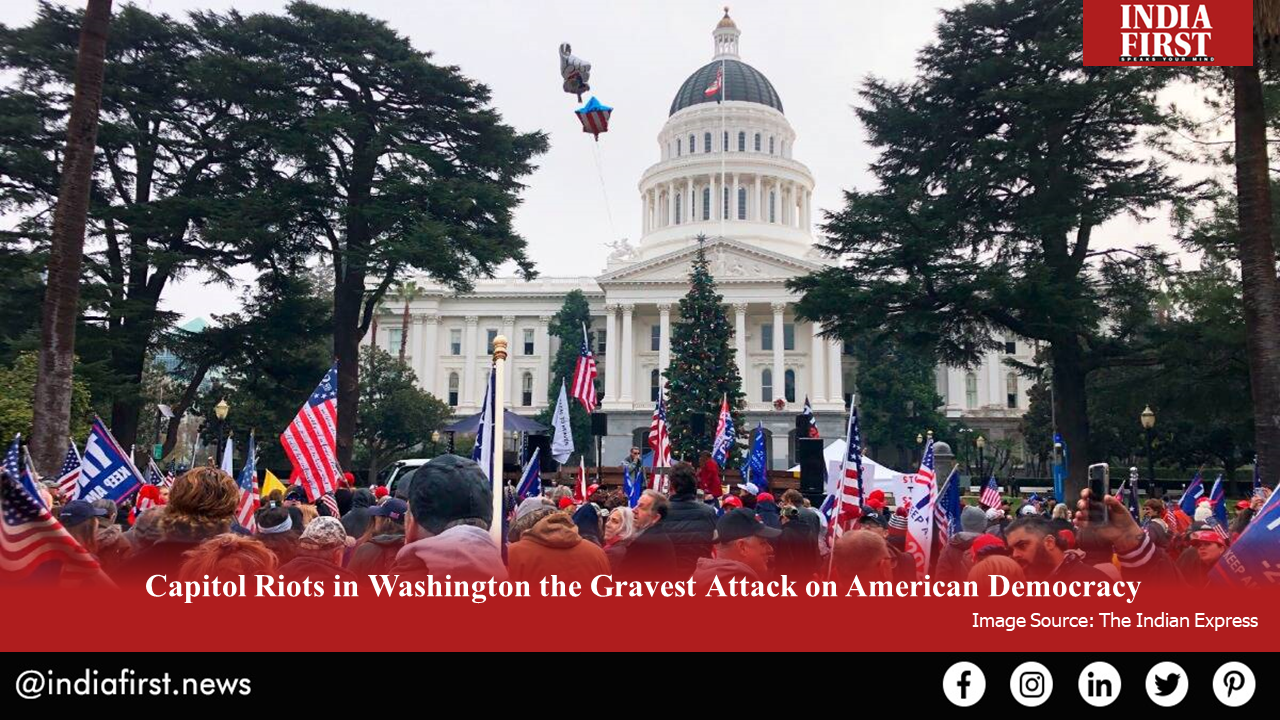 Since the results of the US Presidential elections were announced, there has been an attempt by outgoing President Donald Trump to undermine the people’s mandate that declared him the loser and President-Elect Joe Biden as the winner.

After losing the battle over Biden’s President-Elect status in the court of law, President Trump has continued claiming that the 2020 US Presidential race was rigged. This has egged on his supporters, who have held ‘Stop the Steal’ rallies around the country, to storm the US Capitol demanding an overturn of the results.

A violent mob of Trump supporters with flags and posters charged into the US Capitol on January 6 and tried to keep the electoral college from certifying Biden as the next president of the US, just weeks away from his swearing-in ceremony.

The violence at the US Capitol, which saw the death of a woman from a gunshot inside the national institution, has drawn criticism from all over the world. The attempt at overturning the people’s mandate is being seen as disrespectful of democracy and as an effort to establish an authoritarian government with Trump at the helm.

With violent protestors charging into the US Capitol, the people’s representatives had to go into hiding for protection. The police were unable to control the crowd and what unfolded later was a picture of sheer chaos that was never seen before at an institution of democracy. The mob transformed the center of power and national politics of the US into the national epicenter of anarchy and pandemonium.

A total of four lives were lost during the deplorable incident. The mayor of Washington DC announced the enforcement of a curfew to control the chaos that had been unleashed on the city’s streets by the Trump supporters.

While his supporters were at it, President Trump tried to instigate them further by using his social media handles. He showed his support to the mob by tweeting ‘I love you’ to them. After his continued tantrums on social media, his account was suspended temporarily by Twitter and indefinitely by Facebook and Instagram. Twitter said the President’s account will be permanently suspended if the tweets instigating the crowd to spread further violence were not removed and if the President did not refrain from threatening its Civic Integrity Policy with his tweets.

The President did eventually urge his supporters to cooperate with the police and law enforcement department in maintaining peace at the US Capitol. But he did so only after the damage was done.