Will US Impose Sanctions on India for its Missile Deal with Russia? | India First e Newspaper Skip to navigation Skip to content 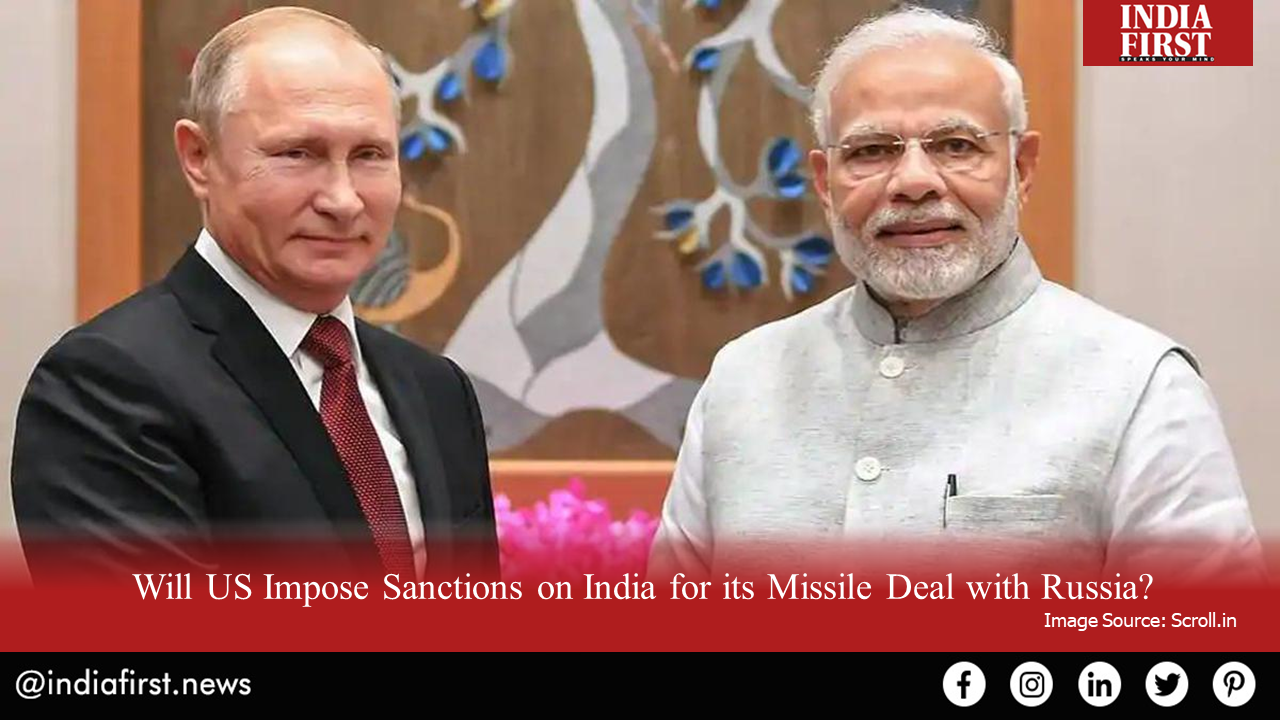 India is all set to enter a multi-billion-dollar deal with Russia with purchase of a Russian-made S-400 air defence system. India’s decision to purchase the air defence system from its traditional defence partner is likely to result in US sanctions. A recent report of Congressional Research Service (CRS), the bipartisan research wing of US Congress, has stated that India is eagerly investing in more technology-sharing and co-production initiatives.

This outlook of India is in conflict with US advice to India on reforming its defence offsets policy and introducing higher caps in the defence sector in terms of foreign direct investment.

The report was prepared to help the members of the US Congress take informed decisions regarding the matter. The report also includes a warning that the deal between India and Russia can be a reason for the issuance of US sanctions against India under the Countering America’s Adversaries Through Sanctions Act.

The CRS’ report is, however, an unofficial report that is not influenced by the opinion of a particular faction of the US Congress as the report is created by a panel of independent experts. The neutral stance of the CRS helps US lawmakers make unbiased and beneficial decisions for American citizens.

The decision to buy five units of the Russian S-400 air defence missile system was taken in October 2018, with India signing a US$5 billion deal with Russia despite repeated warnings of sanctions from the Trump government.

Following the signing of the deal in 2018, India made an initial payment of US$ 800 million to Russia the subsequent year.

The S-400 air defence system is the most advanced surface-to-air missile system developed by Russia, which is why India was interested in purchasing it to bolster its air defence.

Russia had revealed not long ago that the deal with India had been under way despite the possibility for India receiving US sanctions for it.

Although the Moscow’s stance on the proposed US sanctions to India is not yet clear, Russian ambassador Nikolay Kudashev criticised the US sanctions imposed on Turkey for a similar deal. Turkey also procured the same air defence system as India but the scale of the deal was half that of India’s, being to the tune of US$2.5 billion. The Russian ambassador had then issued a media statement saying Moscow did not recognise such unilateral decisions taken by the US.

The diplomat was quoted as saying that both Russia and India have made their stance clear on the matter, and will not recognise any other sanction except those issued by the UN Security Council.