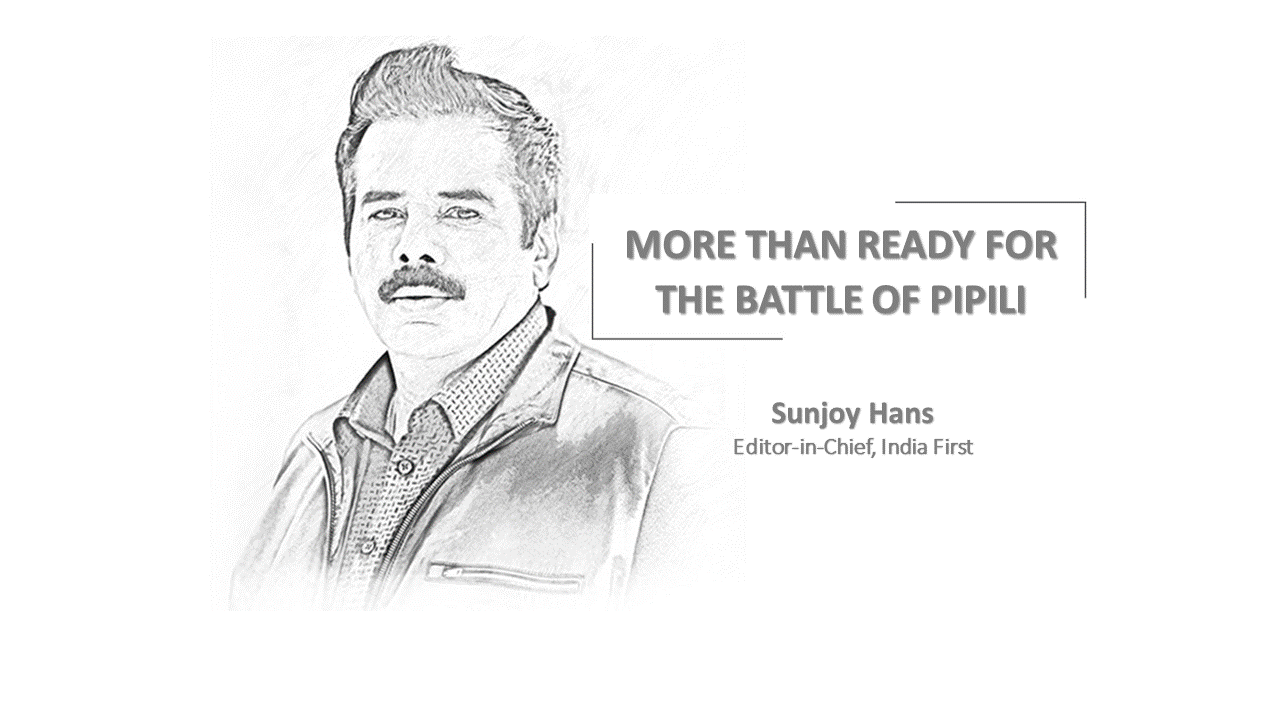 The ruling Biju Janata Dal will be banking heavily on Chief Minister Naveen Patnaik’s charisma to retain the prestigious Pipili assembly seat where a by-poll has become due following the demise of veteran Pradeep Maharathy. While Maharathy’s much-talked-about political legacy remains controversial, there are no two opinions about the popularity of Patnaik who has reigned supreme in the state for the past 20 years.

Thus, speculation over the ruling BJD’s likely candidate (both wife and son of Maharathy appear willing to contest) and the probable candidates of the two major opposition parties – BJP and Congress – notwithstanding, there is hardly any doubt about the outcome of the contest in this politically volatile constituency. Even though a formal announcement from the Election Commission is awaited, all parties have already begun preparations for the upcoming battle, with BJD appearing – as usual – far ahead of the rest.  The party has already appointed a former minister as its observer for the Pipili by-poll.

The BJD’s two main rivals may be loath to conceding defeat before the actual battle for the fear of losing face, but in their heart of hearts they know fully well that the ruling party’s victory in Pipili is a foregone conclusion. The seat has been a BJD bastion for a long time, with the late Maharathy himself having emerged victorious from there several times. But more than anything else, the popular appeal of the five-time Chief Minister is likely to tilt the balance clearly in favour of the ruling party.

The magic of Patnaik has worked for the BJD with such incredible consistency that he has come to be seen as the party’s infallible poll mascot. His electoral track record is formidable. Apart from leading his party to five back-to-back victories in the state, he has also ensured its success in a string of bye-elections. Towards the end of last year, his party registered two thumping wins in Balasore Sadar and Tirtol where bye-elections were held following the death of sitting MLAs. While the party snatched the Balasore Sadar seat from the BJP, it retained Tirtol by a huge margin.

The prime factors behind Patnaik’s infallible charisma are his sincerity and honesty. While his spotless personal image has been a great asset to his party, the performance of his government continues to enhance his popularity. He is widely seen as a leader completely dedicated to the welfare of his people. His programmes and policies have received popular approval repeatedly. In his fifth coming as the Chief Minister of the state his focus has been as much on transparency and eliminating corruption as on bringing governance closer to the people.

While his 5T mantra of governance has been widely appreciated, programmes such as Mo Sarkar have been hailed as revolutionary initiatives in the field of administration. With such a track record, the series of electoral victories registered by his party hardly come as a surprise.