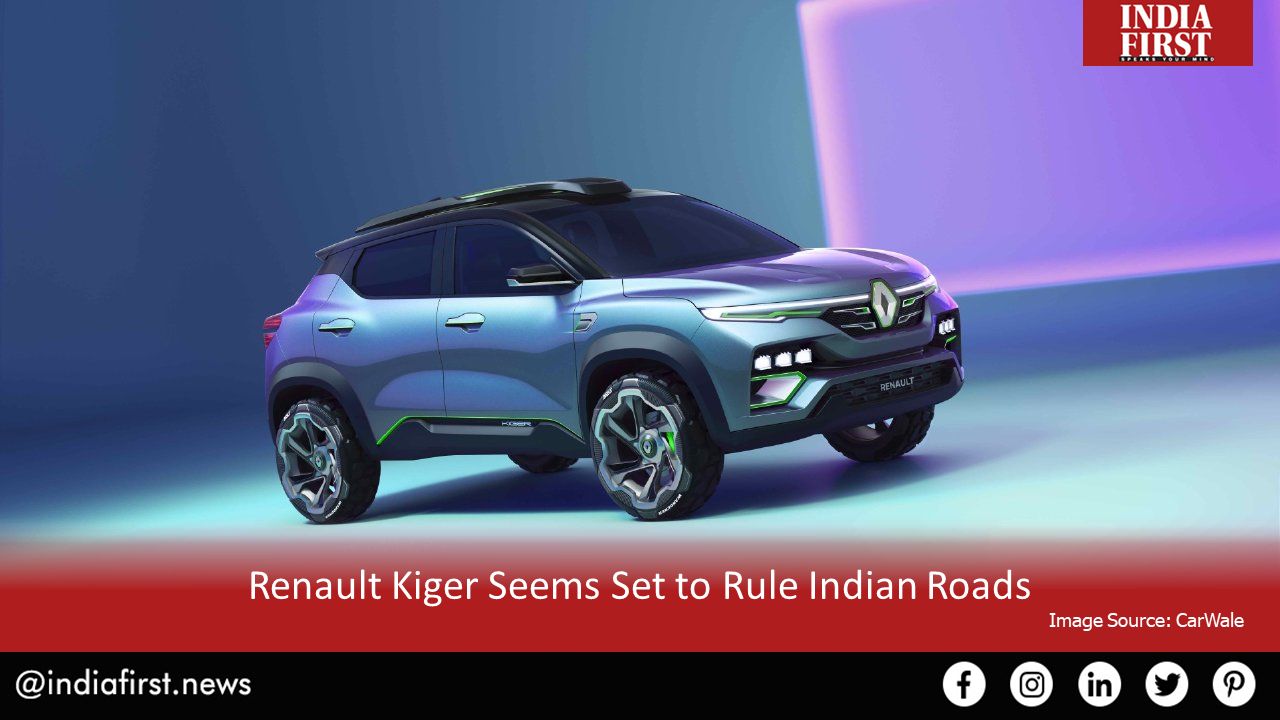 Renault India has unveiled the Renault Kiger before its official launch in the Indian market later this year. With this subcompact SUV, the French carmaker will become one of the leading players in the sub-4-metre SUV segment.

The Kiger is based on the new CMF-A+ platform that has been developed jointly by Renault and Nissan. Thanks to that, the Renault Kiger is similar in certain aspects to the new Nissan Magnite, which was launched in India last month and has seen a healthy reception, garnering a considerable number of bookings since its launch. The Renault Kiger is also expected to win over its target segment and build a solid customer base for Renault India.

The Renault Kiger is not the first car from Renault India to be based on the CMF-A+ platform, as the already released Renault Triber is based on the same platform. But the just unveiled subcompact SUV has a completely different design from its MUV counterpart.

The Renault Kiger has a more dynamic and sportier design than the Renault Triber and it is visible in its exterior features such as its front section that has split LED headlamps. The car has a bold grille with LED DRLs which is set up upfront. With well-defined arches which are made to accommodate 16-inch steel and diamond-cut alloy wheels, the Renault Kiger is a powerful car that is made to make a big impression on Indian roads.

The rear wheel arches are wider than the front ones and are designed to accommodate the LED tail lamps in a C shape. To save the car from scratches and dents, the Renault Kiger is fitted with butch bumpers at both ends and a skid plate at the back. Roof rails and roof-mounted spoilers are fitted in the car to complete the exterior finish of the car.

With a robust and stylish exterior, the Renault Kiger also has neat and feature-laden interiors that is highly likely to win over many who are looking for a car in its segment.

Its 8-inch floating touchscreen infotainment system will serve well for entertainment and navigation purposes. The Kiger comes with a 7-inch digital instrument console and other mounted controls that help the driver easily start and manoeuvre the car. It will feature climate control and the Arkamys 3D sound system that will ensure enjoyable rides in all weathers. The car also has ports that support wireless charging, and a 12-volt charging slot that will ensure connectivity even during long drives. With a 1.0-litre naturally aspirated and turbo petrol engines, Renault Kiger seems to have enough power and dependability to make a mark on the market as well as roads of India.