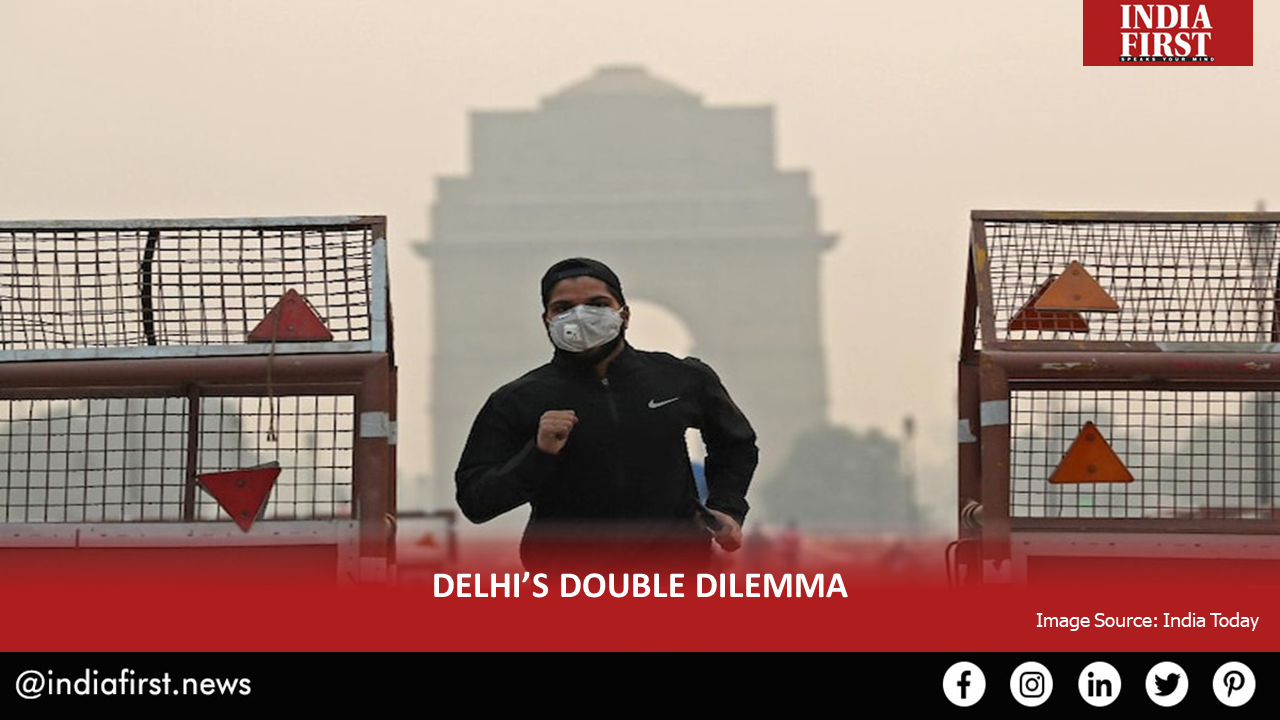 The statistical analysis of 32 Central Pollution Control Board (CPCB) monitoring stations in Delhi during the lockdowns last year has revealed an average reduction of 43 per cent and 61 per cent in particulate matter 2.5 (PM 2.5) and nitrogen oxide (NOx) concentrations, respectively, with respect to 2019 despite reduced wind speeds and mixing heights.

A special air quality monitoring study conducted by The Energy and Resources Institute (TERI) at three of its own monitoring stations in Delhi’s Lodhi Road, Patel Nagar and Laxmi Nagar during a monitoring period of 45 days showed that despite the statistically significant reductions in PM 2.5 and NOx levels in the national capital during the lockdowns, the PM 2.5 levels still violated the daily safety limit on 31-60 per cent of the monitored days.

This is one of the many key findings from the report on ‘Assessment of Air Quality During Lockdowns in Delhi’, which was released today by TERI with the support of Bloomberg Philanthropies.

In spite of the restrictions at the local level on vehicular movement, construction activities and functioning of several industries amid the Covid-induced lockdowns, “contributions from upwind locations kept the pollution levels above the prescribed standards on many days during the lockdowns in Delhi”, the report said.

Biomass burning was found to be one of the key contributors to the high PM 2.5 levels in the national capital and was mostly attributed to burning of wheat residues in farms and firewood in rural kitchens.

Regional-scale pollution from industries also contributed significantly to Delhi’s pollution during the lockdowns.

The study concludes that an airshed-based approach needs to be adopted in order to address the problem of air pollution in Delhi.

“Unless we tackle regional sources with equal or more intensity, we will not achieve air quality standards in Delhi. The state governments need to come together and contribute to the cause,” said Ajay Mathur, Director General at TERI.

Sumit Sharma, Director, Earth Science and Climate Change Division, noted: “Despite lockdowns and more dispersive meteorology in summers, the pollutant levels were way above the standards on most days. Focusing just on city-level plans will not be enough, let’s start preparing and implementing regional-level air quality management plans in India.”

The other key findings include special monitoring carried out last year at IHC, Laxmi Nagar and Patel Nagar locations from April 22 to June 5.

Despite the lockdowns, the PM 2.5 levels violated the daily standard by 60 per cent, 47 per cent and 31 per cent times at Lodhi Road, Laxmi Nagar and Patel Nagar, respectively.

Contribution of pollutants was found to be lower from transports and higher from biomass and industrial combustion activities, indicating regional contributions from outside Delhi.

However, biomass burning and industries are the significant sources contributing to the deterioration of air quality at the regional scale and, despite the lockdowns, they continue to pollute in substantial quantities.