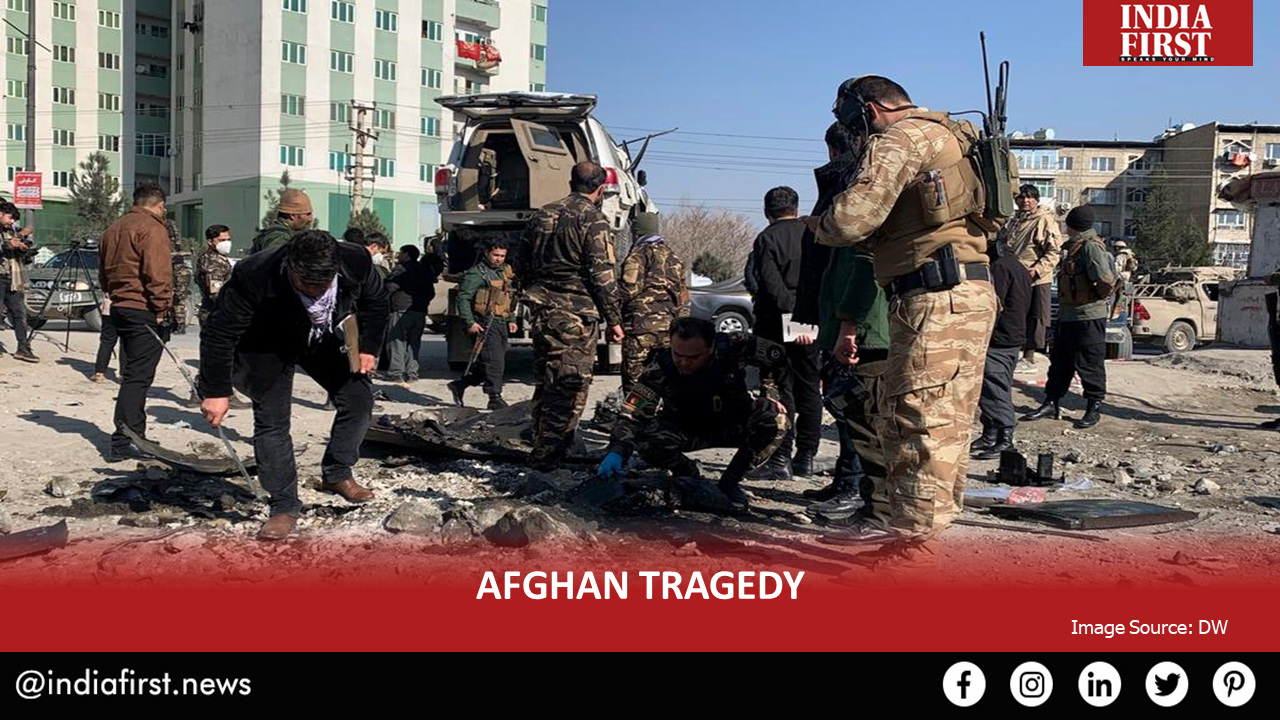 Kabul has been rocked by yet another round of terrorist bombings.

As the latest in a series of explosions that have hit Kabul over the past few months, two separate bombings today claimed the life of one police officer and injured at least six civilians in the Afghan capital.

The police officer died in the line of duty when a police pick-up truck struck an IED in Khairkhana neighbourhood, Police District 11, at around 9.40 a.m., a source from the Kabul police told Xinhua news agency.

The vehicle was destroyed and several shops were damaged by the force of the blast.

No group has claimed responsibility for the attacks so far.

On February 2, four blasts had taken place in different parts of Kabul, leaving three people dead and six others wounded.

Kabul has been reeling from the recent spate of bomb blasts and killings.

In December last year, at least 23 people were killed and 70 others injured in security incidents in the capital city.

Most of the magnetic IED blasts targeted security vehicles and were near police headquarters buildings in various areas of the city.

Meanwhile, Afghan First Vice-President Amrullah Saleh confirmed today that intelligence personnel have arrested another man for his alleged involvement in the November 2020 Kabul University attack that claimed the lives of 22 people.

“Another key element behind the vicious terrorist attack, Mohammad Omar, who was under prosecution, has been arrested in Police District 16 of the Kabul city,” Saleh, who is heading a security team in-charge of security of the capital, said in a Facebook post.

On November 2 last year, at least 22 people were killed and over 40 others were wounded after two gunmen attacked the University.

The victims included 18 students – 16 from the Public Administration Faculty and two from the Law Faculty.

“As the people are aware, an individual involved in Kabul University attack had also been arrested earlier, and had been sentenced to death and we once would be witnessing their hanging,” the First Vice-President added in his post.

Attack mastermind, Mohammad Adil, was sentenced to death by the Supreme Court on January 1 this year.

Five other collaborators of the attack were sentenced to various jail terms on charges of treason, transfer of explosive materials and cooperation with the Islamic State terror group which claimed responsibility.

Adil, a resident of Panjshir province, was recruited by Sanaullah, a member of the Haqqani Network terror group, according to the First Vice President.