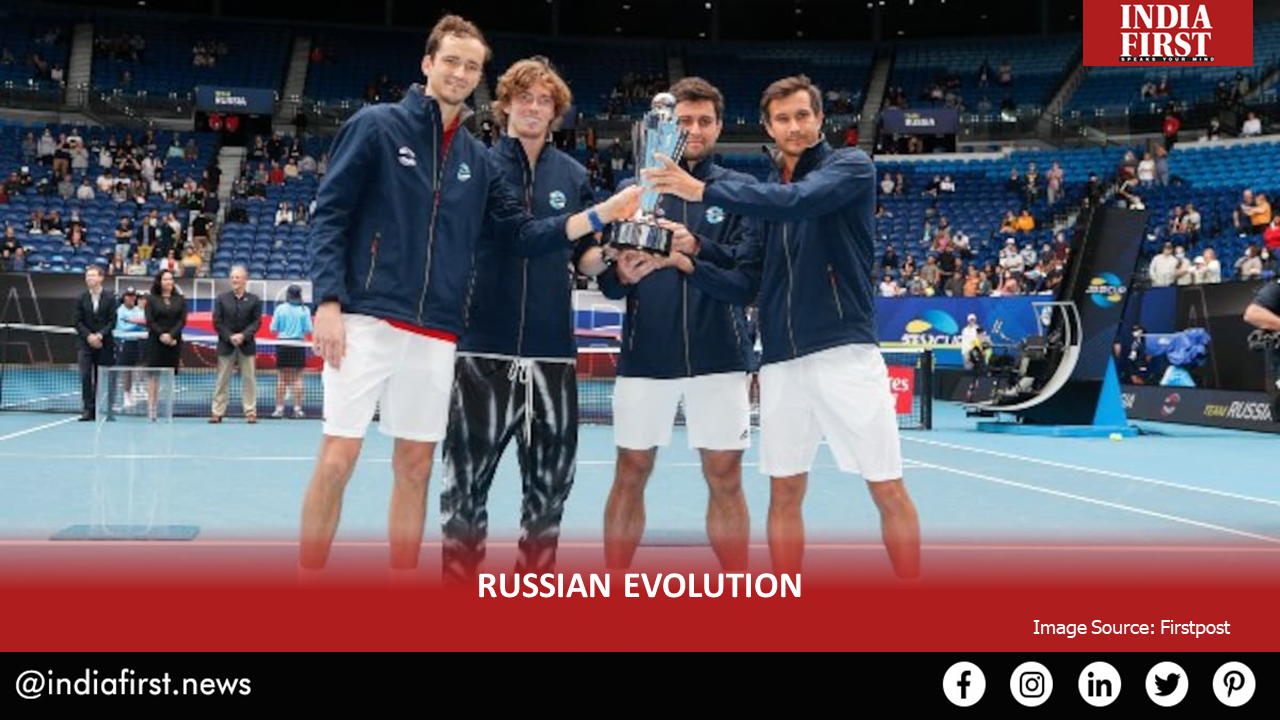 World No. 4 Daniil Medvedev and World No. 8 Andrey Rublev power their home nation to its maiden ATP Cup title.

Medvedev defeated Italian Matteo Berrettini 6-4, 6-2 in a match that lasted 79 minutes to cap a near-perfect singles performance by his country shortly after Rublev overpowered Fabio Fognini 6-1, 6-2 in the No. 2 singles match in just 61 minutes

The two Russians dominated throughout the week, winning all eight singles matches they played. They combined to lose just two sets to lead their country to glory at Melbourne Park.

“I want to thank my team. Andrey won all of his matches,” Medvedev said during the trophy ceremony as per the ATP Tour website. “Thank you for being with me here and lifting this trophy in a few moments.”

The 24-year-old won the title in Paris-Bercy and then lifted the biggest trophy of his career at the ATP Finals to finish 2020 on a high.

“It’s a really big achievement because I also didn’t lose a match. Yeah, 10 matches against Top 10 opponents, didn’t lose a match in these 10 matches. It’s a big boost in confidence,” the world number four said. “Even when you lose, you know that you’re capable of playing this level, and it helps you for the next time to stand up,” he added.

Team Italy had not advanced out of the group stage last year, when they also lost against Russia. Serbia had defeated Spain in the final of the inaugural event.