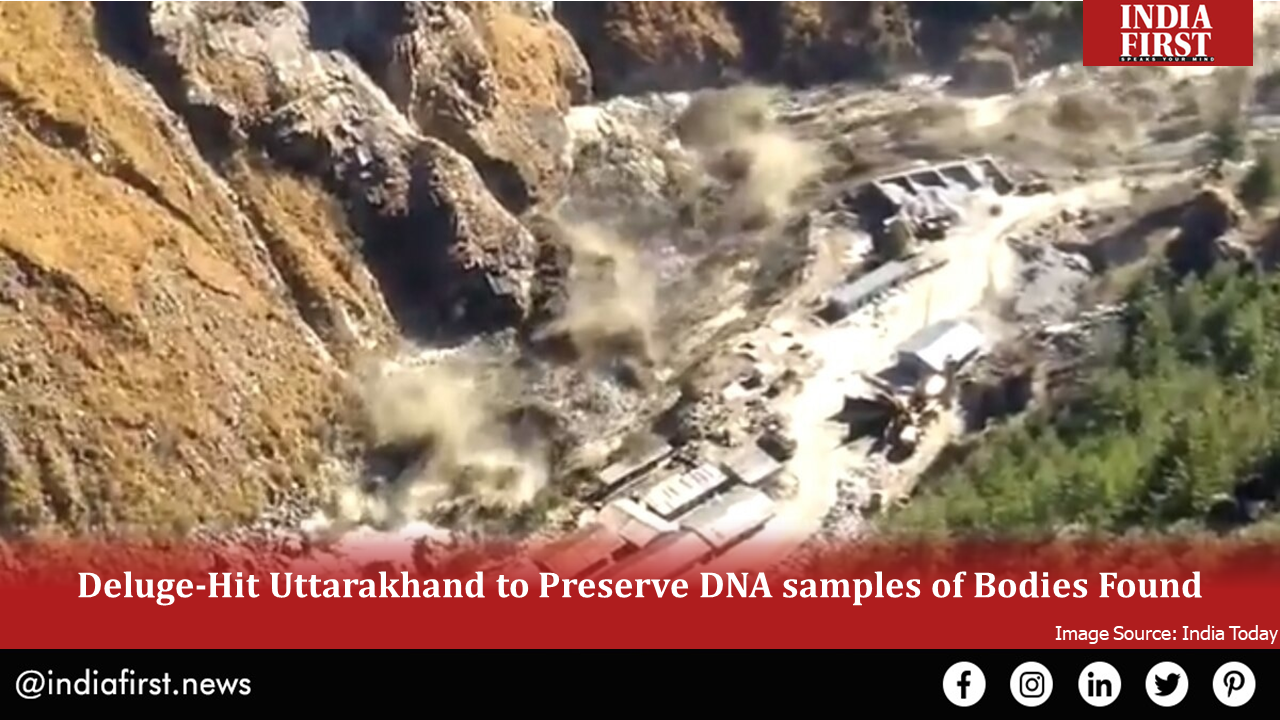 Taking a cue from the Kedarnath disaster, the Uttarakhand government has now decided to preserve the DNA samples of all the bodies or limbs recovered from the flash flood-hit areas of the state’s Chamoli district.

The DNA samples of all the bodies or limbs which have been recovered so far following the disaster are being preserved in a deep freezer at Gopeshwar police station in the district.

“We have decided to take DNA samples of all bodies which have been recovered irrespective of the identification,” said Yashwant Singh Chauhan, Superintendent of Police (SP), Chamoli.

This is being done in order to avoid controversies in the near future which usually occurs due to the wrong identifications.
Only, 10 bodies have been identified so far, Chauhan said.

The latest is of a Kashmiri engineer identified as Basarat Jargar whose half torso was recovered in the area. “The family members of Jargar identified his body and took it to the region for the burial.

“Most of the bodies are found in bad conditions and in other in cases they are in parts only,” said Chauhan.

All those bodies or remains which become 92 hours old are also being sent for cremation on day-to-day basis.

Top police sources said the identification process is becoming difficult as more and more people are pouring into Tapovan area to look for their near and dear who are missing in the disaster. “The moment they hear that one body is recovered, all people come for identification. We have to be very calm in such conditions because the issue is highly sensitive,” said a top police official.

In the Kedarnath disaster, the government had taken DNA samples of all the human remains which had help in a big way for identification by family members.