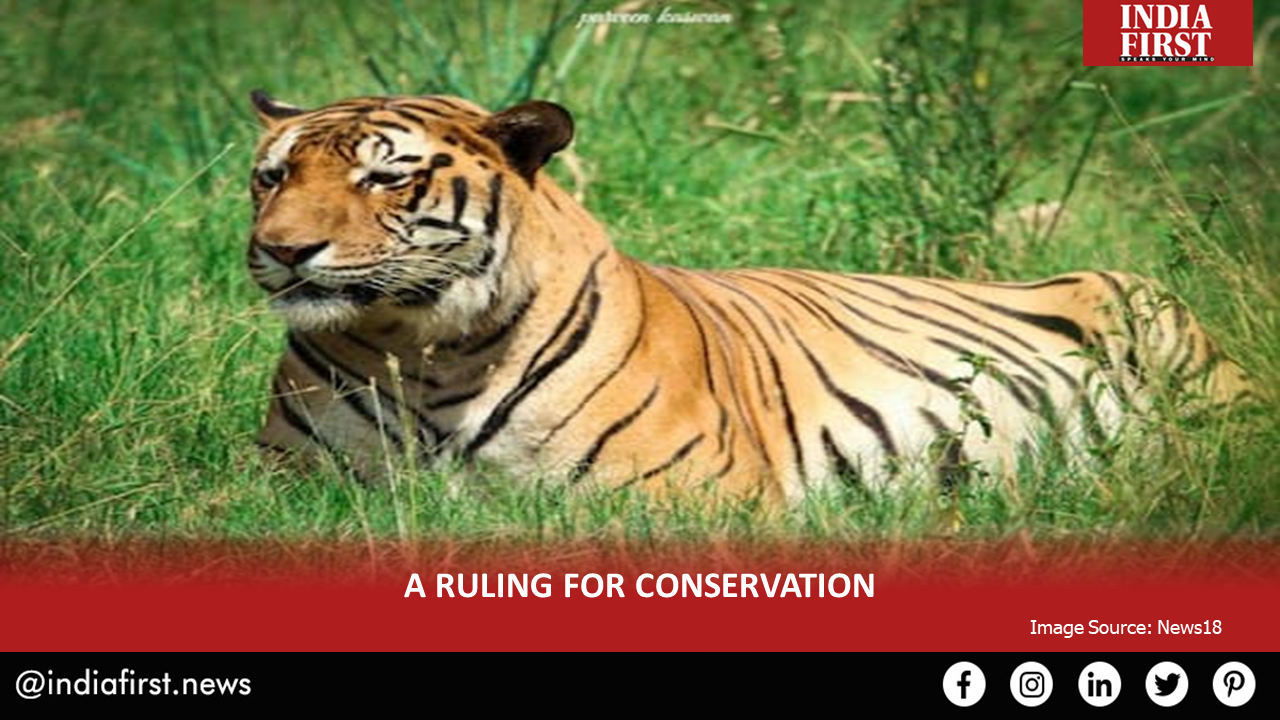 The Supreme Court has banned the entry of private buses into the core area of Corbett Tiger Reserve in Uttarakhand.

The Supreme Court has stayed plying of private company buses in the core area of Corbett Tiger Reserve and also issued notice to the Uttarakhand government.

A bench comprised of Chief Justice S.A Bobde, along with Justices A.S Bopanna and V.Ramasubramanian, deemed this is an important matter. “We grant interim stay”, said the bench.

The plea has been filed by advocate Gaurav Kumar Bansal challenging the decision of the forest department to allow a private company to ply their buses within a core area of Corbett Tiger Reserve. The plea cited the illegal act done by the Forest Department of Uttarakhand in which its officials provide wrongful gain to a private sector company by allowing its buses to ply within the core area of Corbett Tiger Reserve.

“Tiger population at the Corbett Tiger Reserve is important for maintaining the viability of entire Terai Landscape, and disrupting it through plying of private buses shall jeopardise one of the few viable tiger populations in the country,” said the plea.

The petitioner has argued that this area as per Section 38 (V) of Wildlife Protection Act, 1972 is required to be kept as inviolate area for the purpose of tiger conservation.

“However, in the present case, neither the forests officials have taken any approval from Respondent No. 02 (National Board for Wildlife) nor have they taken any advice from National Tiger Conservation Authority, hence the present case”, said the plea.

The petitioner argued that the plying of buses by a private sector company within the core area of Corbett Tiger Reserve is nothing but an act of compromise with the protection and conservation of our national animal. “It is respectfully submitted that Section 38 (O) of the Wildlife Protection Act, 1972 provides that tiger reserves shall not be diverted for ecologically unsustainable uses, and in case it is required, then it is mandatory for State of Uttarakhand and its forest department officials to do the same only after taking approval from National Board for Wildlife and on the advice of National Tiger Conservation Authority”, the plea stated.