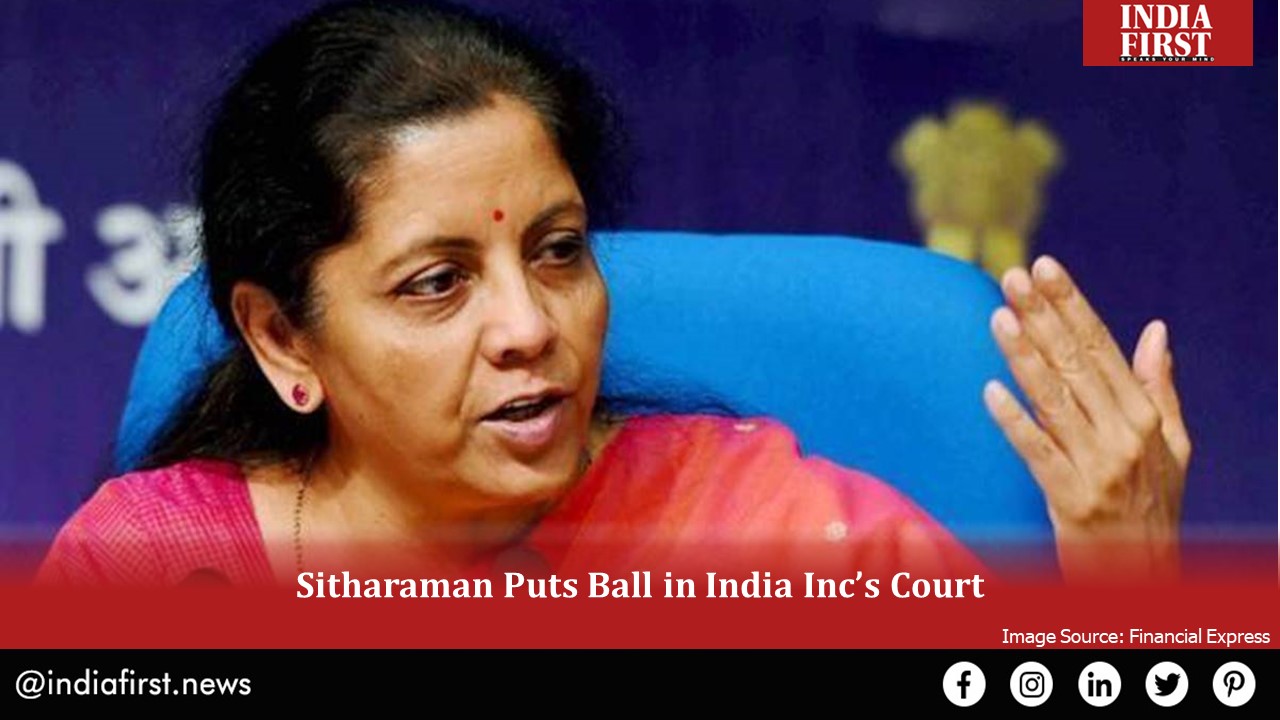 After delivering on her promise of a favourable budget, the Finance Minister has urged the private sector to do its bit for the economy.

Finance Minister Nirmala Sitharaman has said today that the Union Budget 2021-22 has assured clarity and certainty on policy, taxation, infrastructure capex and privatization, and now it is entirely up to the private sector to invest and expand capacity for long-term and sustainable economic growth.

“I have been waiting for investment and expansion and I want to see the private sector show its animal spirits,” Sitharaman said during her address at the All India Management Association’s 65th Foundation Day celebrations.

Sitharaman said that she has provided long-term certainty with short-term stimulus in her budget. She urged AIMA to nudge Indian business into investing and expanding capacity.

Sitaraman emphasized that the government is committed to multi-year stimulus spending to support sustained economic recovery.

She asserted that this year’s budget was about charting a clear and certain path for the next decade. “Each word of this budget is full of meaning, so make the best use of it,” she told the management leadership of the country.

The FM explained that the divestment policy announced in the budget was to move from incremental change to economic transformation. “I want a more meaningful and purposeful spending of the taxpayers’ money,” Sitaraman said, adding that the government did not want to use taxpayers’ money to run institutions that it could not, and instead it wants to give public sector companies to those who can.

The divestment policy is not about closing down PSUs, the FM clarified. She said that Indian economy had great demand for steel, copper, coal etc and the PSUs needed to be run more efficiently and productively to meet that demand. “We are not selling PSUs for closure. We want them to be run better,” she said.

Assuring Indian business about the government’s enormous fiscal deficit and huge borrowing programme, the Finance Minister said that the capex and infrastructure intensive budget will improve demand at both the industry and the consumer levels.

“This spending will ensure sustained growth over the next decade,” she said.

Uday Kotak, Executive Vice Chairman & Managing Director, Kotak Mahindra Bank, who also addressed the management leadership of the country on the occasion, asked his peers to do more than just applaud the government. “Time has come for Indian business leaders to walk the talk,” he said.