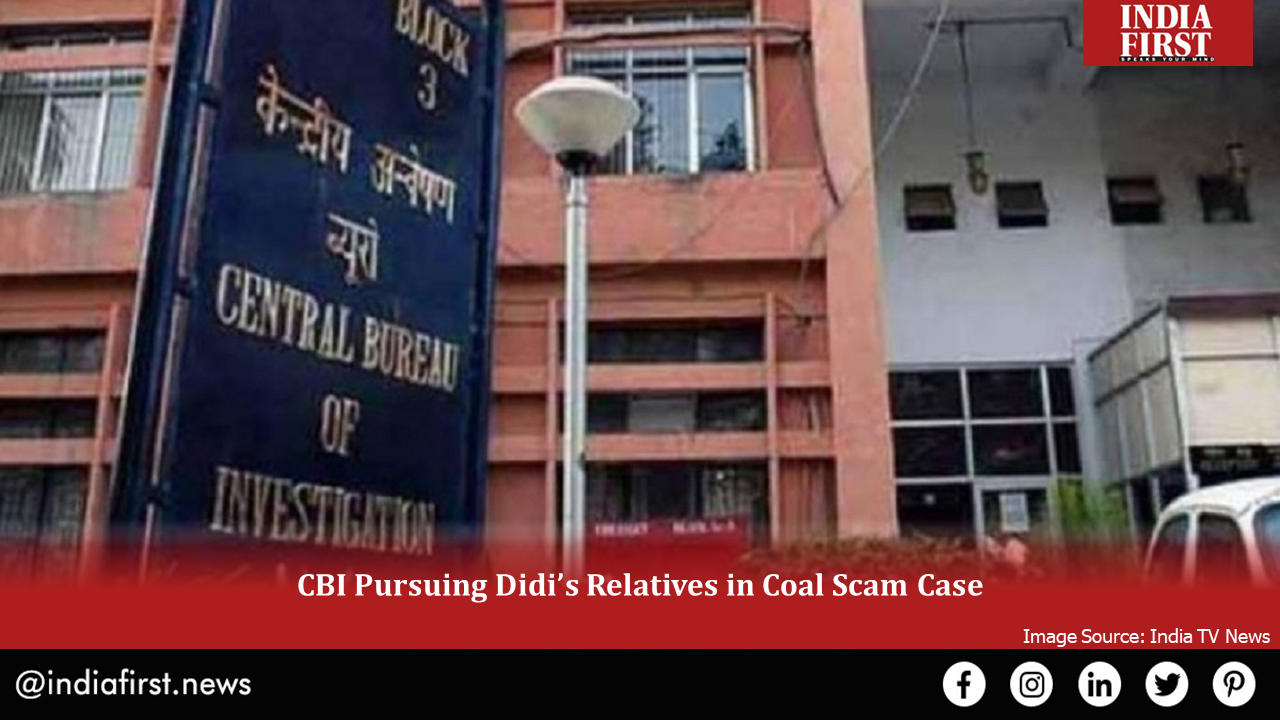 In a surprise action ahead of the upcoming West Bengal Assembly polls, a CBI team arrived at the house of Chief Minister Mamata Banerjee’s nephew and Trinamool Congress Lok Sabha MP Abhishek Banerjee here to question his wife in the coal smuggling case.

A defiant Abhishek Banerjee said that he will not be “cowed down” by such tactics.

A CBI source related to probe said: “A team of CBI had gone to Abhishek’s residence to issue notice to his wife Rujira Banerjee in a coal scam case the agency registered last year in November.”

The source said that she was not present at her residence named ‘Santiniketan’ in south Kolkata’s Harish Mukherjee Road when the team went there to serve the notice.

A huge police contingent was deployed around the house which remains heavily guarded round the year.

The CBI team then shared the notice with the people present in the house and asked them to tell Rujira to talk to them over the phone.

Following the CBI action, Abhishek said that he has full faith in law of land but asserted that he would not be cowed down.

“At 2 p.m. today, the CBI served a notice in the name of my wife. We have full faith in the law of the land. However, if they think they
can use these ploys to intimidate us, they are mistaken. We are not the ones who would ever be cowed down,” he said in a tweet.

Reacting to the development, Trinamool Congress spokesperson Kunal Ghosh said that there is nothing new in it as the Bharatiya Janata Party (BJP) would trying everything to unseat the Trinamool Congress-led government in West Bengal.

“They are using central agencies to malign the image of Abhishek Banerjee ahead of the state Assembly elections. The CBI notice is just a step towards that,” he said.

The CBI had registered a case of illegal theft of coal last year in November. The agency had registered a case against coal mafia Anup Majhi alias Lala, his deputy J. Mondal, and other unidentified people, including some employees of the Eastern Coalfields Ltd and of other Central government offices. It was alleged that Majhi was involved in coal theft from leasehold mines of the ECL in Kunustoria and Kajora areas.

On November 28 last year, the CBI had conducted raids at 45 locations in West Bengal, Bihar, Jharkhand, and Uttar Pradesh in connection with the coal smuggling racket.

On February 19, the CBI team carried out searches at 13 locations in four districts of West Bengal including the premises of Mondal.