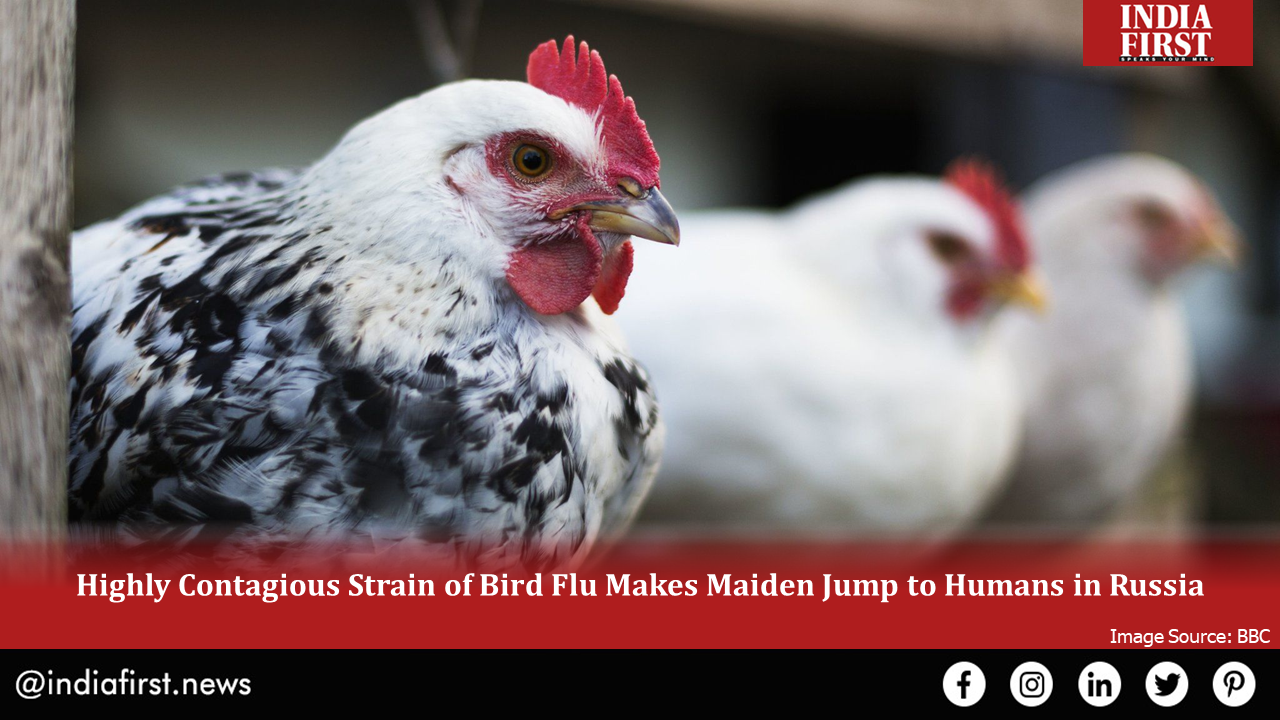 Russia has recorded the first case of human infection with the avian influenza A(H5N8) virus in the world, according to a Russian sanitary official announced on Saturday.

Scientists have isolated the genetic material of this bird flu virus in seven workers of a poultry farm in south Russia, where an outbreak among fowls was reported in December, said Anna Popova, head of the country’s consumer rights and human well-being watchdog Rospotrebnadzor, the Xinhua news agency reported.

All the necessary measures were taken immediately to protect humans and animals, and the infection did not spread further, she told a briefing.

All of the seven people who were infected are now feeling well, with only mild clinical symptoms, Popova said.