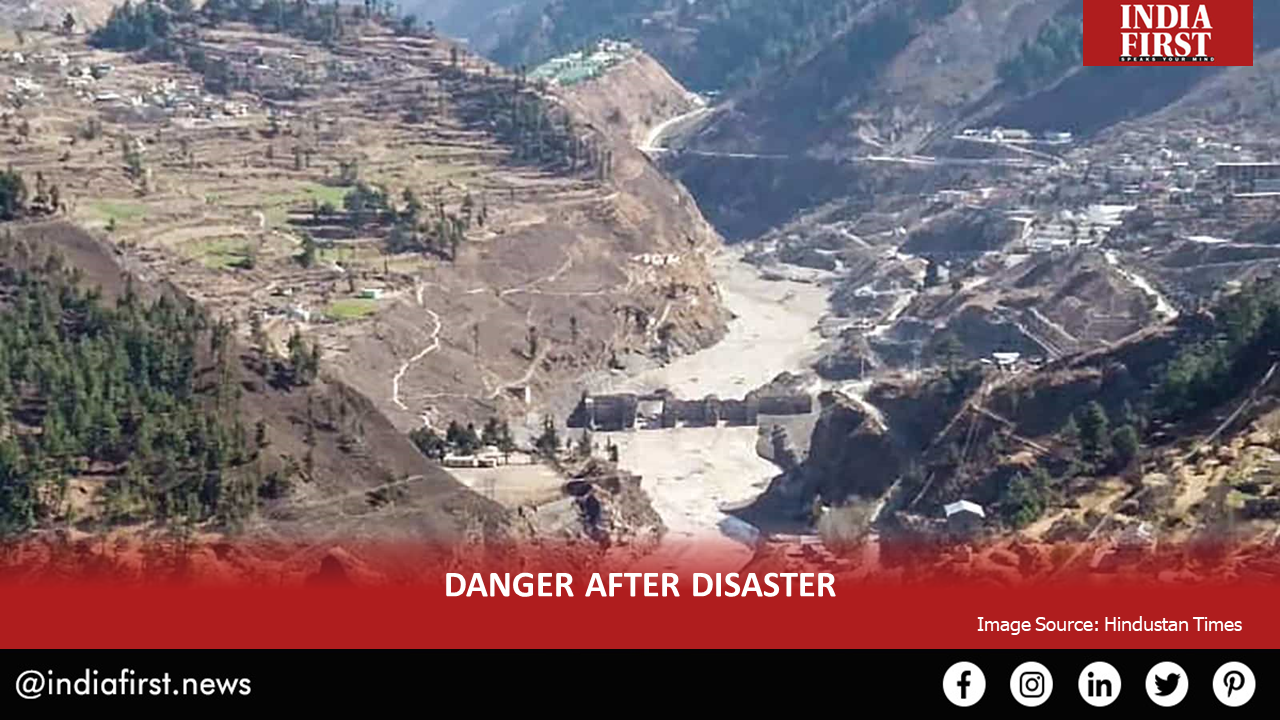 The risen beds of Dhauliganga and Rishiganga rivers after the deadly flood in Uttarakhand’s Chamoli district loom as a major threat to people in nearby areas.

After the formation of a lake following the Uttarakhand floods, there has been a rise in the Rishiganga-Dhauliganga river beds which may pose a fresh threat to Chamoli district.

According to one estimate, the river beds of Dhauliganga and Rishiganga rivers have risen by few metres especially at Tapovan area after the February 7 deluge. “We have noticed considerable rise in river beds after the floods which is a big issue before us,” said a top NTPC official.

The rise in river beds is also hindering search operations for the missing persons in the area. “It becomes very difficult to remove huge debris around the river and search for bodies,” said the official.

When contacted, District Magistrate Swati Bhadauria said she can only say about the rise in river beds after an authentic study. “As of now I can’t say how much the river bed has risen,” she said.

Meanwhile, scientists and other agencies are continuously observing the Rishiganga lake at a height of 14,000 feet in the Himalayas in Chamoli district.

Despite the considerable flow from a lake that was formed at the catchment area of the turbulent Rishiganga river, the State Disaster Response Force (SDRF) personnel are also on alert.

A team of top scientists from different agencies is also camping at the lake area for further observation. Naval divers have also made a survey to observe the area and its depth.

SDRF personnel at Pang and other areas along Rishiganga lake are also closely monitoring the flow of the Rishiganga river. In addition to this, alert sensors have also been set up along the river.

The lake appears to be 750 metres long and has a huge quantity of water which can pose a big threat to the downstream areas of Rishiganga river, SDRF officials said.

Significantly, there is a considerable discharge from the lake also which is being seen as a relief, DGP Ashok Kumar said.

The government has sent scientists of the Wadia Institute of Himalayan Geology and Geological Survey of India to the lake area where they will prepare a report for future action.