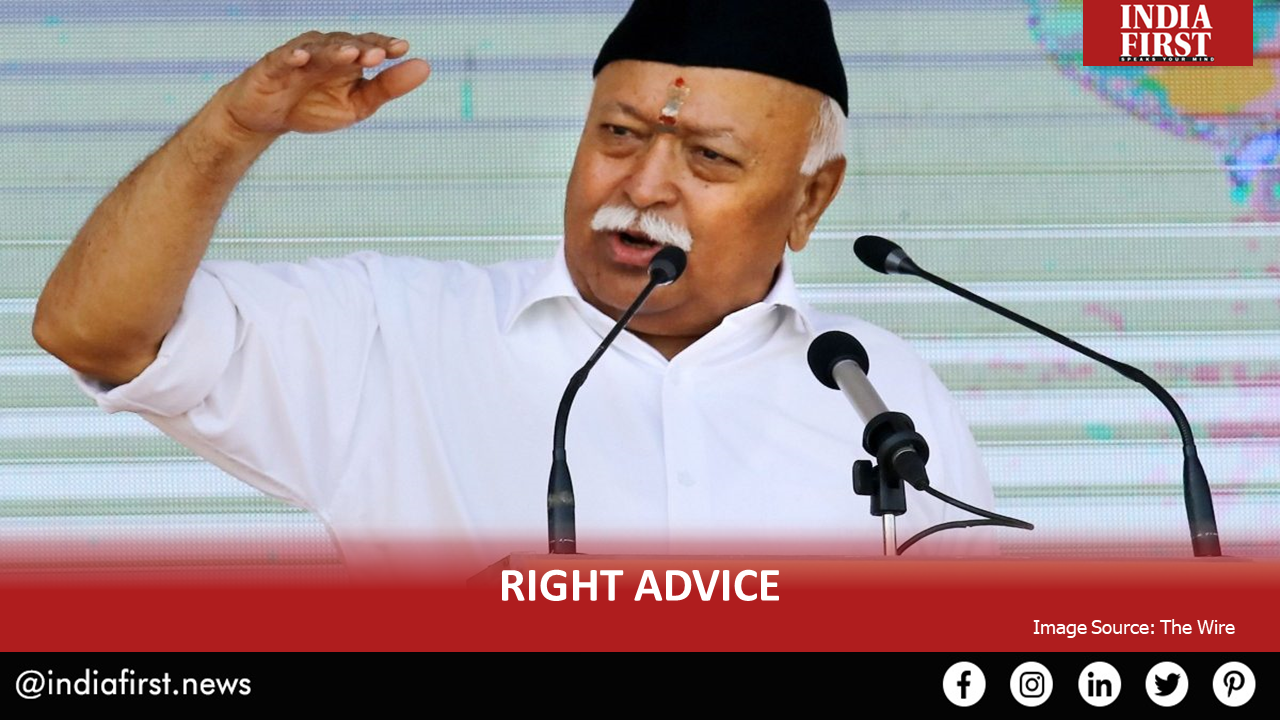 RSS Chief Mohan Bhagwat has called on all communities to live in unity and contribute to national development.

All Indians are descendants of Hindu ancestors and no one in India is a foreigner, according to RSS chief Mohan Bhagwat.

“The British had tried to divide the country by fanning separatist sentiment among the Muslims community. I appeal to all to live with unity and contribute to the development of the country,” he said in his address at a book launch event yesterday at Constitution Club in New Delhi.

Releasing the book titled “Historical Period-Counting: An Indian Discourse” by former RSS ‘pracharak’ and Director of the Centre for Civilization Studies, Ravi Shankar, Bhagwat said that powerful nations try to rule over a weak nation and everyone knows about it so there is no need to give an example of it.

The RSS chief appealed to all the Indians not to forget the glorious history and traditions of the country, lamenting that they had forgotten their rich and glorious traditions even before the invaders came to India.

Referring to the deep-rooted tradition of agriculture in India, Bhagwat cited an example of a family in Bihar which is highly educated but yet completely engaged in agriculture. He also dwelt on organic farming in the country.