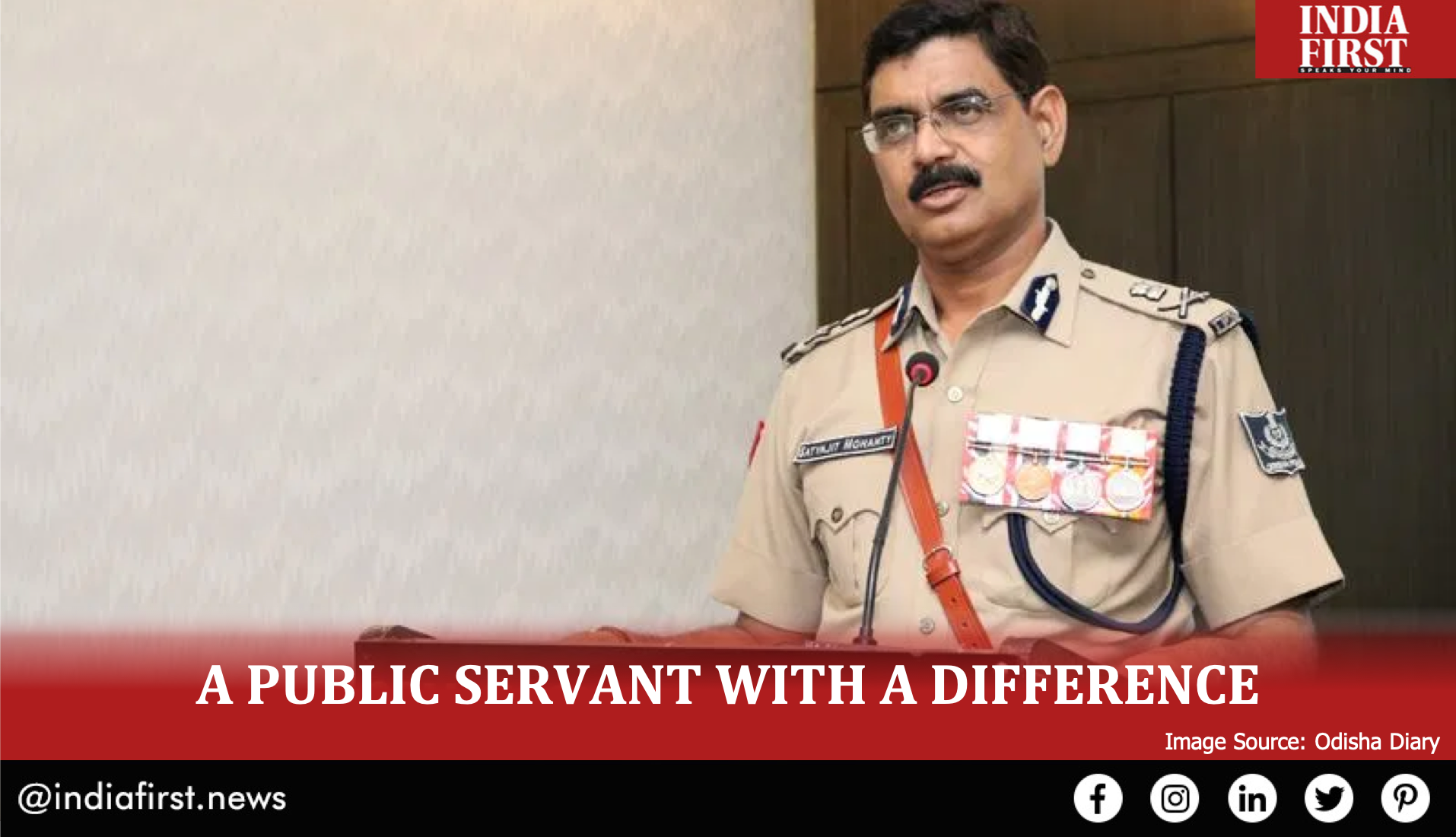 IPS Satyajit Mohanty will be an asset to Odisha in whatever capacity he serves the state.

Every once in a while, an officer comes along who leaves a lasting impression on the people of Odisha. Senior cop Satyajit Mohanty – Director General of Fire Services, Commandant General of Home Guards & Director of Civil Defence – has been one such.

The 1988-batch IPS officer has already applied for VRS (voluntary retirement scheme) ahead of his appointment as Chairman of Odisha Public Service Commission earlier this month, but many reckon that his work and performance as a police officer will be remembered for a long time to come.

“Mr Mohanty more than deserves all the acclaim, awards and important posts he has got in his career. He is a positive-minded and compassionate person with a rare drive to serve the society and a proactive attitude to facilitate development,” said a noted industrialist who did not wish to be named.

“In a way he is just the kind of public servant that the Naveen Patnaik government wants for its 5T governance model and Mo Sarkar initiative,” the industrialist added.

Just as Rome was not built in a day, Mohanty’s excellent reputation as an outstanding police officer has developed over a period of more than three decades – brick by brick – ever since he started out as Assistant Superintendent of Police (ASP) in Jeypore back in 1990.

His work ethic did not go unnoticed. Among the numerous medals he won over the course of his career, the most notable ones were the Police Medal for Meritorious Service in the year 2004, President’s Police Medal for Distinguished service in 2012 and Antarik Surakhya Seva Medal in 2016.

Therefore, it came as little surprise when people across Odisha hailed his appointment as the Commissioner of Bhubaneswar-Cuttack Police Commissionerate in 2018.

Upon assuming his new responsibility, he had famously told the press something that has not been forgotten either by the public or the police of the state: “Winning the trust of the people is vital for the police for its smooth functioning. The police will have to work in such a manner that the people will repose their faith and trust and come forward to cooperate.”

Throughout his stint as Police Commissioner, he walked the talk and ensured that everyone at the Commissionerate followed suit.

And then, after his elevation to the rank of Director General of Police, he was posted as DGP Intelligence, before his timely appointment as DG Fire Services last year.

The appointment was timely because it happened when his home state, just as the rest of the world, was in the throes of the coronavirus pandemic and the Odisha Fire Services personnel had returned after providing direly needed rescue and restoration assistance to West Bengal after Cyclone Amphan.

Of the 372 personnel that had gone from Odisha for the purpose, as many as 190 had returned infected with the deadly virus. However, inspired by Mohanty’s leadership and Chief Minister Naveen Patnaik’s earnest appeal to save Covid-critical lives, many recovered personnel volunteered to donate plasma. In subsequent months, Mohanty also oversaw the impressively meticulous disinfection drive conducted by the Odisha Fire Service personnel across the state in its fight against Covid-19.

Mohanty’s warm send-off tweet for his retiring long-time official driver also gives a fair glimpse of his character as a compassionate leader and a human being. Incidentally, his Twitter account also lets viewers in on another important fact about him: That he is a man of many parts.

Apart from being an ace cop, he is an accomplished academician.

Even during his busy 32-year-long IPS career, he managed to add on to his MSc degree from Utkal University a plethora of other qualifications: LLB from Utkal University (1997-2000); Post Graduate Degree in Human Rights from Pondicherry University (2000-2002); Post Graduate Degree in Public Policy and Management from IIM Bangalore and & Maxwell School of Public Policy, Syracuse University, NY, USA (2011-2013), and a PhD in Law from National Law University, Odisha (2013-2019).

Thanks to his academic prowess, he is a guest resource person of National Police Academy, Hyderabad, Gopabandhu Academy of Administration, Bhubaneswar and Odisha Judicial Academy, Cuttack, National Law University, Cuttack, National Law School of India University, Bangalore.  He was also nominated as the Executive Committee Member of National Police Mission of Government of India, for research in the field of community policing.

Mohanty has also very much been into sports. He is a keen tennis player, having represented the state police team, apart from being Vice-President of Odisha Tennis Association and Honorary Secretary of Cuttack District Tennis Association. He is also a long-distance cyclist.

Some ascribe his illustrious career and great leadership qualities to his varied interests and multifaceted talents. Perhaps the vast range of his interests have contributed to his ability to see the big picture as a top administrator. But one thing is for sure: When he retires from the Indian Police Service to serve his state in another important capacity, Mohanty will leave behind a unique legacy.