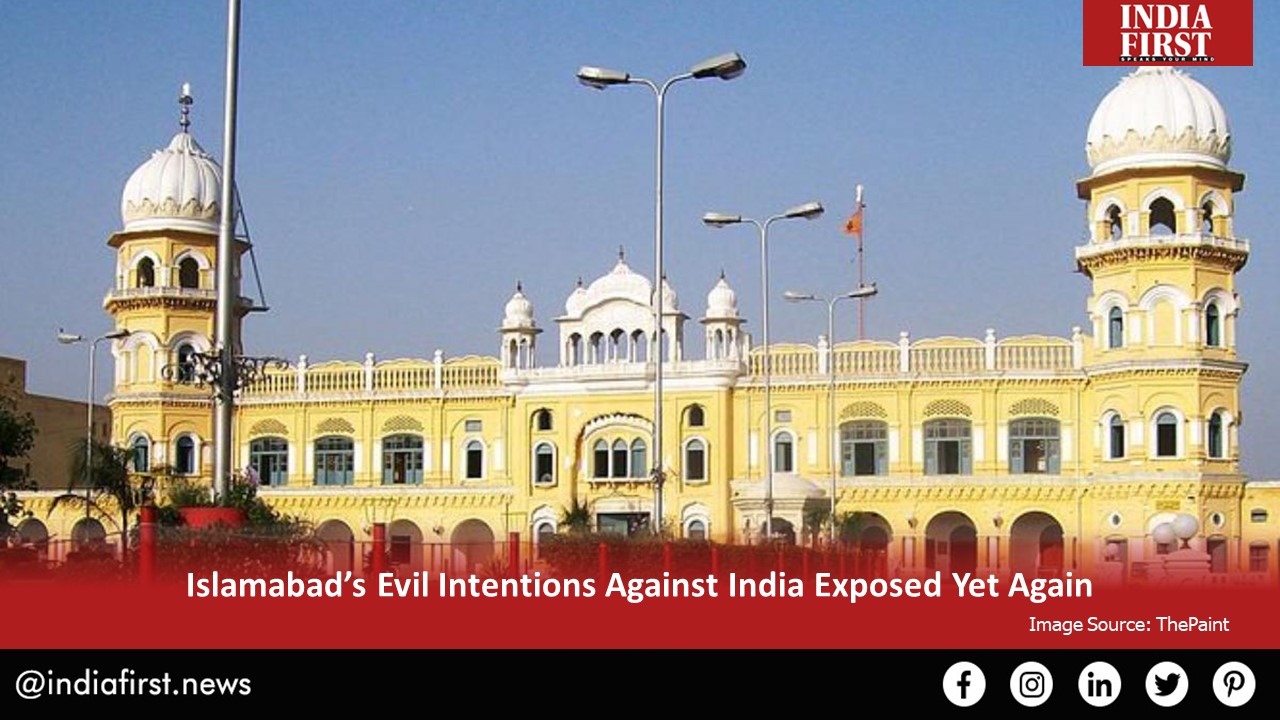 Planned tractor rally in Nankana Sahib reveals much about Pakistan’s ulterior motives in its support for farmer’s protest in India.

Pakistan’s anti-India propaganda machinery is working overtime to exploit every situation it can to bring embarrassment to the Indian government at the international level.

The latest ploy in the series is to organise a ‘tractor rally’ in Pakistan which is believed to be the brainchild of Pakistan’s notorious Khalistani Sikh leader Gopal Singh Chawala, who proudly claims to be a friend of Mumbai blast mastermind Hafiz Sayed.

Chawla yesterday announced to take out a tractor rally in Nankana Sahib, the birthplace of the founder of Sikhism, Guru Nanak Dev, to express solidarity with the Indian farmers.

The blue-eyed boy of the Inter-Services Intelligence in Pakistan, Chawla uploaded a video message on social media wherein he could be seen announcing to take out the tractor rally, claiming that over 1,000 tractors would participate in it.

However, he has not given any date for the tractor rally.

A few days ago, Chawla had made a similar statement and, according to sources, ISI had planned to take out a tractor rally in Nankana Sahib during the presence of an Indian Sikh ‘jatha’ to show the international community that Sikhs in India are not happy with the Narendra Modi-led government.

However, sources informed that upon receiving inputs about Pakistan’s sinister designs, the Indian government refused to grant permission to the Sikh jatha to travel across the border, thus not giving the ISI operators any chance to bring embarrassment to India.

On February 17, the Ministry of Home Affairs had denied permission to the SGPC-led Sikh jatha to travel to Pakistan to attend the centenary function of Saka Nankana Sahib.

Security threat and the prevalent Covid-19 situation in Pakistan were stated to be the reason for the cancellation of the trip.

After the failure of its planned tractor rally in the presence of hundreds of Indian Sikhs, an infuriated Pakistan made the announcement of holding a similar rally in the near future through its stooge Chawla yesterday.

In the video, Chawla did not mention the date for the tractor rally, but claimed that Sikh jathas would arrive in Nankana Sahib from different cities of Pakistan, including Karachi, Islamabad and Peshawar, to participate in the rally.

Sources informed that the ISI has already established contact with Sikh leaders in Pakistan, including Mahesh Singh from Sindh, Jasbir Singh from Balochistan, Pratap Singh from Peshawar, Gurmail Singh from Panja Sahib, and Pappal S Singh from Nankana Sahib, urging them to be prepared for taking out the tractor rally.

In the message, Chawla also condemned Prime Minister Narendra Modi and blamed him for causing problems in the life of the Indian farmers.

Earlier, Pakistan’s Sikh leader Bishan Singh, the former president of Pakistan Sikh Gurdwara Parbandhak Committee, had incited Sikh militants and hardliners to join hands with Islamist extremists in Jammu and Kashmir and initiate a movement against the Indian government.