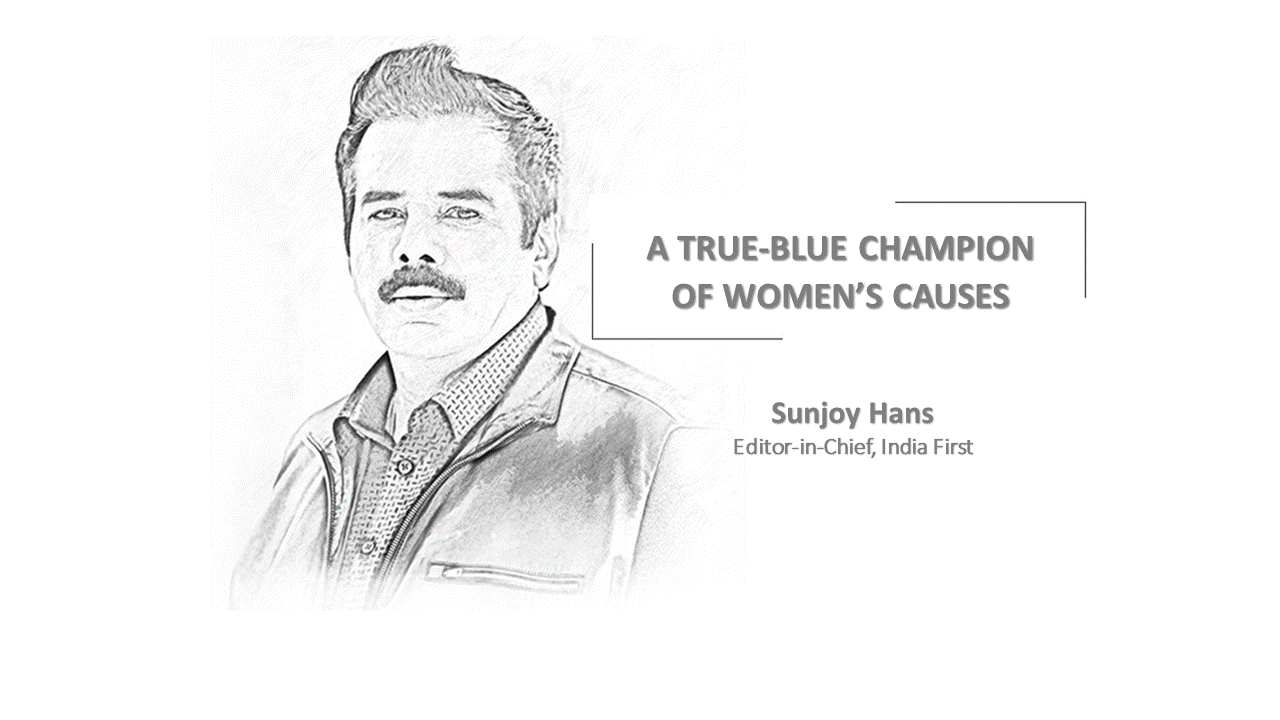 A relentless crusader for women’s empowerment, Chief Minister Naveen Patnaik has once again sought to remind national parties of their commitment to provide reservation for women candidates both in the Lok Sabha and the state assemblies. He chose the right platform – governing council meeting of NITI Aayog – to raise the issue.

Addressing the sixth governing council meeting of the Aayog, the premier policy think-tank of the Government of India, Patnaik cautioned the national parties that history will not forgive them if they reneged on their promise. He also underscored the need for serious deliberation on the issue so that the momentum generated in favour of the demand could be carried forward.

Patnaik is the first regional satrap of the country to have taken up the issue of reservation for women in the legislative bodies in mission mode. While he himself set an example by fielding women on seven out of 21 Lok Sabha seats of Odisha on behalf of his party – Biju Janata Dal (BJD) – in the last elections, he has been campaigning for similar reservation for women across the country.

Significantly, the NITI Aayog meeting, where he raised the issue via videoconferencing, was chaired by none other than Prime Minister Narendra Modi himself. He must have taken note of Patnaik’s plea and the fervour with which it was made.

The five-time Chief Minister has inherited the streak of championing the cause of women and the downtrodden from his legendary father, Biju Patnaik, who is often referred to as the ‘first feminist’ because of his exemplary initiatives in the field of women’s empowerment. Biju babu was the first Chief Minister of the country to reserve 33 percent seats in panchayats and urban bodies for women in 1992. Then he set another example by appointing Sumani Jhodia, a tribal woman from Rayagada district, as one of his advisors with powers of a police officer to fight the menace of country liquor in her area.

His son has improved upon his father’s record and enhanced the reservation ratio for women in panchayats and urban bodies to 50 per cent. In the last Lok Sabha elections, he gave 33 percent of his party tickets to women including septuagenarian self-help group (SHG) leader Pramila Bisoi, who contested from Aska, the seat from where the Biju Janata Dal supremo had launched his political career in 1997.

Patnaik had repeatedly underscored the importance of making women aware of their rights. He has been urging his party leaders to take the message of women’s empowerment to every doorstep and turn it into a national movement. Keen to ensure economic independence of women, especially for those coming from underprivileged backgrounds, he launched Mission Shakti that has created a vast network of women self-help groups contributing to the state’s economy through income-generating activities. Patnaik has, thus, given women of the state both dignity and independence.