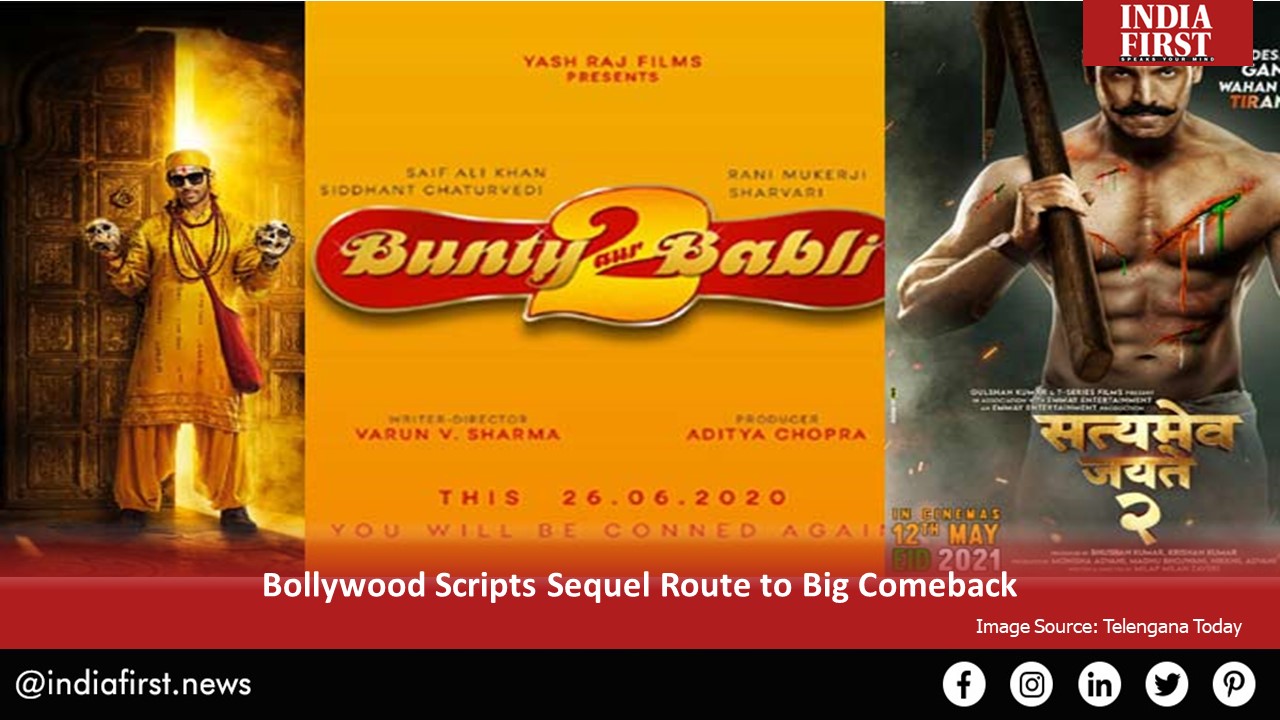 Bollywood might have had a slow run last year with lockdown prompting total closure of cinema halls through most of 2020, but the industry sure has plans to bounce back with multiple big-ticket films over the coming months. A large chunk of these are sequels.

Sequels come with the advantage of a ready fan base, because fans of the earlier film or films in the series hope to see what happens next in the franchise. That, in itself, can be a huge advantage for any filmmaker, at a time Bollywood is going all out to woo the crowds back to the theatres.

“Sequels have always worked as they have a big advantage of coming after a super successful film. The films already enjoy popularity and many people go to watch them. Rohit Shetty has been very lucky that way that most of the sequels of his films have also done well – for example the ‘Golmaal’ series. People are looking forward to them this year,” says trade analyst Atul Mohan.

However, Mohan adds that content will always matter. The audience will be cautious at time when the pandemic is yet to to die down, and step out only if they are confident that a film has good content.

“A film will hold only if the story appeals to the masses. We have a lot of films where the first part did well but the subsequent instalments did not do well. Like Raaz and Yamla Pagla Deewana. There is a big challenge with sequels, as they are also competing with their first parts, which are already successful films. A sequel has to be as good if not better than its first instalment,” he says.

Trade analyst Komal Nahta feels interesting content is the only way to draw the audience, who are still treading warily into the theatres. “When we talk about sequels, there is a certain audience that will go to watch the film for sure. However, if the film is very bad, it will not survive. A sequel is no guarantee of a film doing well. It is just an assurance to the audience that the film will probably be good. Nothing can make up for bad content,” he says.

Here is a list of sequels lined up over the next months:

The Rajkummar Rao-Bhumi Pednekar starrer is the second film in the Badhaai Ho franchise. The family comedy is directed by Harshavardhan Kulkarni. The film will release this year but the date hasn’t been locked yet.

The Abhishek Bachchan-Rani Mukheji starrer Bunty Aur Babli was a huge hit in 2005, and the sequel stars Rani with Saif Ali Khan, Siddhant Chaturvedi and Sharvari. The film is scheduled to hit screens on April 23.

Kartik Aryan and Kiara Advani share the screen in the horror comedy, which follows the first film of 2007 starring Akshay Kumar. Shoot of the sequel started at the end of last year and the film is slated to release on November 19.

John Abraham returns in the vigilante cop avatar from his first film of 2018. It will hit the screens on May 14. The film has been helmed by Milap Zaveri and has Divya Khosla Kumar.

The sequel to Tiger Shroff’s debut film of 2014, Heropanti, is scheduled to release on July 16. The action drama has been directed by Ahmed Khan.