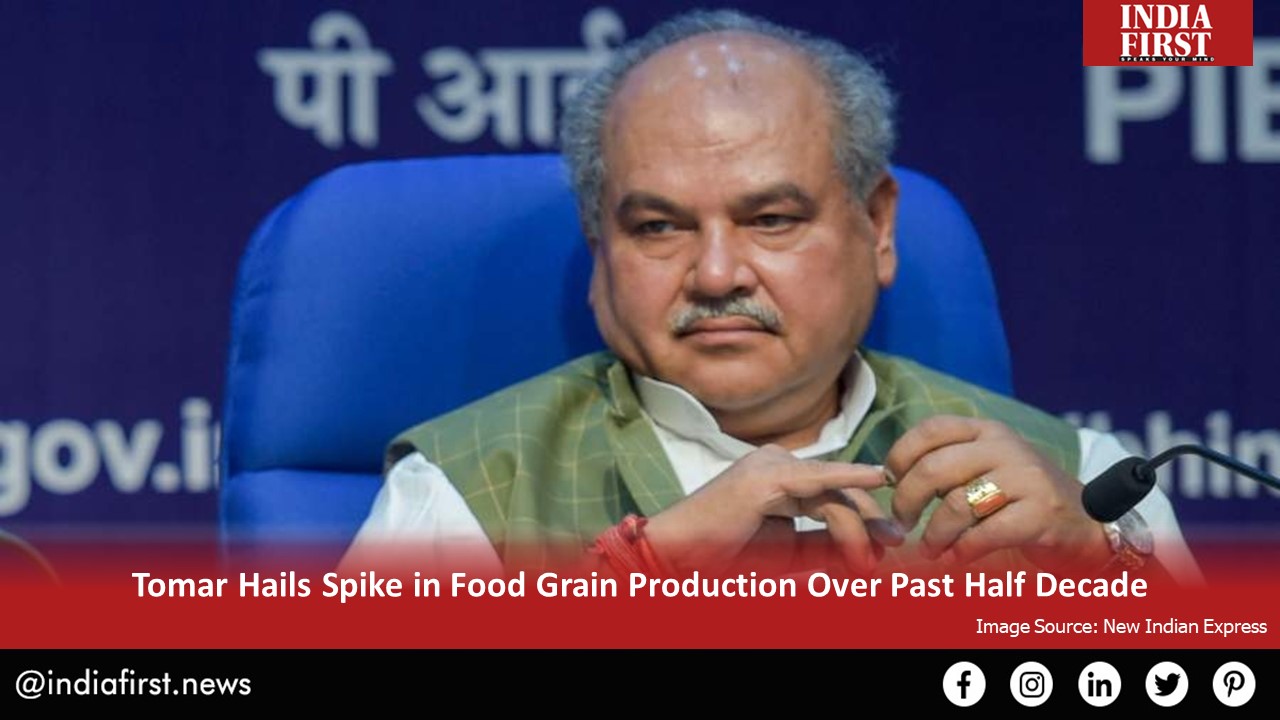 Union Agriculture and Farmers’ Welfare Minister Narendra Singh Tomar has said that the production of food grains in the country surged over 18 per cent in the past five years with a rise in productivity by 15 per cent.

He reiterated that India registered a positive growth rate even during the Covid-19 pandemic.

Addressing the 16th Meeting of the General Council (GC) of National Food Security Mission (NFSM) yesterday, Tomar said that the total production of food grains was at 252.02 million tonnes during 2014-15 and rose to 297.50 million tonnes in 2019-20.

India witnessed a sharp rise by 18 per cent during early five years of the Narendra Modi government, he said.

“Amid challenges in the agriculture sectors, the constant efforts made by the Centre and the state governments helped in achieving the targets,” he said.

Expressing satisfaction on the rising production of pulses in the country, Tomar stressed the need of more focus to increase their production or self-reliance.

He said work is also going on oilseed mission as acreage of mustard seed has increased but it needs constant rise in the coming years. He urged the states to ensure farmers get Minimum Support Price for their crops.

Tomar also said that 150 seed hubs have been created for pulses, 35 seed hubs for oilseeds and 24 seed hubs for nutritious grains in a bid to boost the production of these crops.