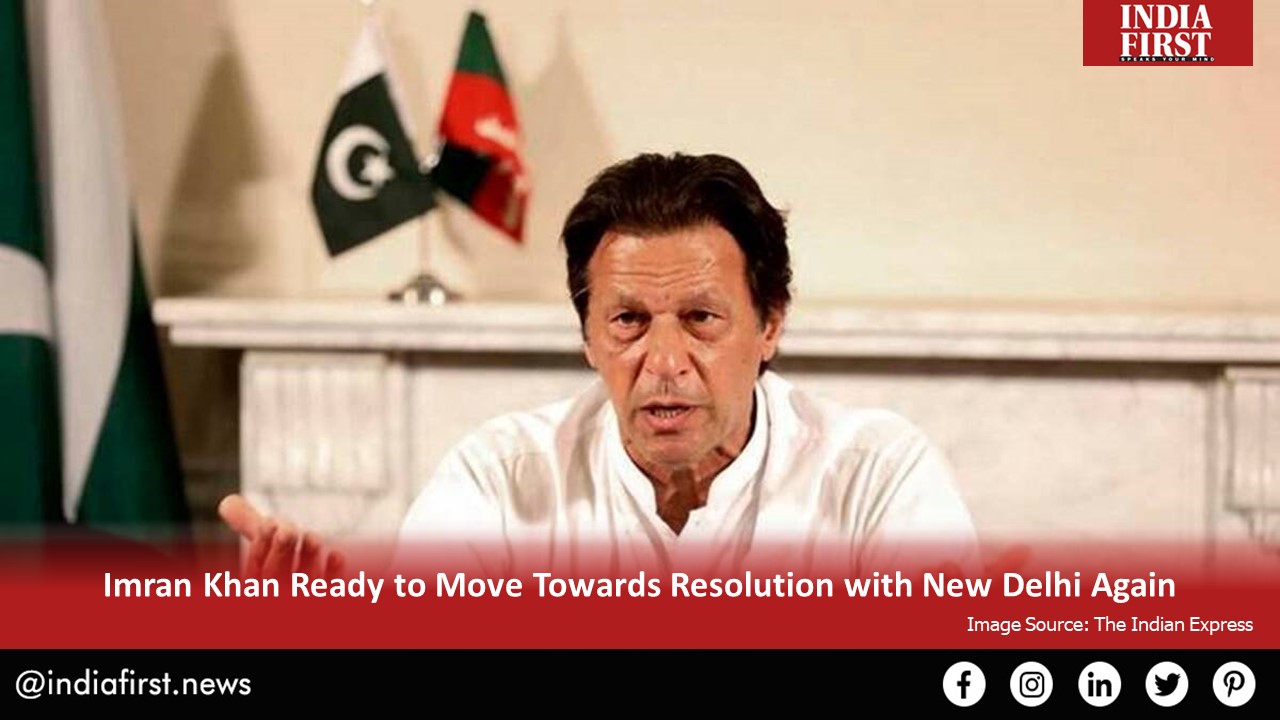 But, at the same time, the Pakistani Prime Minister has accused India of ‘irresponsible military brinkmanship’ for the Balakot airstrike.

Pakistan Prime Minister Imran Khan has renewed his open offer for dialogue to resolve all outstanding issues with India. Khan made a statement to that effect as he welcomed the ceasefire recently announced between Indian and Pakistani border security forces along the Line of Control (LoC).

The Pakistani Premier said the country has “always stood for peace and remains ready to move forward to resolve all outstanding issues through dialogue”.

“The onus of creating an enabling environment for further progress rests with India,” he said.

Khan’s renewed offer for dialogue to India comes after the Director Generals for Military Operations (DGMO) of both countries mutually agreed to enforce the ceasefire from February 25, 2021 along the disputed LoC, which has remained extremely tense with escalated engagements of shelling from both sides, leaving casualties of officials and civilians.

However, Prime Minister Imran Khan marked February 27, 2021 as “Surprise Day”, congratulating the armed forces of the country for successfully conducting Operation Swift Retort, which led to the downing of at least two Indian aircrafts (MiG21 & SU-30) jets and the capture of Wing Commander Abhinandan.

“I congratulate the entire nation and salute our Armed Forces on the 2nd Anniversary of our response to India’s illegal, reckless military adventure of airstrikes against Pakistan”, he added.

Khan said Pakistan is a proud and confident nation as it responded with determined resolve at a time and place of its own choosing.

Tensions have been intensifying between the two arch-rivals since February 2019, after India accused Pakistan’s hand in the Pulwama terror attack and launched an air-strike at an alleged militant training camp in Jabba near Balakot, Khyber Pukhtunkhwa province.

India claimed it had killed at least 350 terrorists belonging to Masood Azhar, being trained and fed there to launch terror attacks inside India. However, Pakistan rejected New Delhi’s claims and stated that the only casualty caused by the Indian “botched” air-strikes was two house buildings and a crow.

In that backdrop, the latest and rare joint statement by both countries is being seen as a major development.

Analysts however, believe that New Delhi’s agreement to enforcing a ceasefire at the LoC may be due to its tense standoff with China, which has been going on for months.