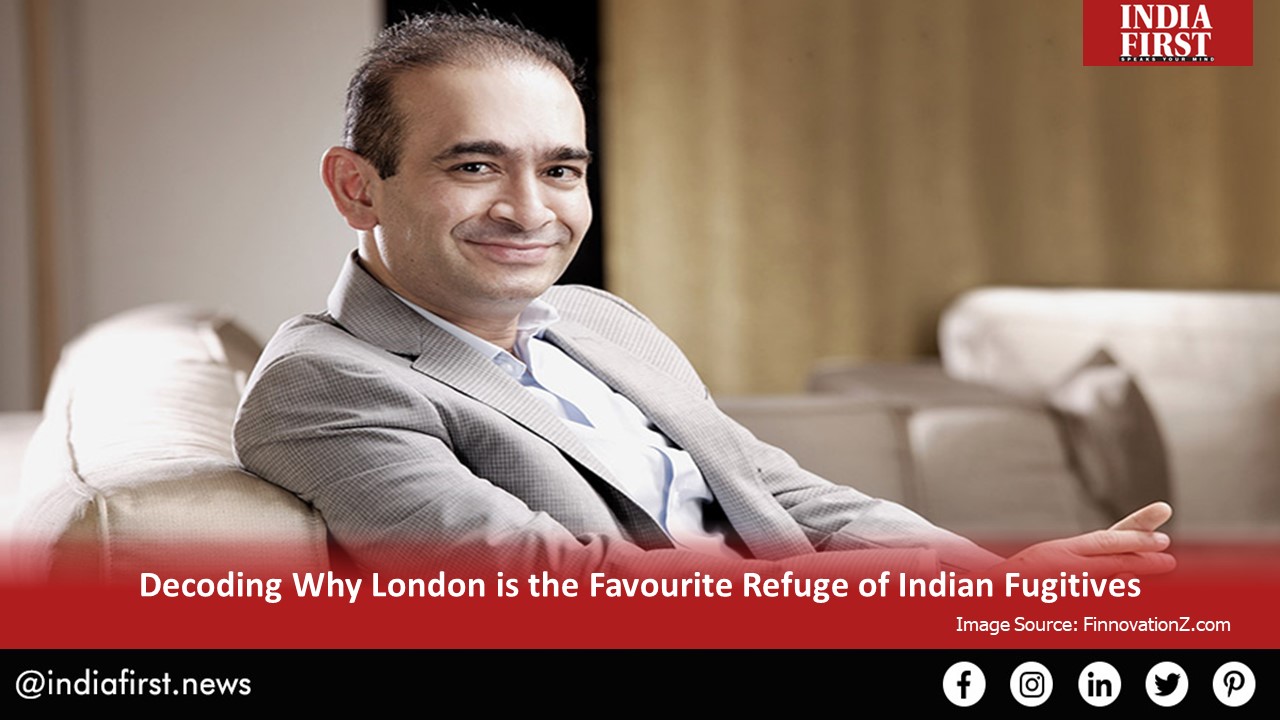 At a time when a British court has ordered the extradition of diamantaire Nirav Modi to India to stand trial in a Rs 13,500 crore bank fraud after dismissing arguments of his “mental health concerns,” saying they are not unusual in a man in his circumstances, and while that of billionaire Vijay Mallya, also accused of financial crimes, hangs in the balance, a new book delves into 12 extraordinary cases over seven decades that have seen London emerge as a safe haven for those who want to escape the law in India and unravels the legal quagmire that has caused much debate in Her Majesty’s courts – and consternation in New Delhi’s corridors of power.

In ‘Escaped: True Stories of Indian Fugitives in London’ (Penguin), Danish Khan and Ruhi Khan, through eyewitness accounts and archival records, delve into these 12 cases to decode why London is an irresistible siren for Indian fugitives.

More than throwing the spotlight on the ultra-luxe worlds of Modi and Mallya, the book also uncovers the complex ownership of their UK assets and brings to life the intense courtroom battles involving them.

The book also chronicles the saga of cricket bookie Sanjeev Chawla, now dispatched to India, and that of music director Nadeem Saifi, charged with the murder of music baron Gulshan Kumar. Saifi had fled to the UK in 2001 but the London High Court rejected the Indian government’s request for his extradition on the ground that there was no prima facie case against him. The request met a similar fate in the House of Lords while a sessions court in Mumbai exonerated him after a key prosecution witness turned hostile. Saifi chose not to return to India and eventually acquired British citizenship.

Then, the book reveals the inside story of how Lt Commander Ravi Shankaran (retd), the alleged spy in what is known as the Navy War Room Leak Case, was set free.

On the plus side, the book takes a trip through history as it recounts how a newly independent India managed to bring back two powerful industrialists, Dharma Jayanti Teja, and Mubarak Ali Ahmed, who were involved in financial crimes.

Danish Khan is a journalist and historian living in London. He has been covering the UK and Europe for Times Now, ET Now and Mumbai Mirror for a decade. Prior to that, he worked as a journalist in Mumbai. Danish was awarded the Martin Senior scholarship and the Amersi Foundation scholarship at the University of Oxford, where he is also involved in the Global History of Capitalism Project. He has taught history at the University of Oxford and Stanford University.