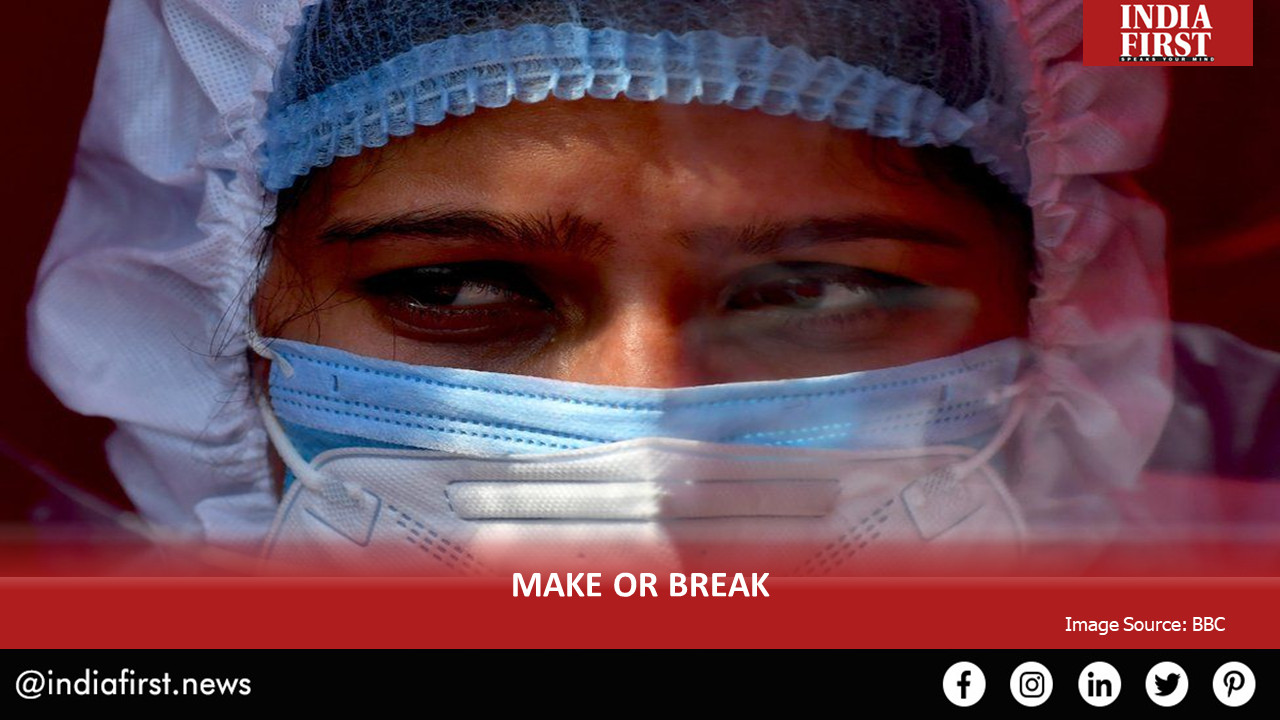 As rising Covid-19 cases threaten a full-fledged resurgence of the deadly virus, India cannot afford to drop its guard at this stage.

In December-January, it appeared as if coronavirus was tapering away in India. The three major aspects of the pandemic – the curve of cases, deaths and hospitalisations – which have been fluctuating, suddenly plummeted drastically. Many believed this might be the end of the pandemic, after it destroyed thousands of families and the economy. People began hoping – after a year when they were continuously being cautioned to maintain strict social distancing and wear masks – there may be light at the end of the tunnel and post-pandemic life may begin soon.

But February brought out some harsh realities and dashed all hopes that the pandemic was retreating. Scientists believe this is an important phase in the pandemic, as apprehensions are rife that cases may again begin to rise again, as the year-old coronavirus is unpredictable and also no one really knows for how long people will remain immune to it.

In the backdrop of emerging mutations, Prof. N. K. Ganguly, former Director General, Indian Council of Medical Research (ICMR), said “As mutations interact with the natural environment, they are likely to increase transmissibility and also increase virulence. Mutations and the new strains are endemic not pandemic. The surge in cases is mostly due to a drop of guard against the virus (non-appropriate Covid behaviour).”

He stressed that the decline in cases during winter season in northern India was not sufficient to conclude that virus was less active during winters, and indicated that cases might increase in summers, as it happened last year. Ganguly added that Maharashtra and Kerala have never experienced long winters, unlike northern India, yet cases have begun to increase this month. “In Maharashtra, they started train travel and cases increased”, he pointed out.

Except Maharashtra and Kerala, after a couple of months of lull, cases have also begun to rise in Karnataka, Telangana, Madhya Pradesh, Chhattisgarh, Delhi, Gujarat and Punjab. The surge in cases has come, after it fell below 10,000 daily in early February, from a peak of over 90,000 cases in September last year.

Many epidemiologists see the most common reason for the spike in some states is that normalcy is returning to people’s lives: big weddings, reopening of cinema halls, gyms and swimming pools, crowded markets, people not wearing masks and large political rallies in election-bound states. Scientists point out although there is an aggressive vaccination drive in progress in the country, it will take a few months to make a dent in the pandemic. Now, the virus is transforming faster than expected, and evolving into variants, which might bypass the immune system.

“Mutations are not the reason for rising cases, instead the economy has been opened…We don’t know how long the immunity will last…Difficult to say if antibodies are found in people, for how long they will stay, maybe 5 to 6 months”, Kant said.

He stressed that minor changes in the genome sequence of the virus is not an issue, and there is no need to panic with the emergence of new strains. “Covid is unpredictable, the entire world is struggling against it and it is also difficult to say how many waves will come in future”, Kant said.

The immunity against the virus is also a complex issue. People who have recovered from either severe or mild infection, after contracting the virus, it is difficult to predict how long their immunity will last against it. Also, how long will the immunity last against new strains.

Epidemiologist Lalit Kant says there is no explanation for the decline in cases and it has also nothing to do with the seasonal changes, as the virus is merely a year old and not enough is known about it.

“Virus goes into places where it was not present before and when it finds a susceptible population, then its transmission increases. Nearly 50 per cent people in Delhi were exposed to the virus. In case of bad infection, the antibodies may last for 4 to 5 months, and maybe less, in case of milder infection,” said Kant.

He explained that after mutations circulate, whichever virus transmits faster, will stay for a longer period.

“This period is an important phase; people need to be vigilant, and testing and tracing has to be increased… Scientists say contagious variant first discovered in Britain will become the dominant form of the virus in the US by March-end,” Kant added.