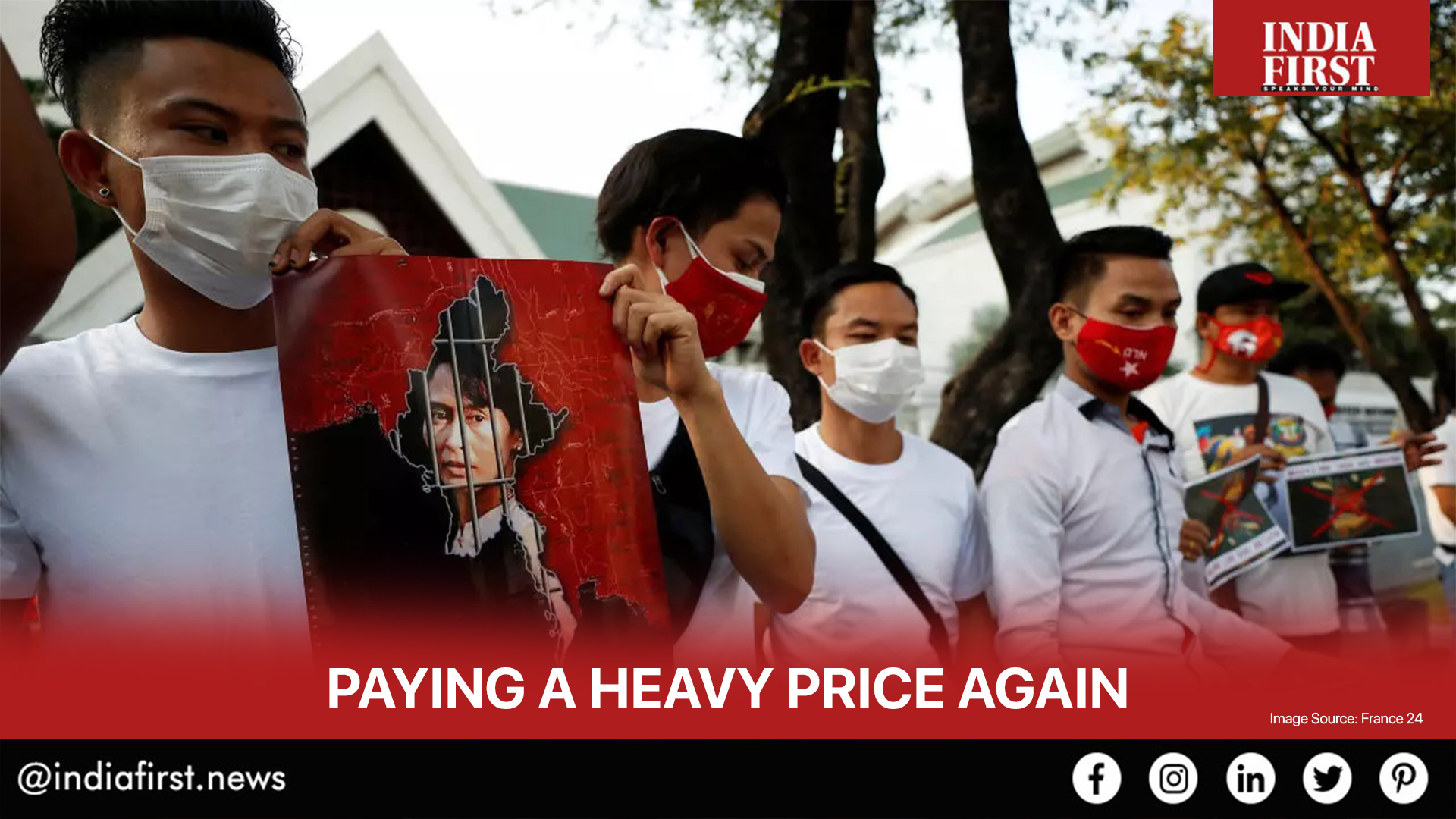 Back under house arrest since the military coup last month, Myanmar’s democratic leader Aung Suu Kyi has been dragged to court over flimsy charges as protests for her release continue in the country amidst a deadly crackdown.

Since her detention, the former State Counsellor has been under house arrest in an undisclosed location, said a BBC report.

The report quoted Suu Kyi’s lawyers as saying that she appeared to be in “good health” and asked to see her legal team.

According to the report, she originally faced two charges of illegally importing walkie talkies and violating the South Asian nation’s natural disaster law.

However, additional charges were added today, including breaching Covid-19 restrictions during the last year’s election campaign and for causing “fear and alarm”.

The case has been adjourned till March 15 and it was not immediately known of the punishments the new charges carry.

Citing the Myanmar Now news agency, the BBC report said that former President U Win Myint, who was also detained along with Suu Kyi on February 1, has been charged for incitement.

In response to the coup, Myanmar has witnessed continued protests demanding the release of Suu Kyi and the other senior officials of her National League for Democracy (NLD) party and also the restoration of the democratically elected government.

Yesterday, 18 protesters lost their lives, making the deadliest day of the demonstrations.

Protests were staged today, too, despite the military and police ramping up its response against the agitating crowds, the BBC reported.

The military staged the coup on February 1 and declared a year-long state of emergency.

It handed all state power over to Commander-in-Chief of Defence Services General Min Aung Hlaing.

The military seized power after it had demanded the postponement of new parliamentary sessions, citing massive voting fraud in the November 8, 2020 general elections, which saw the NLD win a majority of seats in both houses of parliament.