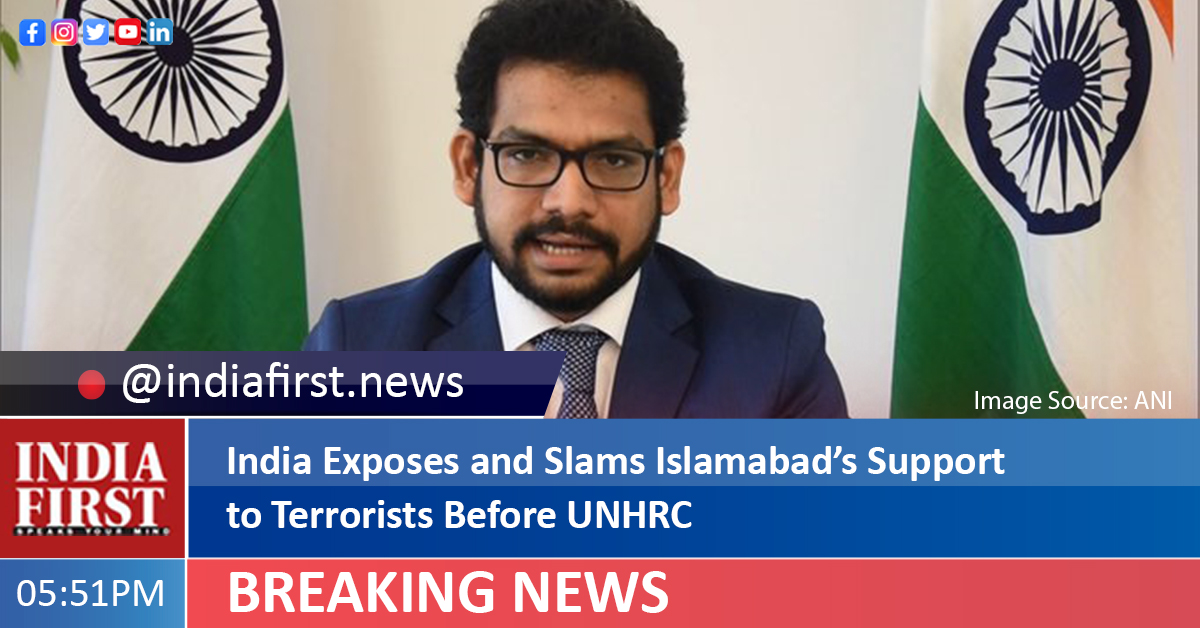 India has exposed Pakistan for hosting the largest number of terrorists proscribed by the United Nations and providing them pensions out of state funds.

The first secretary of Permanent Mission of India to the UN, Pawan Kumar Badhe said this in India’s right of reply to statements made by Pakistan and the OIC under oral update by the high commissioner of human rights at the United Nations Human Rights Council.

Pakistan’s deliberate misuse of this august forum for its malicious propaganda against India, aimed at diverting the attention of the Council from its own serious violations of human rights, has remained a constant, Badhe said.

Pointing out that Islamabad has provided pensions to dreaded and listed terrorists out of state funds, the Indian representative said that Pakistan has the dubious distinction of hosting the largest number of terrorists proscribed by the United Nations.

Pakistani leaders have admitted the fact that it has become a factory for producing terrorists, Badhe argued, adding that Pakistan has ignored that terrorism is the worst form of human rights abuse and the supporters of terrorism are the worst abusers of human rights.

The Indian envoy urged the Council to ask Pakistan why the size of its minority communities such as the Christians, Hindus and Sikhs has drastically shrunk since Independence and why they and other communities such as Ahmadiyyas, Shias, Pashtuns, Sindhis and Baloch, have been subjected to draconian blasphemy laws, systemic persecution, blatant abuses and forced conversions.

Holy and ancient sites of religious minorities in Pakistan have been attacked and vandalized, he pointed out. Enforced disappearances, extrajudicial killings and arbitrary detentions of those who try to speak against the establishment are rampant in Pakistan and have been carried out by the State’s security agencies with impunity, Badhe said.

The Indian representative mentioned that recently, Ahmed Omar Saeed Sheikh, the key suspect in the murder of the Wall Street Journal journalist, Daniel Pearl, was allowed to go scot-free.

Pakistan, a country in dire economic situation, he said, will be well advised to stop wasting time of the council and its mechanisms, stop state-sponsored cross-border terrorism and end institutionalized violation of human rights of its minority and other communities.

India, he said, rejects the reference to the union territory of Jammu and Kashmir in the statement of the OIC. It has no locus standi to comment on matters related to Jammu and Kashmir, which is an integral and inalienable part of India. It is regrettable that OIC continues to allow itself to be exploited by Pakistan to indulge in anti-India propaganda, Badhe said.