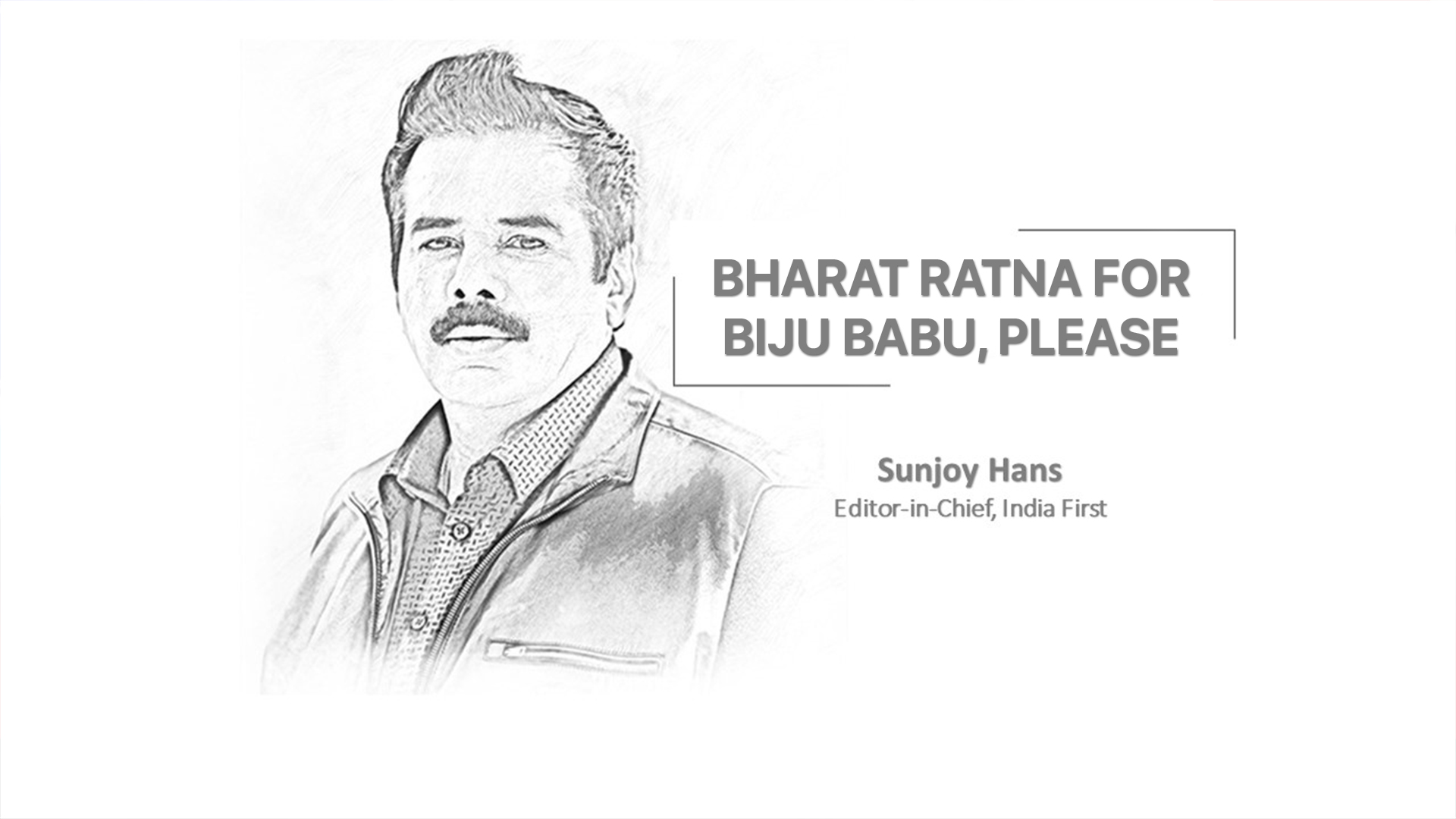 Bharat Ratna is the highest civilian award of India and if there is one leader from Odisha who richly deserves this honour, it is the legendary Biju Patnaik whose claim to fame rests as much on his achievements in the field of politics as on his contribution to India’s freedom. Indonesians remain beholden to the late leader forever for his heroic role in saving their country from the clutches of Dutch colonialists in 1947. Indonesia has already honoured him with the ‘Bintang Jasa Utama’ award and last year a special wall was dedicated to the former Chief Minister of Odisha when the Indonesian Embassy organized an exhibition at the Nehru Memorial Museum and Library in Delhi.

But the Bharat Ratna award continues to elude the late leader, much to the chagrin of millions of Odias who hero-worship their Biju babu. The demand for the conferment of the country’s highest civilian award on Biju Babu, one of the architects of modern Odisha and a leader with a national vision, was reiterated recently by leaders cutting across party lines. Recalling his immense contribution not only to Odisha but also to the country’s freedom and nation building, the leaders described him as a statesman who will remain an inspiration for present and future generations. They sought Bharat Ratna for him on his upcoming birth anniversary on March 5.

The ruling Biju Janata Dal (BJD) which has been named after the leader and is being led by his son, Naveen Patnaik, currently in his fifth term as the chief minister of the state, has been demanding a posthumous Bharat Ratna for him for a long time now. But it has never been a partisan demand. Realizing that this has become a highly emotive issue for the people of the state, leaders of all major parties have backed the demand that was first raised in the immediate aftermath of leader’s death in 1997. His last rites at the Swargadwar in Puri were attended by the top national leaders of the time, a testimony to the respect that Biju Babu commanded in national politics.

Born Bijayananda Patnaik, he was always an inspiration for the youth. A pioneer in the field of industry and aviation in Odisha, he set up the Kalinga Tubes and Kalinga Airlines, among his other ventures. His contribution to the popularization of science and technology through the international Kalinga Prize will always be remembered.

As one of the architects of modern Odisha, he spearheaded major projects such as the Paradip port, Orissa aviation centre,  Bhubaneswar Airport, the Cuttack-Jagatpur Mahanadi highway bridge, Regional Engineering College, Rourkela and Sainik School, Bhubaneswar, just to name a few. The development of Choudwar and Barbil industrial belts is also among his lasting contributions to the state. Always a keen sportsperson, he also established the Kalinga Cup in football. An all-rounder who left his indelible stamp on everything that he did, Biju Patnaik is revered not just by Odias but all patriotic Indians. The Government of India should lose no time in conferring the Bharat Ratna on him, thus making amends for the delay already made in this regard.