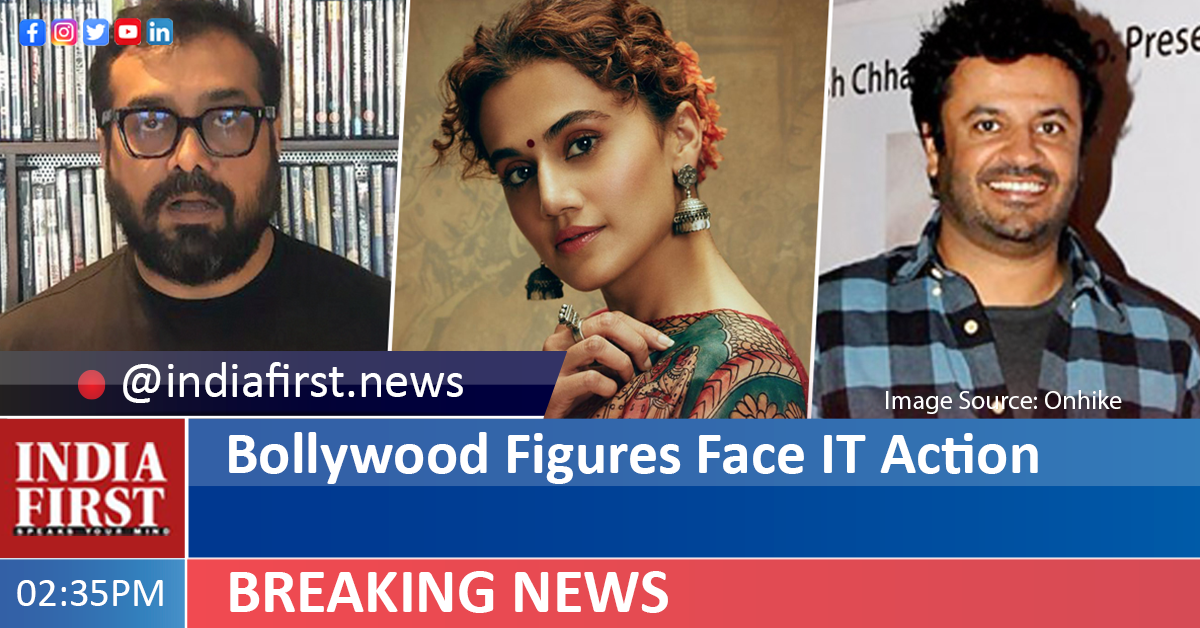 The Income Tax Department has already conducted raids at the premises of filmmakers Anurag Kashyap and Vikash Behl and actor Tapsee Pannu.

In a massive action against some big Bollywood personalities, the Income Tax department has carried out searches at the premises of noted film director Anurag Kashyap, actor Taapsee Pannu and filmmaker Vikas Bahl.

An I-T department source related to the probe said, “Searches are on at the premises of Pannu, Kashyap and Bahl in Mumbai and other locations.”

The source, however, refused to share further details of the case.

The source further said that multiple teams of the agency sleuths were carrying out searches at over 22 locations in Mumbai and several other places, including the premises of the Phantom Films.

However, officials of the I-T department remained tight-lipped on the searches at the premises of Phantom Films.

According to another I-T department official, the searches are going on at the premises of these Bollywood personalities in connection with some “tax evasion” matter.

Kashyap, Bahl and Pannu have been vocal on the social media platforms and have also raised their concern over the farmers’ protest, which have been going at the borders of the national capital since November 26 last year against the three farm laws.

In response to the IT department action, some observers said people of Bollywood need to get their own accounts and dealings clean before baselessly accusing the government of injustice against the nation’s farmers.