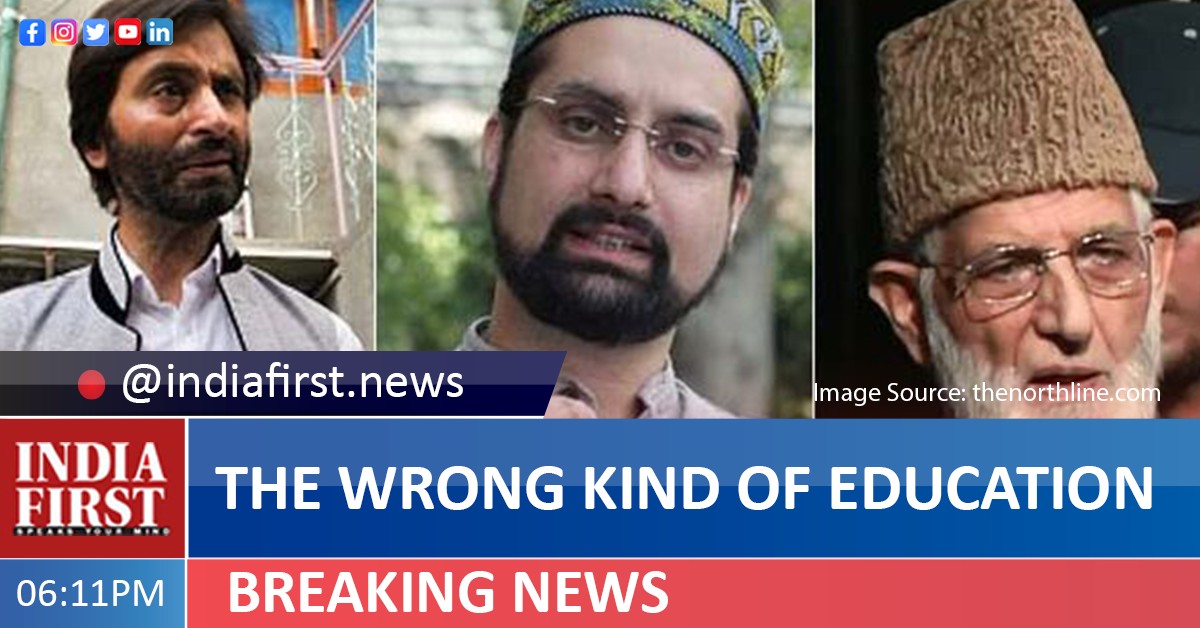 It is established beyond doubt now that admitting Kashmiri students to its colleges was always a part of Pakistan’s plans to radicalise the Valley’s youth against India.

Pakistan offering scholarship for MBBS and engineering courses to Kashmiri students has remained a part of its strategic game plan to radicalize the youth and make them lean towards separatism.

The lid over the murky intentions of India’s rogue neighbour was blown off by the National Investigation Agency (NIA) in 2018 while investigating different aspects of the terror funding case in Jammu and Kashmir.

In a charge sheet filed by the NIA in the terror funding case in February 2018, the investigating agency stated that there is a triangular nexus of terrorists, the Hurriyat and the Pakistan establishment that is patronising the Kashmir students in order to prepare a generation of doctors and technocrats who will have leanings towards Pakistan.

Sending young students to Pakistan was managed by the Hurriyat leaders, the hawk Syed Ali Shah Geelani and the Hurriyat dove, Mirwaiz Umar Farooq. They were the ones who used to provide the students with letters of recommendations for visas.

“During the course of investigation, it was ascertained that students who were proceeding to Pakistan on student visas were either relatives of ex-militants or relatives of families of active militants who had indulged in various anti-national activities and had migrated to Pakistan or they were known to Hurriyat leaders,” the NIA charge sheet had stated.

Besides sending the relatives of ex-militants, the henchmen of Hurriyat leaders, used to take money from the affluent people to send their wards to neighbouring country for various courses. Their modus operandi was simple: They used to keep the money with them and certify that the family members of candidates being sent by them to Pakistan were somehow connected with separatist ideology. The biggest qualification for attaining a visa to Pakistan for studies was to prove that one had separatist leanings.

The NIA had seized a document from the house of Nayeem Khan wherein he had recommended a student for admission in a “standard medical college” in Pakistan because “her family had remained committed to the freedom struggle through thick and thin”.

This practice of recommending students continued for a long time under the watchful eyes of the erstwhile political regimes in Jammu and Kashmir but none of the former chief ministers, including Farooq Abdullah, his son Omar Abdullah or Mehbooba Mufti cracked a whip to stop this unholy nexus which more than providing education was aimed at polluting the young minds.

Kashmiri students, who went to Pakistan to pursue their higher studies, from the very first day were fed with a narrative that they have got the admission on the basis of them being a part of a family that pursues separatist agenda and opposes New Delhi’s rule in Jammu and Kashmir.

When these students were admitted in the professional colleges in Pakistan, they were fed with the information that is in line with the country’s Kashmir policy. It is common knowledge that Pakistan wants every Kashmiri to become a part of the proxy war which it has been fighting in J&K for the past three decades.

Pakistan, on the pretext of providing education, made every possible attempt to radicalize Kashmiri youth who after returning to the Valley could spread hatred against India and its rule.

According to the data which was shared by the officials nearly a year ago, around 700 students from Jammu and Kashmir, maximum of them from the Valley, were pursuing different professional courses in Pakistan colleges.

The MCI in its notification had stated that the PoK is under illegal occupation of Pakistan and it’s a part of Jammu and Kashmir, the medical institutions across the Line of Control cannot function without the prior permission of the MCI.

The issue of students studying in PoK snowballed into a major controversy in 2017, when MCI refused to allow the first batch of Kashmiri students from the newly established medical colleges in PoK to appear for the Indian medical certification test. After this, the Kashmiri students pursuing MBBS in PoK colleges were shifted to other institutions in Pakistan.

In 2019, the University Grants Commission again flagged the issue and cautioned students against taking admissions in PoK colleges. In the same year, J&K HC granted relief to a Kashmiri student Hadiya Chisti, who had completed her medical degree from a PoK college, after MCI withheld her registration. The court had asked the Ministry of External Affairs to consider her case as PoK is part of India.

The students who were shifted from Muzaffarabad to other colleges in the country lost two to three years as they had to seek fresh admission in the new institutions where they were moved to. Kashmiri students should understand that even if they complete their professional degrees in Pakistan, these will be of no use in India, where they have to pursue their careers.

The very basis of sending students to Pakistan for professional courses is wrong, according to many observers. This practice should stop immediately, they say. Prior to Narendra Modi taking over as the Prime Minister of India, none of the erstwhile regimes either in the Centre or in Jammu and Kashmir paid any attention to this burning issue. The steps to discourage this practice were taken only after the Central Government led by PM Modi gave a freehand to investigating agencies to tighten the noose against the anti-national elements. After the abrogation of Article 370 the number of students seeking admission in Pakistan colleges has declined considerably as the brokers (Hurriyat leaders) have almost winded up their business.

Some say sending young minds to a country which preaches hate and sedition is in itself a big flaw. There is no need to send young boys to a country that has no value for education, they point out. Pakistan’s literacy rate is just above 50 per cent. A country which cannot provide education to its own denizens cannot be expected to educate the children from other countries. The world is aware of the fact that Pakistan is a safe haven for terrorists and it grooms terror in its backyard.

The Kashmir situation is changing fast and after August 5, 2019, when the Centre abrogated J&K special status and bifurcated it into two union territories, people of Kashmir have realized that their future is safe and secure with India – and that Pakistan is an illusion which needs to be forgotten.