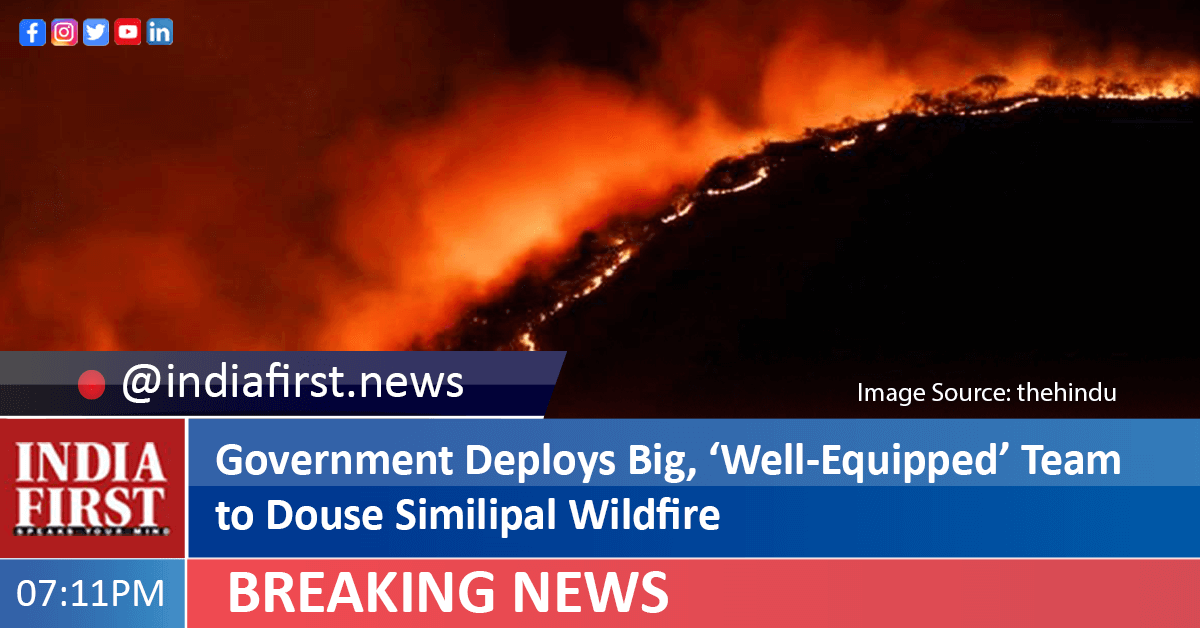 As fire continued to ravage the Similipal Tiger Reserve (STR) in Odisha’s Mayurbhanj district, the state government today sent a high-level team to the spot to examine the forest fire situation and control the raging inferno.

Forest and Environment Minister Bikram Keshari Arukh directed the Principal Chief Conservator of Forest (PCCF) and other senior officials to visit the spot and assess the situation.

“I have asked the PCCF, Wildlife to ascertain the cause of the fire and examine the situation. The PCF will submit a report to the state government on Thursday,” the Minister said.

The Minister’s directive came a day after Union Minister for Environment, Forest and Climate Change Prakash Javadekar ordered the concerned authorities to initiate immediate steps to douse the fire and report him on the measures.

The Minister was responding to a tweet by Petroleum Minister Dharmendra Pradhan, who drew the attention of Javadekar and Chief Minister Naveen Patnaik on the incident.

The fire has already spread to Betanoti, Rasgobindpur and Morada forest ranges of the national park, endangering wild animals including tigers.

“We have mobilised adequate number of officials along with well-equipped fire squads to bring the fire under control,” said J.D. Pati, STR additional director.

He said over 1,000 personnel including 250 forest guards have been engaged. Moreover, 40 fire tenders and 240 blower machines are being used to contain the blaze, Pati added.

In a tweet, Sarangi said the fire in the Similipal forest is not a good sign for Asia.

The Similipal forest is spread in an area of 2,750 square kilometers. It also has a sanctuary, which is home to several species.