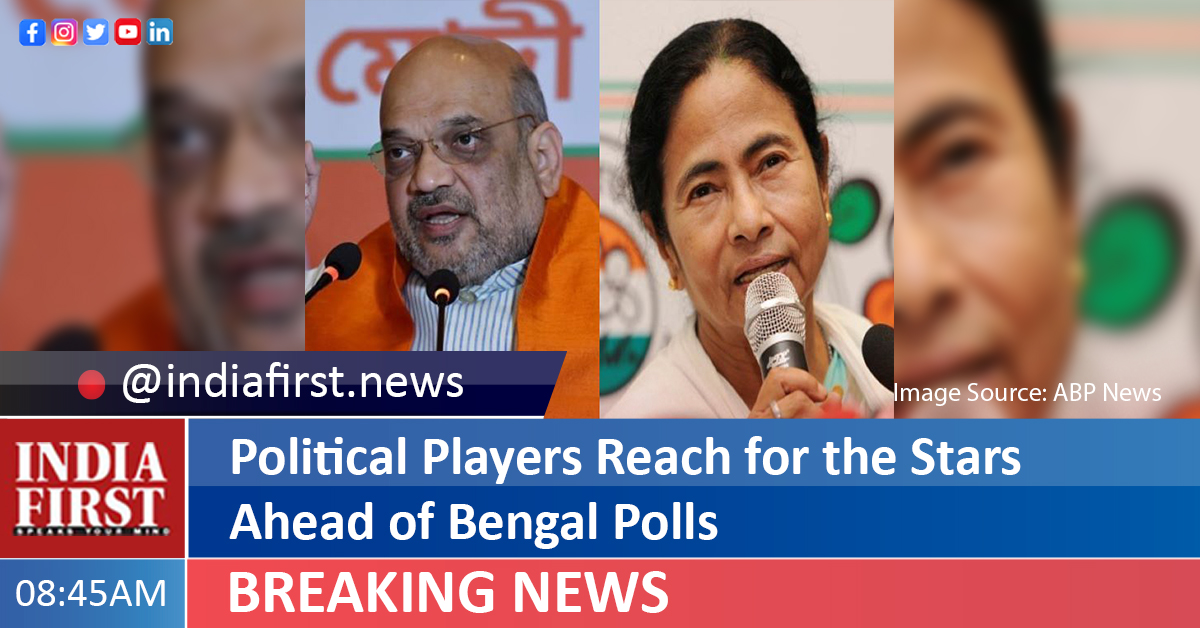 As election-time temperature soars in West Bengal, political parties have opened their doors to local cine-stars, virtually offering them an alternative career path to join the mainstream electoral politics.

A slew of Bengal Tollywood celebrities have recently joined both the camps of the state’s ruling Trinamool Congress and its arch-rival Bharatiya Janata Party (BJP).

Interestingly, Trinamool Congress yesterday organised a unique workshop for celebrities where the party’s Rajya Sabha leader Derek O’Brien trained all the newly inducted Tollywood personalities how to do campaign and win hearts of the general voters.

The workshop, which went on for over one-and-a-half hours, was attended by Chakraborty, Sudeshna Roy, Manali Dey, Sourav Das, Ranita Das, Sreetama Bhattacharya and many others.

According to sources, the celebrities were told not to indulge in personal attacks and talk more about the development schemes that the Trinamool Congress had introduced in Bengal in the last 10 years.

They were also given a book which has all the details of every state government schemes and benefits. The celebrities were instructed to study the book thoroughly and mix up with the voters to win support for the party.

“When I had started my career, I was not a director. But slowly I learnt the tricks of the trade. The workshop was also targeted at making all of us politically aware about the party’s guidelines, the state government’s various schemes and its performance in the last 10 years. Such workshops are really effective for people like us who have come to the mainstream political arena from different fields,” said Sudeshna Roy.

Actor Hiran Chatterjee, who was known as a Trinamool insider, also joined the BJP and was seen campaigning with the party’s state unit president Dilip Ghosh in Malda and South Dinajpur districts last month.

If the right-wing forces are scoring on local celebrity quotient, how can the Left parties be far behind?

On February 28 at a mega show at Kolkata’s Brigade parade ground, the Communist Party of India-Marxist (CPI-M) had showcased a number of celebrities like actor Sabyasachi Chakraborty, Badaga Moitra, director Aneek Dutta and Kamaleswar Mukherjee, among others, who openly campaigned for the Left-Congress-Indian Secular Front (ISF) alliance.